on March 12, 2012
Back in Montreal after a busy week in San Francisco on the annual pilgrimage to the Games Developers Conference. Personally I like GDC because it isn't a marketing show like E3 or GC. It's an actual conference where you get to meet people, listen to experienced people share their opinions or swap war stories, and generally get to interact with the development community. I get to see some old friends who have moved on to other studios, and when the meeting schedule allows, actually get to go to the occasional session. 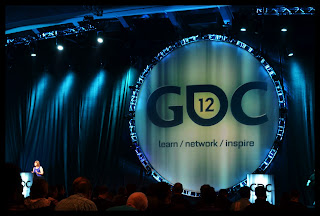 The keynote this year wasn't so much of a keynote as rather than having one high profile speaker, they gave a selection of those taking part 45 seconds to give a sales pitch for their session. It was a fun way to kick things off. 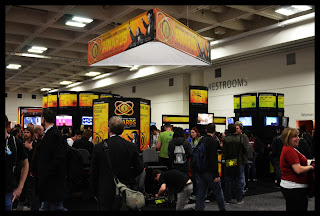 The IGF pavilion is always one of the main draws on the expo floor. There were once again some great indie titles on show, and I enjoyed my time with a few of them, lots of worthy nominations this year. 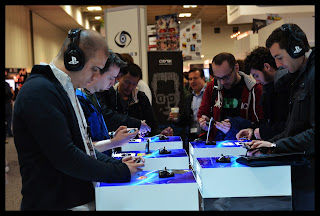 The Playstation showfloor was popular with lots of people trying their hand at the new Vita hardware and games. I have to admit that even though I already have my Vita, I couldn't resist grabbing some time with Lumines as a break from schedule on Thursday morning! There is just something about that game that is perfect for switching off the world for twenty minutes. 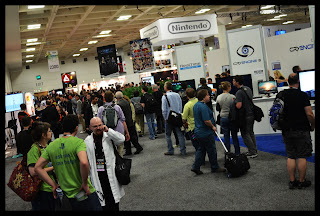 The sessions that I attended were interesting for the most part, and I managed to get to more sessions than in any previous year. I always enjoy what David Cage has to say, even if I don't always agree, and this years was no different, and the Kara tech demo was certainly impressive. You have probably seen this already if you were following the show, but it's worth the link anyway.

On the development side, it is good to see the industry searching for the ways in which we can continue to foster innovation alongside the increasing commercial demands on developers. Lots of talk about the process of game development and the potential of adopting more iterative prototyping.

The focus for the company of course was the presentations that Ragnar and The Secret World team were doing for the press. The embargo lifts on Thursday and the press will be allowed to share in what they saw, but they seemed to be excited by it. It is nice to get to sit in on those presentations and not have to do them for a change!

This is a busy time for all of us at Funcom, with TSW launch closing in, and with Age of Conan, Anarchy Online and Pets Vs Monsters all updating, the chance to recharge the batteries and soak in some inspiration from events like GDC is very welcome. I always return from this event with a little skip in my step and with the thought processes in overdrive.

...it has however put me behind the curve in terms of time with Mass Effect 3, and with there seemingly being some controversy about it's ending, I am trying very hard to avoid spoilers so that I can decide for myself.