on January 16, 2013
Those who have been following me on Twitter will have seen the occasional glimpses of a personal project I have been working on since the summer. After a lot of hours at the painting table, it's now complete.

A bunch of the designers here at the studio in Montreal got me back into playing Warhammer 40k on a regular basis. While I have played since I was a kid (Nostalgia tidbits - the first set I played with was an epic scale box in the early nineties, which used to generate all kinds of sibling conflict between my brother and I when we played. My first ever paid job was also working at a Games Workshop store!), and I have always kept painting now and again. However it has been a good few years since I embarked on a project that was going to take many months and countless hours to complete.

The group I play with here is very laid back, and we don't enforce people having to have painted models, but as a long time painter I suffered from the compulsion to paint, model and create! Thus a Tau army was born.

It's now complete, and I'm pretty happy with how it turned out, so I thought I'd share. Lot's of images after the cut!

I didn't want them all to look identical, and wanted to be able to quickly see the difference on the battlefield while keeping the same colour scheme, so went with alternating the colours throughout the army. I choose red as the primary colour, and then a selection of black, purple and white as the unit designations and went from there. I wanted a sense of cohension without a completely uniform approach to every unit or model. 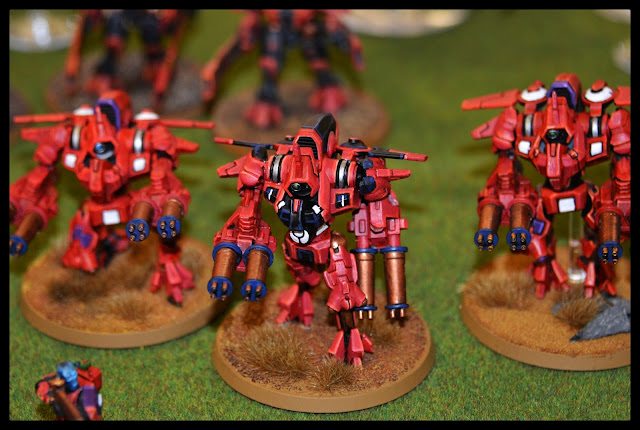 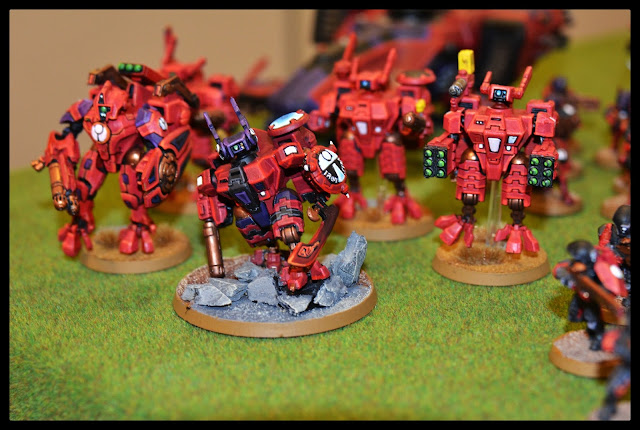 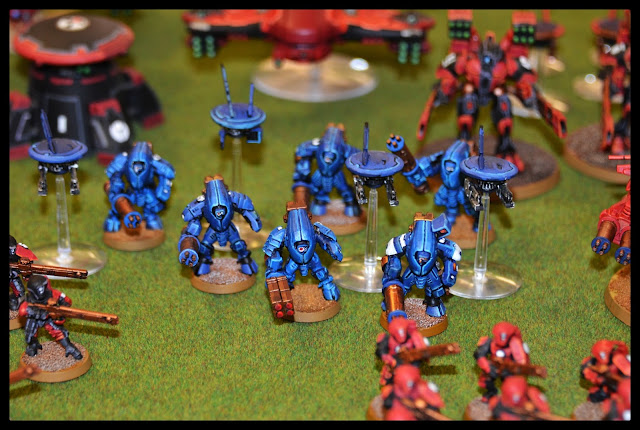 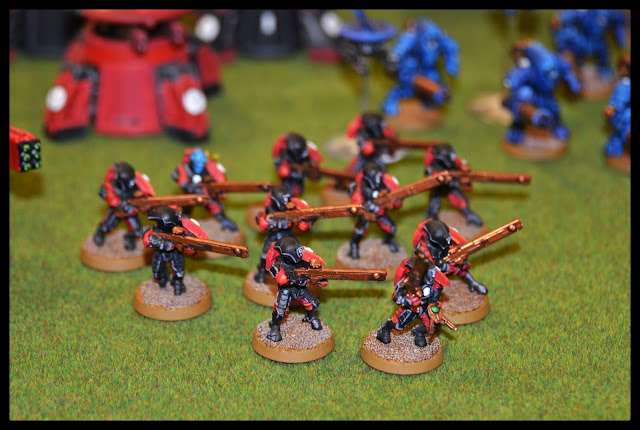 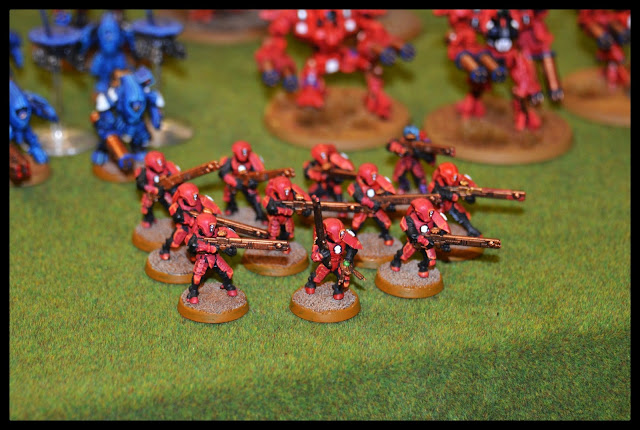 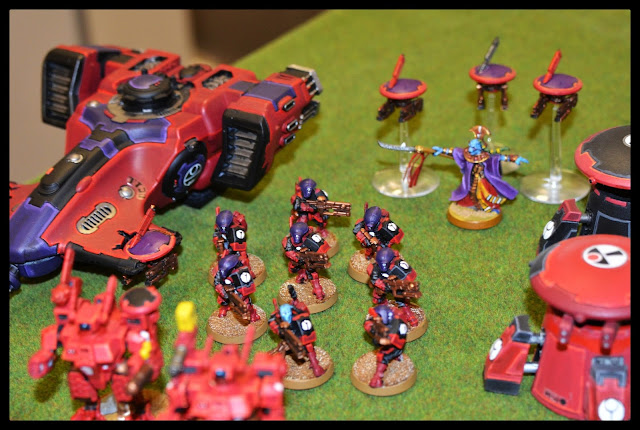 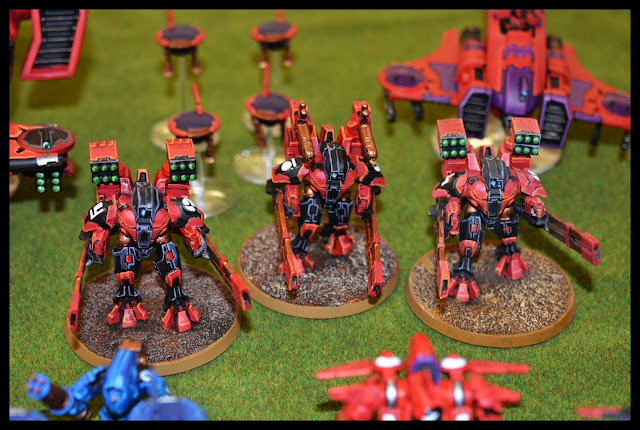 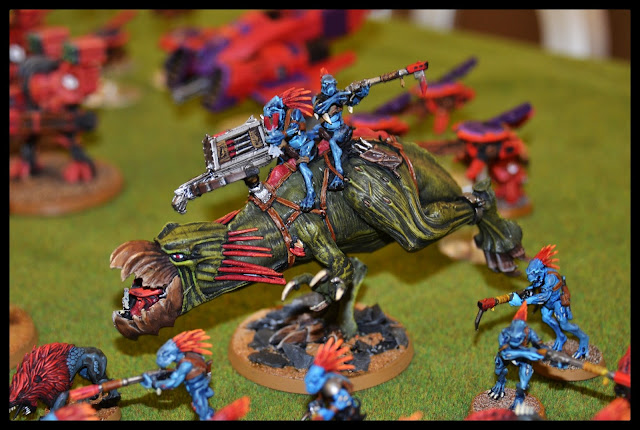 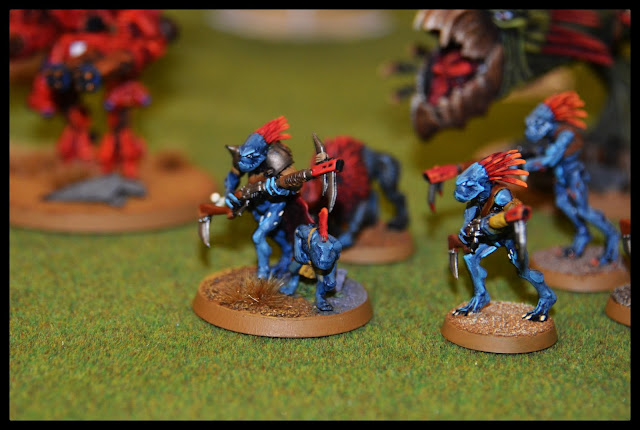 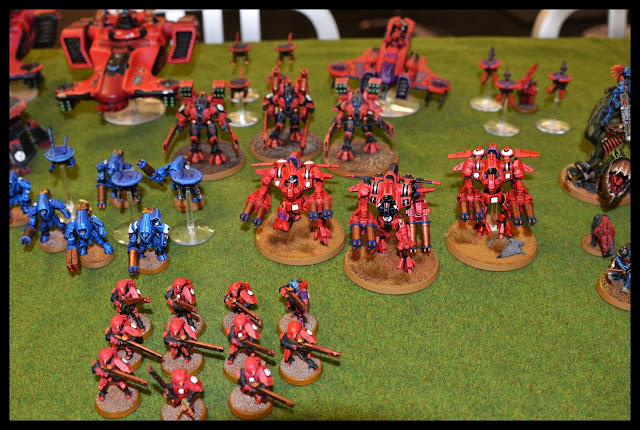 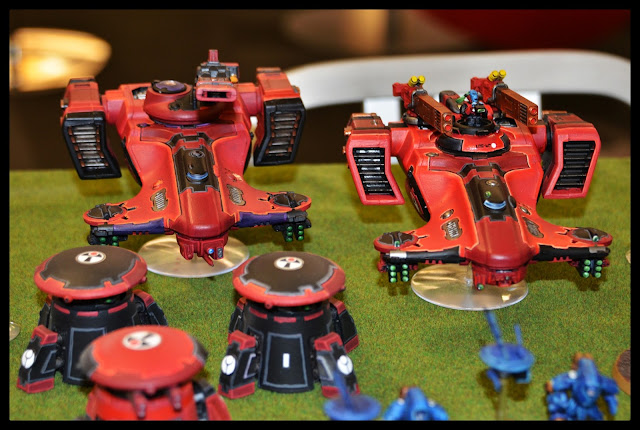 This project was a lot of fun to complete, and the painting bug has well and truly bitten me again! The question is what to do next!

AmandaP said…
Wow, you painted all of those yourself? Great job! I find it really interesting that so many of you game development types end up doing other creative stuff quite well. You hear and see a lot of devs being good photographers, painters, writers etc. It must be something in your brains :p
January 16, 2013 at 10:23 AM

DadA said…
Great work. I am just starting out on a Tau army myself, and this is great inspiration. I love the stealth team!
January 19, 2013 at 1:53 PM