on April 19, 2013
This is probably the largest game I've played, as I took part in a 4v4 8000 pt Warhammer 40k battle demonstration game. It was really just for kicks and to show the game to some new folk. Great fun, even if it was all a little chaotic. Large games like this end up pretty unwieldy and we called it after three turns, and a lot of carnage! It was fun to use the new Tau units and give the full army a run out. 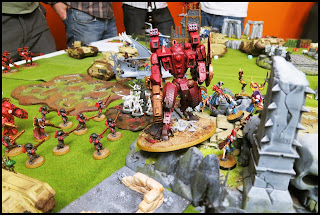 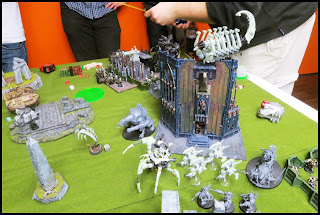 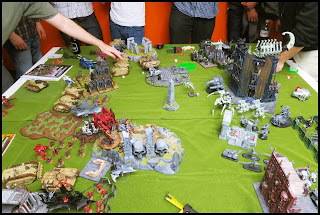 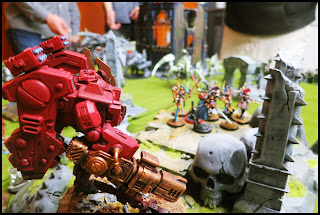 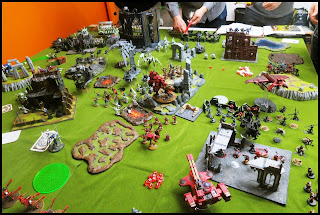 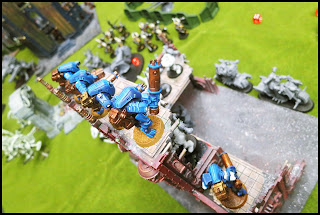 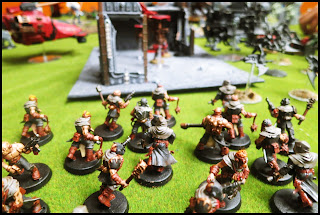 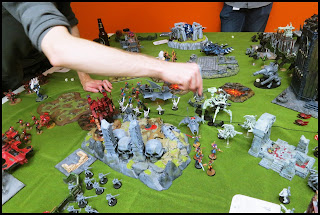 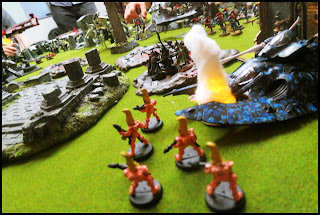 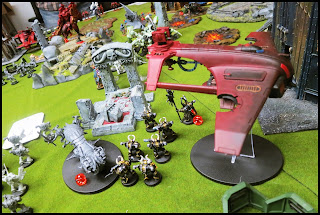 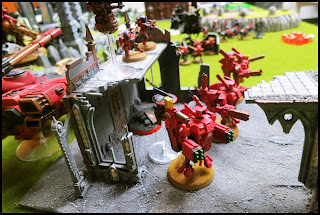 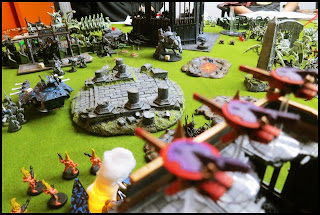 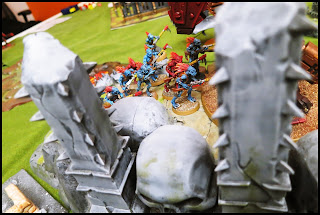 It was a lot of fun to rake part in the chaos!