on October 12, 2014
This weekend's first project was finishing up a Space Wolf Dreadnought that I put together from he new Dreadnought kit that came out with the last wave of Space Wolf releases. 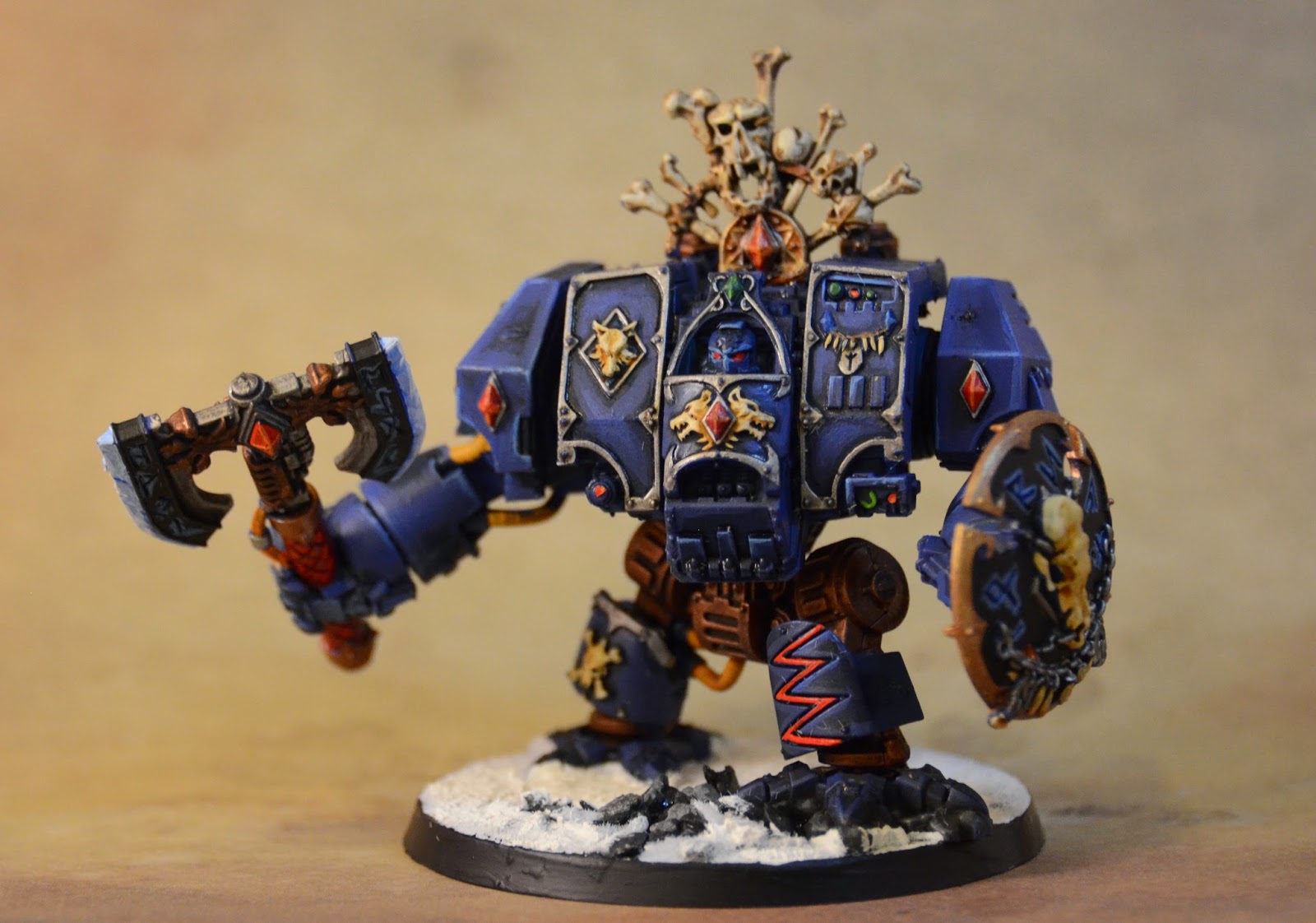 The new version stands taller than the old slightly squat dreads. Not sure that the axe and shield combo will be the most effective option on the battle field, but I loved the look, so simply had to put him together in this configuration.

The details on the weapons is great, and, as is usual for the Space Wolf kits, the little details really make the model. He should look the part leading from the front of my Space Wolf pack. I also came him a spin in the new studio set-up for some 360 action.

Next up might be another dread as I have the old cast of Bjorn ready to go, but also have some more of the trolls on the painting table.