on October 12, 2014
This weekend saw the Indiecade event in Culver City near Los Angeles. Since that is now right on my proverbial doorstep we decided to take the afternoon out and headed up there to check out all the latest from the realms of indie development. 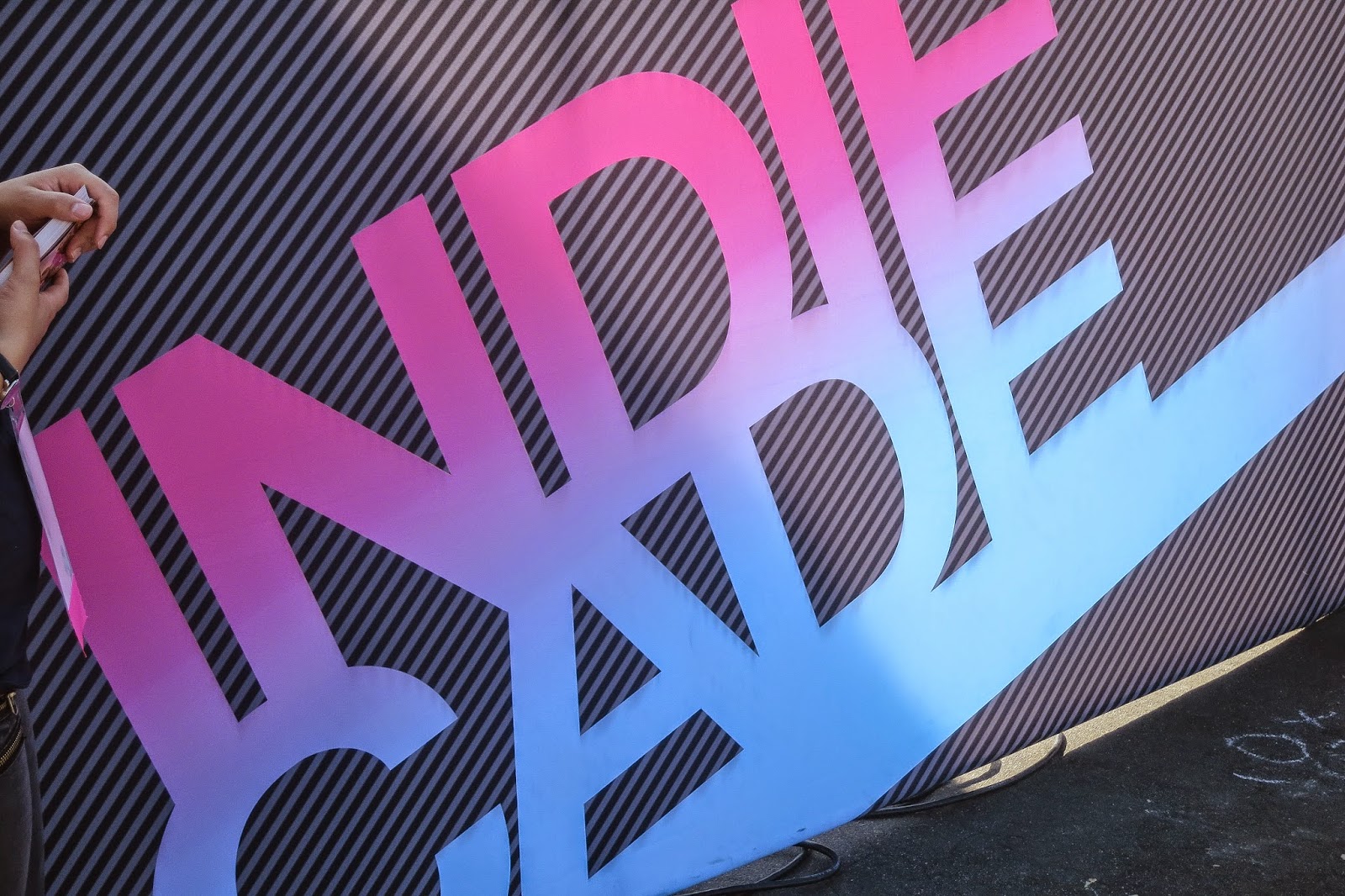 There was a bunch of great indie titles on show split across two separate festival locations. One of the local firestations had been requisitioned for an area that was open to the public, and showcased the festival selections. Then the main village was home to the rest of the visiting games.

There were quite a few titles that pushed playing with friends front and center, and not just in the virtual sense. There was a whole slew of games that are most fun when played with people in the same room, and some designed only for that scenario. Local multi-player is the proverbial new black, and you're encouraged to grab some friends (the challenge might be keeping them!)

Games like Crawl, and Close Castle are clearly going to be all the more awesome when the combatants are in arms reach, and some, like Elbow Room, Joust, and Bounden call for actual physical proximity as a prerequisite.

Virtual Realities are in

There was a collection of titles on display that were utilizing some form of he new generation of VR tech. Lots of experimentation going on here.


Perhaps the most interesting though was not strictly speaking a game at all.

Use of Force takes an almost documentary approach and puts you in the middle of a situation as a form of social commentary. In this case recreating the moments of the real life events in which Anastasio Hernandez Rojas was beaten and tasered to death by border patrol.  Using the VR kit immerses you in the traumatic events as if you were are eye-witnesses along the US-Mexican border.

It demonstrates that education can be just as powerful a motivation for the use of this technology.

Indiecade pitches itself as 'the Sundance for games' and there are certainly some stylish looking games that have a style all of their own.

I loved the look of games like Elegy for a Dead World, A Night in the Woods, Earth Night, and Never Alone. They all show that indie teams can create their own styles that stand up well against bigger budget titles.

There were so many beautiful games on show that there was something to appeal to most any preferences you might have.

The other visual trend is that when indies don't shoot for that artistic fidelity (through choice or necessity) the go to solution is an ever advancing 8-bit aesthetic. Suggesting that as a negative connotation however would be doing a disservice to just how far some of these teams are pushing it. These games can also be beautiful and affecting in their own, throwback, way.

Games like Hyper Light Drifter and Crypt of the Necrodancer are building off the back of titles like Sword and Sorcery (and numerous others), and purposefully taking the old and running with it in artistic ways that blend with their game-play. I have the feeling we are going to see that style frequently revisited over the next few years.

Indiecade was well worth the visit. It makes me excited for the future of games. There were so many interesting games. You can't help but be optimistic when you get to see the sheer diversity of experiences that the next generation of designers are putting together!