Today we have a spiritual successor to what was one of my favorite series of the last decade. The Wicked + The Divine is one of the best new books this year, created by Kieron Gillen and Jamie McKelvie, the team that were behind the rather excellent Phonogram.

The story introduces us to a group of people with extraordinary powers, but a limited lifespan, known as "The Pantheon". These powers manifest in previously normal people, and are some form of re-incarnation of  a kind of immortal life. The mythology in the series reveals that every 90 years the Pantheon is reincarnated, and the story picks up on what happens when one of these periods occurs in modern times.

This is not standard superhero fare however, and deals with modern life in a much more grounded way. How would these beings interact with modern life, with social media, with the law, with the rest of the mere mortals among them. It is as much a reflection on the nature of fame and adoration as it is a form of occult mystery thriller. As with Phonogram, music weaves throughout the tale, and these beings are as much pop star as they are superhero (or potential villain).

It's grounded by a well written, and compelling central character, through who we meet and experience the story of these amazing beings, or even perhaps, gods.

It's one of the smartest new strips in a long time (along with Trees I mentioned last week, and another I'll mention next week!), and creates a fascinating mythology, with a cast of interesting characters. 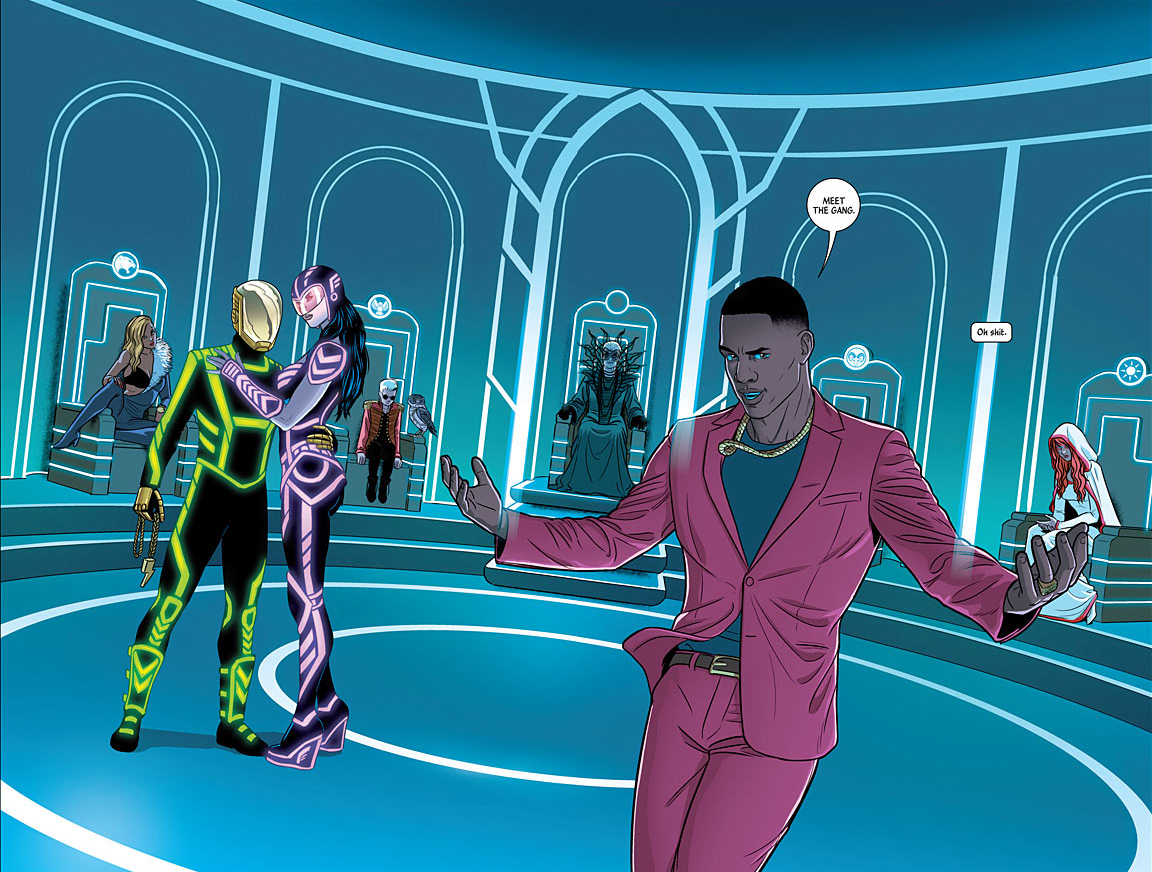 The art and colors are integral to the feel of the series, and the vibrant world of these would be gods is rendered in a wonderful style throughout.

The first collected trade paperback is just out now, so there has never been a better time to pick it up.