Warren Ellis is one of my favorite comic book creators. From Transmetropolitan, Planetary, and Global Frequency through to some of his shorts like Orbiter, and online work like Freak Angels, I have  always had a soft spot for his particular brand of smart, adult, science fiction. Thus I was very excited for the arrival of his new series with artist Jason Howard, Trees.


One of the primary reasons I have always liked Ellis' work is that his world building is excellent and his characters almost always interesting (and far from the genre norms). Trees is no exception. 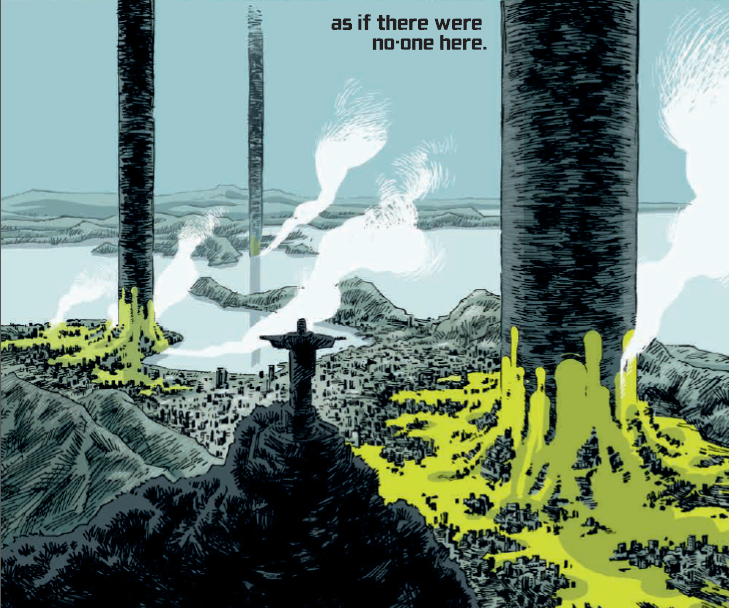 The story picks up a decade after strange alien trees have appeared on earth, and caused havoc with everything from politics to eco-systems. However they also don't do particularly much, at least not so far. It's an interesting concept, what if the first time we truly encounter an alien life-form of some kind, it doesn't seem to even know we are there, and may even be oblivious to our existence. In the case of the world of Trees, that has varied from country to country, and the book has done a good job of globe trotting and setting the scene while introducing some strong, well written, characters.

You definitely get the impression that everything is going to go to seven shades of hell at some point in proceedings, but so far the book is very much a slow burn. It is content to build it's characters, and explore the setting, and draw you further and further into this world with each issue. Told through four distinct story-lines each issue is slowly building up the drama as you get closer and closer to the characters and a wider mystery starts to get revealed.

It's a great concept - exploring how humanity would react to an event like this, and doing so in a way firmly rooted in a degree of political and social realism so that the building tension isn't just compelling, it's believable.

It's one of the few books that I'll happily get each month in individual issues rather than waiting for the trade paperbacks to appear. While it will probably suit the longer form better, I'm quite happy to support this one every issue!