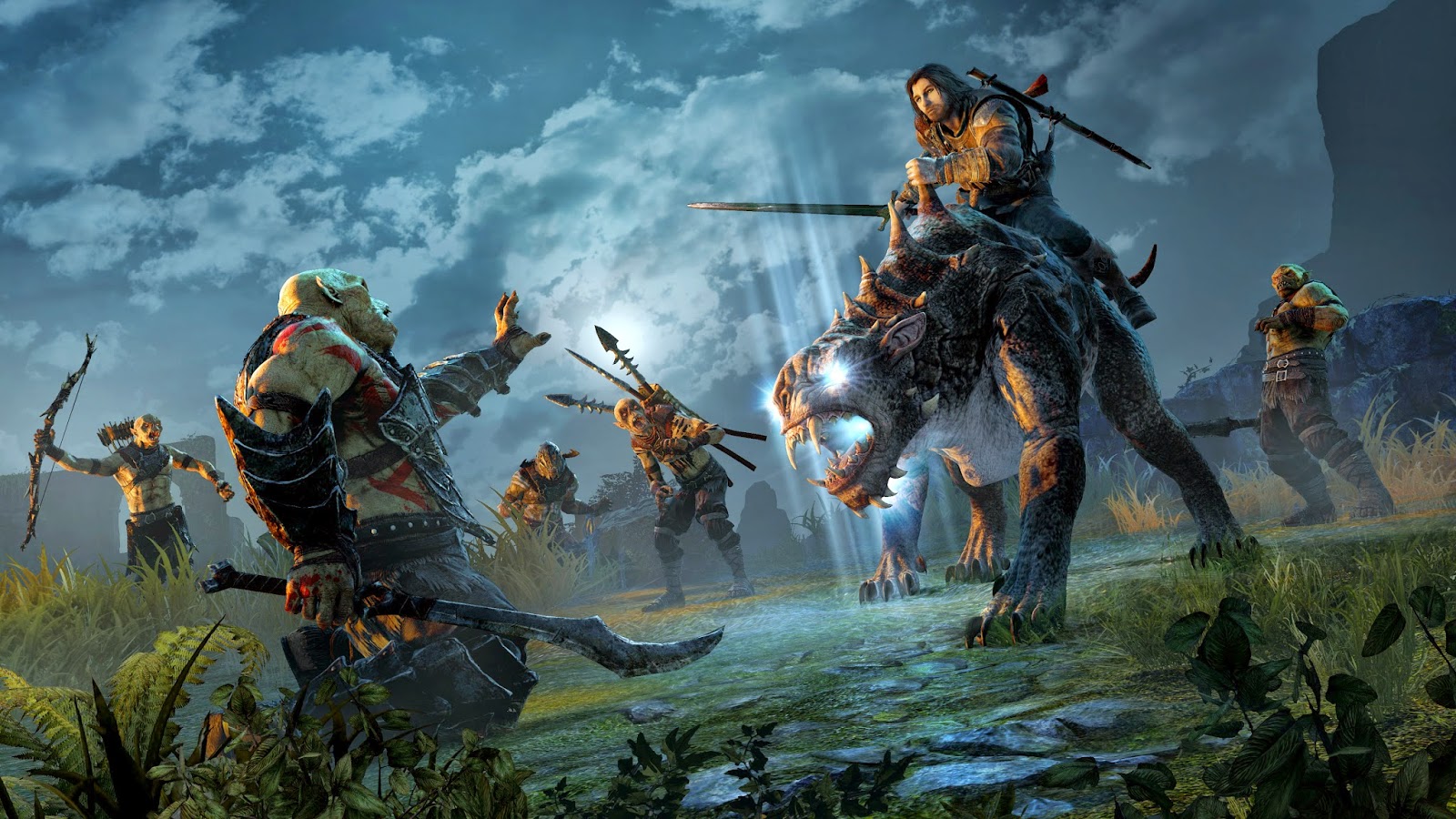 There is a game like this every year for me. One that I really enjoy and then simply don't have the time to dive deep enough into, fully explore, and do complete justice to. This year that award went firmly to Shadow of Mordor.

The game is probably one of the better open ended, explore a certain space, type of games that have been popular in recent years. This outing felt a lot like the Rocksteady Batman Arkham City game.

As with the Batman games, the team behind Shadow of Mordor have done a great job of making the game feel a part of the Peter Jackson helmed Middle Earth movies, without being totally beholden to them. The Gollum cameos certainly don't hurt, but the entire game has managed to be loyal to that interpretation of that world, and drags you into it, without needing to constantly return to material from the movies - a fate that befalls oh so many licensed games.

The enemies, the hordes of orcs all jostling for position as lieutenants of the forces of Mordor, are really the stars of the show. As with the movie world, they all seem to hail from east London or other easily identifyable British locales, if their accents are to be believed, but since that's something you've been primed for by the films, it simply adds to the immersion. The orcs sound like you expect the orcs to sound, and by and large the voice acting is great, bringing them to life with gleeful malice.

The much vaunted nemesis system does its job admirably. While there are some very rough edges, that can lead to some to odd gameplay moments, in particular early on, overall it definitely adds to the experience. The maps actually feel relatively small (compared to say a GTA game), and without the dynamic nature of that system I fear the world might have felt a little, well, boring. The system is central to the experience and to it's credit that it carries that load with ease. It's what makes your play-through yours.

It means that the game creates stories, and ones that the developers didn't write for you in advance. I love that!

It's also great to see the AAA space exploring some more procedural possibilities, something I would love to see more of.

If the game seriously missteps anywhere for me it was in the sections where they force you to use a certain tactic. Telling you that a certain encounter must be completed by say stealth, or a certain ability, regardless of how else you might think to do it.  The beauty of open world games for me has always been in throwing the player into the sandbox and letting them find their own tactics. Thankfully these occasions aren't all that common, and don't really detract from the enjoyment, more they added momentary frustrations when I wished I could be on the next mission instead!

I just wish I had more time with it. It's a game that is best served, I would imagine, by a long play-through, and I simply didn't have the time to dedicate to it. Thus it makes me feel like I missed out on a great experience, even if I did have a good one, and enjoyed what time I had with the game.