Latest from the Painting Table ...

on February 11, 2015
The latest project on the painting table saw me tackling the latest of the Forgeworld releases for the Tau Empire, another massive Riptide variant. Even by the standards of the Riptide kits, this guy is bulky. 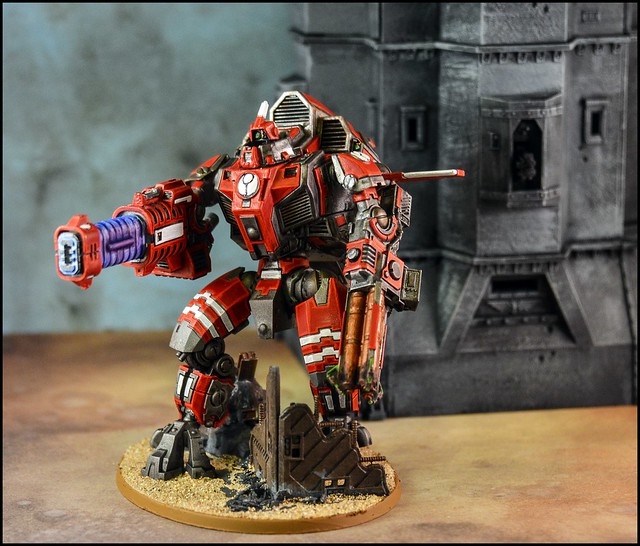 I appreciate that they have made the effort to make each of these variant kits feel different from the base Riptide, even if they share a lot of core components. He clearly has a different weight to him than the previous R'Varna kit. The jets on the rear give him a very different profile.

I went with more of a metal theme for this one, as opposed to the pure red on the rest of my Riptides. He still fits with the Red and White motif that I have going in my Tau force, without being a simple retread of a scheme I've already done before. 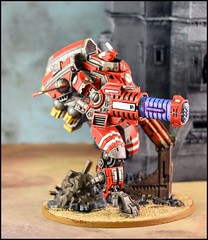 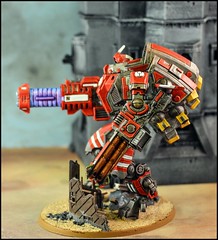 I also gave him a run out on the make-shift turntable set-up, even if is probably a little too big for it!

On the Warmahordes side of things the latest addition to my Trollblood force arrived just after the holidays and I got around to painting him up as soon as I could. A Troll riding a bear into battle was simply too tempting! 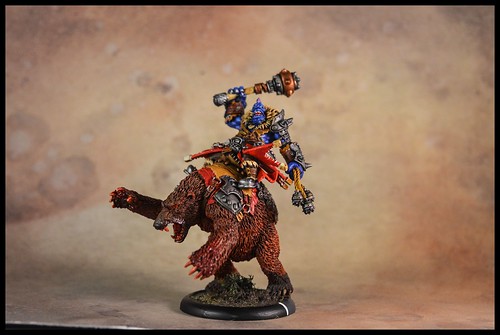 He's a great, dynamic, sculpt that really captures a sense of the power you get from the great beast. I'm not entirely sure I have a good force composition to actually use him effectively on the battlefield, but might try and squeeze out a fun game with him at some stage. He's simply a lot of fun, and makes for a fantastic centerpiece for a Troll force.

Not quite sure what I'm going to tackle next. The painting backlog is pretty significant at this point, so I'll have to see what piece tempts me next.