on May 24, 2015
Guild Ball is a new game that arrived via way of a Kickstarter campaign last year. I loved the look of the miniatures, so I had to dive in on it. Now the models have arrived, and I spent the weekend tackling the first of the teams - The Masons.

The sculpts are nice, and the resin versions that I got as part of the Kickstarter were easy to work with. I haven't been able to actually play a game yet, but hopefully I'll get to rectify that soon. From a few early scans of the rules it's kind of a cross between Bloodbowl and Warmachine (if that makes any sense!). It will be interesting to see how well it plays once I get the chance. 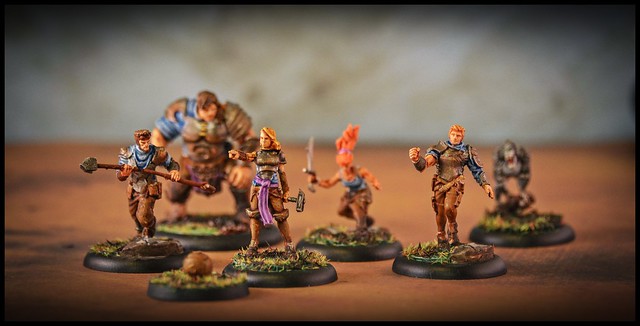 Each of the teams have a distinct feel and look, so if the game turns out to be fun I could see myself wanting to paint a few more of them!