Let's get you started in game development

on May 25, 2015
When people ask what is the best way to get into game development, my answer is always the same ... 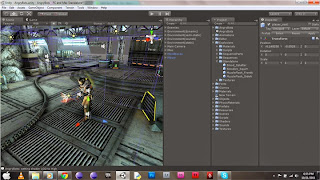 It sounds obvious, but there is nothing quite like diving in and actually making something.

It's never been easier to become a game developer. Seriously, the sheer amount of tools, resources, tutorials, and communities out there make taking the plunge easier than it has ever been. In fact it might be more than a little overwhelming to decide where to start.

The problem many find is that they end up having ambitious plans and grand ideas. The best approach is often to start small and learn as you go. Game development involves a lot of different skills, and like any other skill the only thing that improves them is practice!

On the plus side you have lots of options now.

With that in mind, I figured that since I'm always advocating that people should just dive in, I should really point people in the direction of some of those resources.

This isn't intended to be a comprehensive list of all game dev tools ever, more a simple list of starting points that can get you started!

There are two main places that people can start. You can either look at game mods, or start from scratch, so let's start with ...

You can dive into mod projects, using a tool-set often released with a game that allows users to modify the original game. This is often a great entry level way to see if you really have some game design chops, and the patience for the work. I started out this way making mods for the old Mechcommander and Neverwinter Nights games. You can start out with something as simple as making a short fetch or kill quest in an RPG and going from there.

So what are some good games to dive into?

Starting from scratch can obviously be a little more intimidating, but there are also some great resources out there that can help you get started for yourself! First let's look at some of the tool-sets that exist out there.

The tools though are just half the issue, knowing how to use them if you zero experience can represent a tough learning curve. Thankfully the internet is on hand to provide some helpful tutorials and assistance!

There really has never been a better time to take your first steps in game design. Nothing beats getting stuck in and making something for yourself.

You can make games. It just takes a little practice!