on February 17, 2019
Working with others is an essential part of game development. Hell, it's an important part of any creative endeavor, even for those that don't admit it. (I'd suggest that even those inherently solitary creators like writers still rely on editors and good trusted readers to master their art).

NOTE: I wrote this piece back in 2015, but it came up again a couple of times recently, so I've dusted it off for another mention or two, as I believe it's a pretty timeless piece of advice.

In modern game development working well with others is crucial.

Unfortunately for most creative souls, 'others' are also people, and people are often flawed, emotional creatures, who don't necessarily consider the thoughts of others. We all suffer from this is some way. Whether you are part of a creative process that requires two people, a dozen, or over a hundred, success will often hinge on how well we can work with others.

Over the years much of my own work has been trying to support creative teams and keep passionate, creative, souls, working together and trying to prevent any homicidal urges developing when things get heated, because there will always be disagreements, one way or another.

Over time, when coaching people, I came to look upon it very simply. 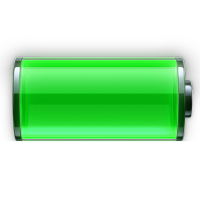 Everyone has what I consider a creative battery. When it is fully charged it provides motivation, fuels our passion, and drives us forward.

I don't simply mean our reservoir of physical energy. Healthy sleep habits amongst others things well covered elsewhere are of course also important, but your creative battery is something else entirely.

Your creative battery is the thing that enthuses you about your current project. It's the ethereal energy that allows you to work with concepts, ideas, and strive for good design.

It powers your inquisition, and your deep rooted need to figure something out, to perfect it.

It's what keeps us interested in the task at hand, and keeps the creative juice flowing.

It's a wonderful, enigmatic thing, that fuels our creative process.

It ebbs and flows like any other battery, we put energy in through our successes and call on its reserves when we face challenges.

It's what keeps us going.

The challenge often lies in the fact that you are not the only influence on this battery.

Every working interaction we have with another creative has the potential to either sap or charge that creative battery.

To me it is one of the most important elements to working in a team. Whenever you are working with other creative people you will be well served by asking yourself one simple question after each interaction you have:

"Did that interaction charge or sap their creative batteries?"

It's deceptively easy to miss the importance of this. It often seems inconsequential, but every little interaction can have a huge impact in the long run.
In many ways we are inherently selfish creatures, nature wires us that way. Added to that is that game development, like many creative endeavors, has its fair share of folk on the introverted side of the personality scales.

We aren't always thinking of others.

We should do so more often.

Are you making their jobs easier or harder? Did you just make their experience less enjoyable? Did you get them more excited for the task at hand or less?

Did you sap or charge that battery?

If you can keep asking yourself these questions, and seeking to be someone who tries to charge other people's creative process rather than sapping it, you might be surprised where it can take you.

It's especially important once you graduate to leadership positions.

Over the years, almost every successful creative leader I have observed has the ability to virtually always be charging other people's batteries through their interactions.

Poor leaders often end up sapping that energy from others. There are a whole plethora of reasons why, and many ways in which this manifests, (and they will vary from person to person and situation to situation), but at a fundamental level they can all be tied back to whether you are providing a positive interaction or a negative one.

This also isn't intended as just some meaningless, or hollow, anecdote about always being nice to people. This goes deeper than that. It is not just about a pseudo motivational 'always be positive' mantra. Life rarely affords us that luxury, Life gets hard sometimes. Creative people will always disagree about something. It's not always possible to keep everyone happy.

The key is that even when you need to disagree, it is still possible to be trying to charge the other parties creative battery while doing so.

Be solution orientated, listen, look for mutual ground. Fight the urge to dogmatically 'win' creative discussions. Hell, make it a discussion, not an argument in the first place! A truly creative discussion should never be about getting your way, it's about finding the right solution.

When done well, it's about finding that solution in a way that gets everyone involved on board as much as possible.

It's about charging their creative batteries.

In fact it's often not the big, emotive, disagreements that become the true deal breakers in creative teams. It is the proverbial death by a thousand cuts.

So if you ask yourself that question above on a daily basis, on each smaller, less influential, discussion, Then you might just find that people enjoy your creative company more and more.

You will probably find that creative collaboration becomes easier, that you experience less friction, and you gravitate towards a creative dynamic that works.

Ultimately you should want well charged batteries all around you. When those big decisions do loom, when those pressure points that will always occur at some stage in a creative endeavor happen, then you want everyone to have a larger reserve of creative energy to pull from.

You will have armed yourself, and your team, to better cope with the tough calls, be engendering a creative environment that serves to keep those creative reservoirs topped up.

"Did that interaction charge or sap their creative batteries?"

Keep asking yourself that question and see where it takes you.