on August 23, 2015
Love, betrayal, rebirth, and belief. Some things transcend the politics of men and gods alike. 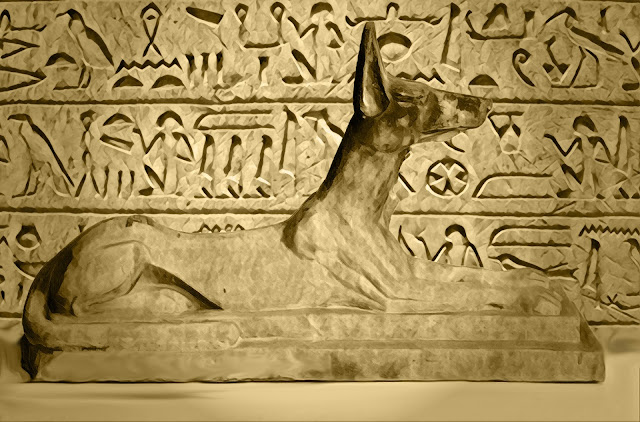 Time to put another story out into the world! This short is one that I came back to recently after having written a couple of versions a few years ago as part of my old writing group. It's a short one, but it is a story that stuck with me, and became somewhat fond of.

I don't miss the palace.

You would think that a palace, and everything that went with being a prince, nay, the offspring of a deity, would be something that one missed. It turned out that there were things, important things, that even the son of a god was not permitted to explore. In fact everyone who dared, had warned me that my curiosities were especially inappropriate for the son of a god.

So no, I don't miss the palace.

The palace doesn't seem to miss me either. My illustrious father's fourth whore obliged him with a male offspring remarkably, some might even suggest suspiciously, quickly. It was now that infant who is carried around the streets in the golden carriage that once bore me from one royal residence to another.

I sit here on the flat roof of the blacksmith's forge and watch the procession from a distance. I remember the smell inside that carriage. The kapet that smoldered from every burner, intended to shelter their young demi-god from the foul odors of their people. The priests had claimed that it was also good for my wheezing lungs.

I don't miss the wheezing lungs either, and the smells of the city were one of the first things I came to appreciate.

So many smells, so many scents.

This wonderful city is emblazoned with so many colors and flavors I wasn't allowed to experience. I spent those first few difficult weeks wondering why these were things that they felt I should be sheltered from. I was feeble and vulnerable in those weeks after the attack, but the city sprawled before me like never before. I truly saw it with new eyes.

I slowly gained strength in these limbs. Senses keener than they ever were within the palace walls. They needed to be. My transition sacrificed all the safeties afforded a prince, although one form was simply traded for another, as I came to understand the power of anonymity. No one notices me now.

The child has inherited my birthright.

He is welcome to it. He has a palace, and I have Ebio.

I am content with that trade. She is my everything. The catalyst for my fall she may have been, but no guilt lies at her feet.

Not that I have escaped bitterness. The betrayal still hurts. That those who professed to guide me, and support me, would turn on me so viciously still stings. It is as if I were stricken by a scorpions venom. It lingers into the blood of my new life.

Abasi passed not long after the attack at least, perhaps another twist in my tale. The would-be assassin himself discarded, or silenced. His rank did not allow him the benefit of royal burial, and the protection of our crypts.

The grave robbers had not been hard to follow. The streets tend to buzz with such endeavors when one of the royal cohort passes. The spoils are too tempting. The despoilers did not notice me sneak in behind them, sticking carefully to the shadows. Their interest was in the trinkets, the gold, what they could salvage from the life of privilege. The corpse itself was of no interest to them.

I enjoyed gnawing on those bones. Cathartic.
Ebio had taken me in. The gods had fated it so. Her heart as pure as I had imagined it from afar when she worked in the palace. My intent to make her my queen had precipitated my downfall. They had warned me. They had asked why I would not just be happy making her my whore. I could not believe they would ask such a thing.

Only a princess was suitable I was told
.
That my elders knew better, was all I heard. The Nomarch had two beautiful daughters I was assured.

There was always my sister I was told.

They would never allow it.

They wanted to know who she was
.
I was glad of never naming her to them. The voice of the fates advising me even then that my role was to protect her.

Part of me believes I am still her protector, because she chooses to believe I am.

She suspects. The timing cementing with her beliefs. She calls me her prince. I protect her now better than I ever could have as an actual prince. Each and every night I return to their humble rooms and sleep at her feet.

It warms me and comforts me to slumber in her company every nightfall. I am proud to protect her.
I cut an imposing figure in the dark.

Her affections for me are everything I dreamt of.

This is not the dirty, painful, entwining that the elders mystifyingly hold in such high regard. No, this is the tender caress of one who cares for you. One who confides in you in ways that no man can dare to expect.

By day I now wander the city. You may say that it is ironic that an appreciation for those that would have been my people, has been so well developed only after the opportunity to rule them was so violently wrought from me.

I watched my blood spill out across that temple floor, before I was born again in the blood of a new womb.

The blessing of Anubis protected me.

I choose to believe it was my vindication.

To be reborn to noble form.

To finally be with my one true love.