on September 07, 2015
The internet is great for sharing. It's one of the things I've always liked most about it. This morning was a little milestone that seems huge to me, even if it is probably paltry in the grand scheme of internet things.

The views on my photography pages on Flickr passed one million views.

Maybe I'm just old fashioned, but it feels like a good number, a big number! It's primarily driven by two things: the pictures of my miniature painting, and my shots from all the cosplay and pop culture events and conventions I attend.

My most viewed single image? Deadpool trolling at Wondercon 2014 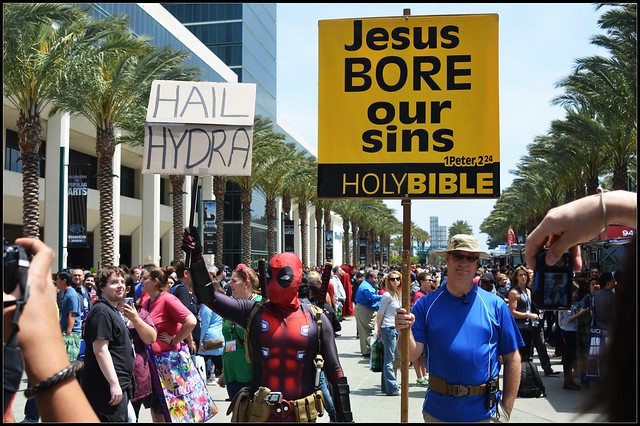 It seemed like a milestone worth celebrating with a post! I've been on Flickr for almost a decade, so it's not like it has come overnight, although I believe that it's gone from half a million to a million in the last year or so.

Huge thanks to everyone who follows along here.

Here's to another million!