on December 11, 2015
Today's choice might slip into guilty pleasure territory, but it's simple, old fashioned, fun. Sometimes I don't need my TV to be high concept. 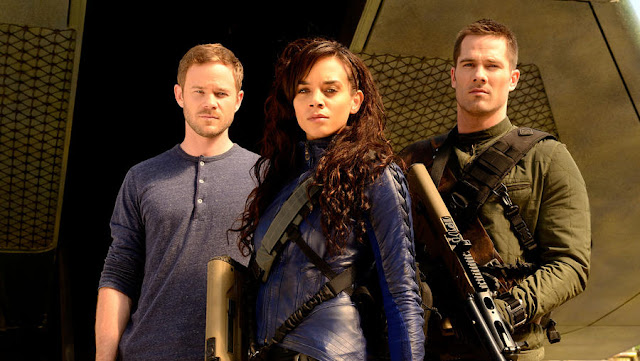 Killjoys was probably the lowest profile of Syfy's space faring offerings this year (co-produced with their Canadian counterparts Space). It was billed behind Defiance, Dark Matter, and the mini-series Ascension. It was for me though the one that offered the most entertaining take on straight forward space opera. It's an almost old fashioned space adventure, with some actually interesting world building on the side.

The budget isn't quite up there with the larger shows, but they use what they have well, and the FX is pretty serviceable.

It's a tale of a team of bounty hunters (the eponymous Killjoys) who travel a dystopian backwater planet serving contracts and, of course, unearthing conspiracy and finding themselves in a wider plot. It still follows the 'story of the week' format, but manages to weave some on-going mysteries and world building into each episode.

True Detective it is not, but it is fun, and sometimes I appreciate some simple fun.