My Favorite things in 2015 - Day Fifteen

on December 15, 2015
Today we have what is probably one of the best horror movies of the decade, not just the year. 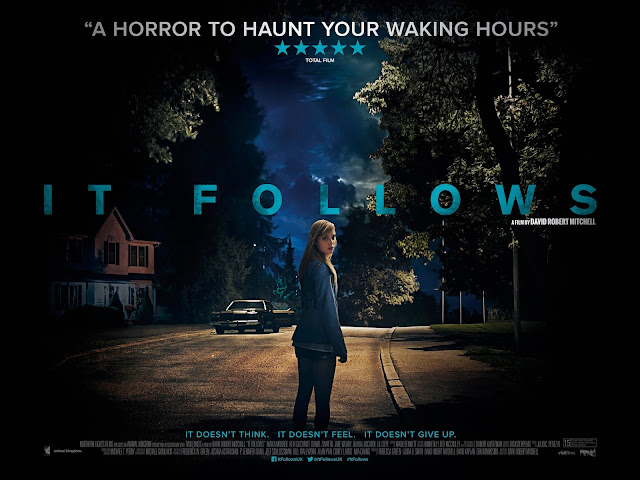 Genuinely frightening, and not reliant on jump scares, It Follows is a smart, tight, brilliantly directed piece of original Horror.

Written and directed by David Robert Mitchell, the film demonstrates a firm understanding of how to handle fear and paranoia for dramatic impact. The cinematography, all deep, dark, blues and shadow helps to accentuate the stress and tension the characters are experiencing.

It takes a bunch of genres cliches (urban myths, fear of sex, punishment for teenage experimentation, relentless killer with supernatural origin) and manages to twist them into a smart script that manages to deliver some genuine scares.

It has an eerie, fitful, dream like quality to it. It's a film that manages to create the type of anxiety and fear that only a true nightmare can.