on December 05, 2015
Today we're looking at a new tabletop addiction that I developed this year. I've always been parts games geek and part sports nerd, so games that hit both interests have always been appealing. Back in the day it was Bloodbowl, but this year it's been a new tabletop game called Guildball. 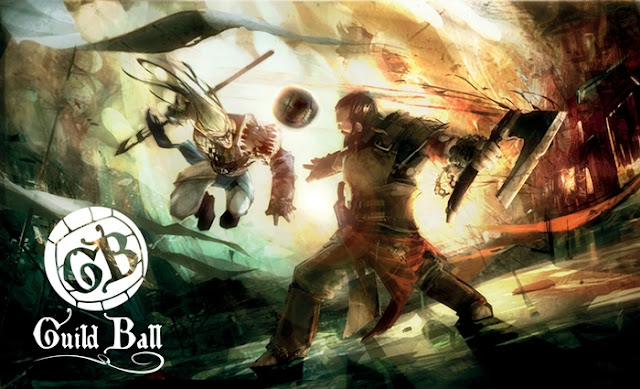 The game is set in a pseudo steam-punk fantasy setting where the various guilds of a city battle it out in this gladiatorial sport to settle disputes and vie for power.

Each Guild has a unique look, and I found the setting and style grabbed me as soon as I saw it.

The miniatures, that can be acquired in both resin and metal, are of a good quality, and I like the dynamic nature of most of the poses. I also picked up a neat playmat as well that serves as the pitch.

The game itself plays like a cross between Warmachine and a sports game. It's tactical but fast paced, and once you get used to the rules the game flows quite quickly. The teams all have different playing styles, hooks, and synergies, that can make for some interesting choices for players. 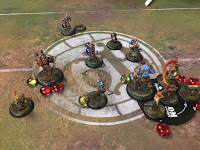 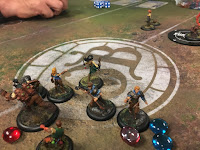 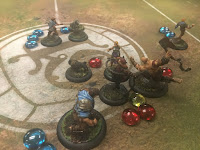 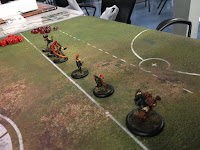 It's been a lot of fun so far, and the 'buy-in' is relatively low since the game has a low model count (although US suppliers are few and far between at the moment).

The rules are also all free, and they even offer downloadable templates for cut-out paper characters, if you want to try the game out first before you invest in a team. It's a fantastic way to get a taste for the game and see if you like it.

Well worth a look if you used to play games like Bloodbowl, or are just hankering for some real fantasy football action.