on December 07, 2015
Today we have a game that explores the darker side of exploring dangerous dungeons. 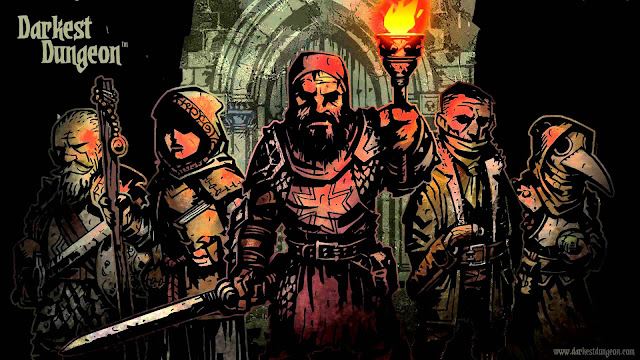 Darkest Dungeon is a kind of rogue-like dungeon crawler where your group of heroes suffer some serious psychological side effects along the way.

The game sees you taking a rag tag group of mentally disturbed heroes into danger, and playing through the various areas and dungeons in a hybrid between side scrolling exploration and turn based combat. 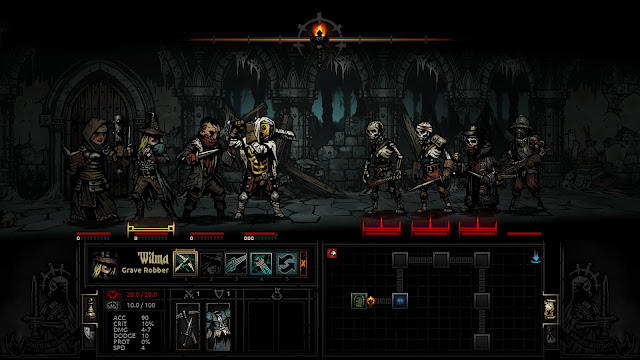 You have all the usual RPG fare on hand. You recruit, train, and lead a team of flawed heroes against the horrors that hide in the dark. You collect gear, level up, get better gear, fight through the next dungeon. Where the game diverges from the norm is that your characters start to suffer the mental side effects of such a dangerous profession. You pick up traits and character flaws along the way that impact how the character behaves in certain situations. 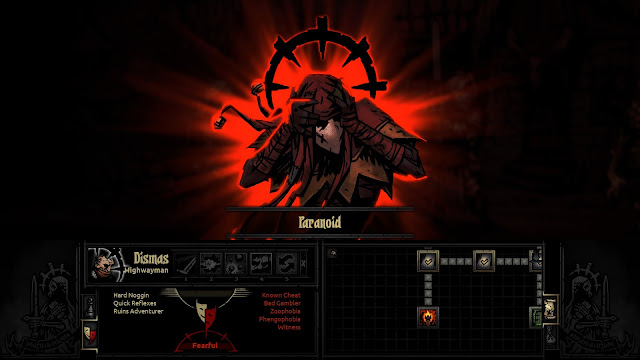 The team suffer from stress, famine, disease, and the ever-encroaching dark. They might develop phobias, fears, or fool-hardy behaviors. These traits will influence everything from combat, to how you have to have them spend their down-time in the town you can rest in between dungeon delves.

It adds an interesting and characterful layer to the normal tactical fantasy combat. Your party develops it's own dynamic character, and it adds another dimension to the way that you assemble and manage your band of adventurers.

It's also hard, very, very, hard. Possibly hard enough to be off-putting for many players. It is not a casual outing (unless you are a particularly masochistic casual player). For me it kind of fit well with the general theme. It felt like these characters were meant to suffer and die, although it did get frustrating on occasion on the later levels. There is also an active mod community on Steam that offer many variants, some that offer easier modes too.

Either way, it offers a refreshing approach to a very familiar model. Sure, it's dark, and it's unapologetic about it. (It is in the title after all)

So if you like your adventures a little on the dark side, it's worth a trip down into the dungeons with this particular party!