My Favorite things in 2015 - Day Seventeen

on December 17, 2015
This is one I'm still in the middle of playing, but I've played enough to know it deserves a mention on this list. 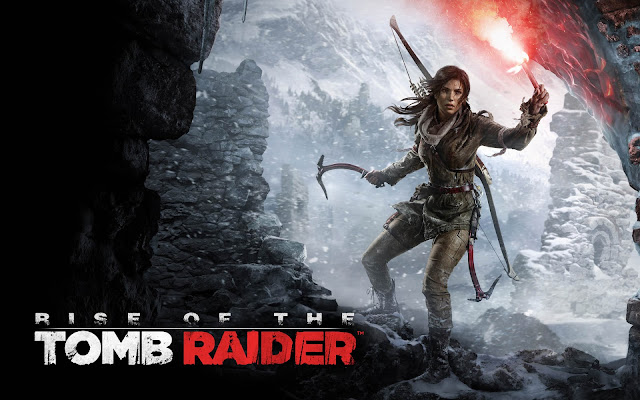 Rise of the Tomb Raider follows on from the 2013 reboot, and finds Lara on the trail of her late father's legacy.

By and large the format is the same as last time, except that Lara is far more of a confident and formidable character this time around. She is also quite the murder death machine at the easier difficulty levels where it is simpler to just gun down all her enemies than it is to deploy any of the myriad of tools the game provides.

The shame is that the balance is still heavily skewed towards combat, as opposed to, you know, exploring tombs, in particular along the games central story-line. The cool parts of the game, the parts where you dive deep into well designed tombs, complete with puzzles and platforming, is where the game-play truly shines.

The game is at its best when Lara is exploring those hidden chambers and trying to figure out how to reach the treasure. It's old fashioned puzzle platforming at it's best, and it's where I found the most fun in the game.

It's a strange choice, presumably made at the altar of accessibility, but most of the games best moments are all found in areas that are entirely optional (and in fact are labelled as 'Challenge Tombs', and there are only nine of them)

The rest of the affair is very much trying to be an Uncharted game.

Thankfully It actually does a pretty good job on that front.

The combat is tighter and more enjoyable than in the previous installment, and the characters are well acted (although Lara lacks a good foil in the way that Nathan Drake nearly always has someone around to play off). It's a fun romp. The story hasn't surprised me yet, it's your typical action adventure fare, but Lara is a decent protagonist, even if the game glosses over the amount of murder she leaves in her wake, just as Uncharted does for Mr Drake.

I have enjoyed those parts in the same way I enjoy the Uncharted games, and that's high praise.

Personally, I just wish they would let us explore more tombs, and do more platforming alongside all the gun play.

It is in the title after all, I really enjoy Tomb Raiding.