My Favorite things in 2015 - Day Sixteen

on December 16, 2015
Today we have the movie that probably surprised me, and exceeded my expectations, the most. 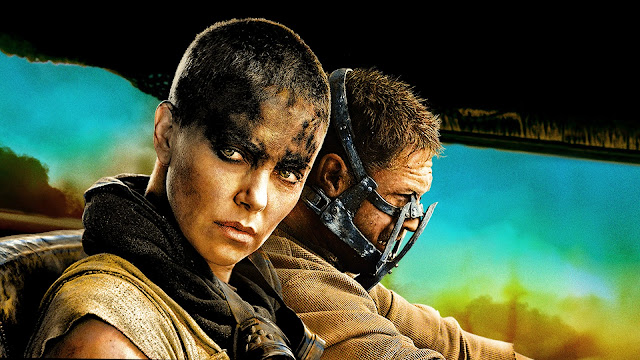 I mean, I was certainly looking forward to the new Mad Max movie, but I had no idea that we were going to get what might just be the most superlative action movie of recent memory.

I still can't quite process that director George Miller took a break from making Happy Feet movies to return to the dystopian wastelands he last roamed in 1985's Mad Max: Beyond Thunderdome.

This time out the entire movie is essentially one long car chase sequence. However the cars and vehicles in question most definitely aren't the souped up racers of the Fast and Furious variety. This is firmly post apocalyptic territory.

It has such memorable characters, that our titular hero Max is probably the least interesting character on screen at any given time. Charlize Theron steals this one. As the magnificent Imperator Furiosa, she plays a hardened warrior intent on betraying her previous leader, and helping a group of his slaves escape his clutches.

Max is as much of an observer to much of the action as the audience. Furiosa is the pillar around which everything else revolves.

The surprise was just how well filmed and constructed the entire thing is. It's as tight and well choreographed film as I can remember. The stunt work gives the whole affair a tactile feel that all the CGI in the world can't replicate. Sure, there is a ton of CGI on display, but here it's used to supplement actual, real, stunt work. It's all combines to stunning effect.

Beautifully and brilliantly shot, the camera keeps the action front and center and doesn't have to utilize frantic edits, or crazy angles to sell it's action sequences. In many ways it's a film that takes an old fashioned approach and marries it perfectly to modern CGI, and manages to be something altogether more than the potential sum of it's parts.