on December 10, 2015
This is the second of the three stealth games that will make this end of year list. 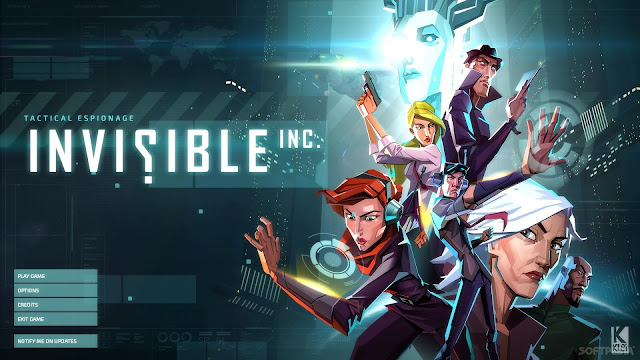 Invisible Inc from Klei Entertainment is a roguelike, turn based, tactical stealth game. It has some appealing stylized art, a strong core game-play loop, and takes it's cues from all the cliches and stereotypes of spy stories (and not in a bad way, it adds to the charm of the whole affair)

The strategy game-play is exceptionally well paced and balanced. Basically you have to guide your team of spies through enemy installations to steal something / interrogate someone. It's all done in a turn based grid format, with all the tools you would expect to see. You'll be knocking guards out, hacking consoles, turning off power grids, avoiding security drones, all that kind of thing. Spy stuff.

The story sees your secret organization compromised by the villains of the piece, and you have to try to quickly assemble resources and information in order to strike back and save the day. 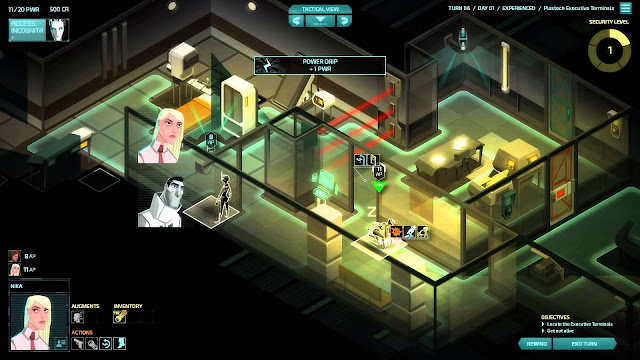 The balance is what makes it all tick. Even though the levels are made with procedural generation they generally do a great job of presenting interesting choices to the player and challenging them. You need to escape each level alive (well, with at least someone in your team still breathing), and the game manages to tempt you to go for that extra bit of loot with alarming consistency. It's almost daring you to take an extra risk or two to further your cause.

If I have one gripe it's that I would have loved a single long-play campaign rather than the roguelike framework the game uses. You'll repeat the same tight short adventure over and over, albeit with new agents unlocking and more knowledge. It does though feel like a missed opportunity, at least for my play style preferences.

It's a minor quibble however, and I'd still strongly recommend you try it out. In particular it's an awesome lesson in how to balance difficulty in a stealth game if you are interested in that kind of thing.
games gaming Must Play