on December 22, 2015
This one I am sure will be a fixture on many of these 'best of' lists when it comes to games of the year. 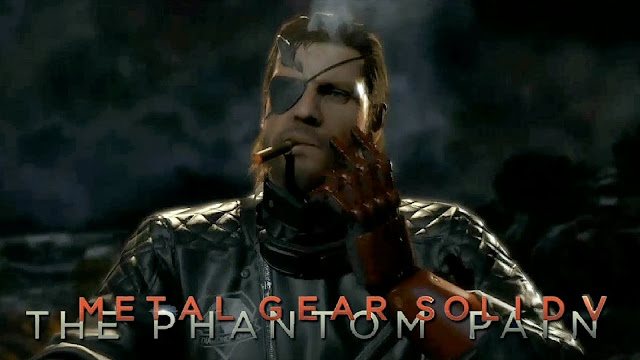 While I have been a fan of the Metal Gear series for years, the latest entry was actually a game that made the designer in me both fascinated and frustrated in equal measure. It has an absolutely amazing first act (or 'series' as the game wants to call it), which it should be noted is, conservatively, some thirty to forty hours in length. It's then let down a little by a muddled second act, and the lack of what would have presumably be a third act. (It does not surprise me that Konami is allegedly using NDAs to try to ensure the story behind the game's development doesn't surface)

That said, it is absolutely worth it for that first act alone. In fact I think I have already begun to mentally dismiss anything after that first magnificent act.

As a game designer, it's interlocking systems are a thing of beauty, and make some simply amazing discovery game-play. It's a game that generates stories and reacts superbly to how you play it.

The game never tells you how to play. It just gives you an objective, dumps you in the desert (or jungle), gives you a massive variety of equipment, and just says 'there you go, go play'.

The tactical options are virtually endless, and the game reacts to your activity at every juncture in ways that make sense, and add a layer of depth to the game rarely seen in modern titles.

The game learns, and the enemy forces react to your tactics. Use the cover of night too much, and they will start to deploy night vision goggles. Snipe a lot? The enemy will start wearing body armor. Cut off their power? Next time you pass they will have generators set up. It goes on and on like that.

It is also a game that rewards lateral thinking. There are a myriad of ways you can approach challenges. It's a militarized playground that lets you loose in it.

All of this results in the game creating stories that are unique to you. The actual narrative of the game is largely irrelevant (which isn't a bad thing given the series penchant for the absurd, which is again going strong).

No, this isn't a game that relies on the story the writers wrote for it, it relies on the stories you create for yourself. A story created by your tactics and how the game world reacted to them. Breathless escapes, stealthy take-downs, out and out gunfights. It doesn't matter how you approach it, the game has a knack for crafting situations that are just begging to be retold when you chat with your friends about your experience with the game.