A year at the painting table: 2015 Edition 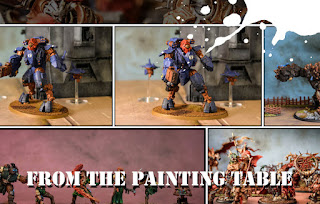 Another year down, and as we head into 2016, I figured I'd look back and try and decide what my ten favorite projects were from the previous twelve months.

I've had a pretty good year in terms of painting, and keeping up with my backlog (in particular given the hassle of the injury for half the year), so I'm glad I managed to keep up the pace from the previous year.

It also helps that sculpts get better and better, and are genuinely more fun to paint than ever before. I've also started painting models from more sources which also increases the variety of the models I get to tackle.

So here we go, what am I most proud of from the last year?


#10 - Borka, Vengeance of the Rimeshaws This is a great sculpt, with a very dynamic pose. I don't get to use him very much, but I was happy with the paint-job! 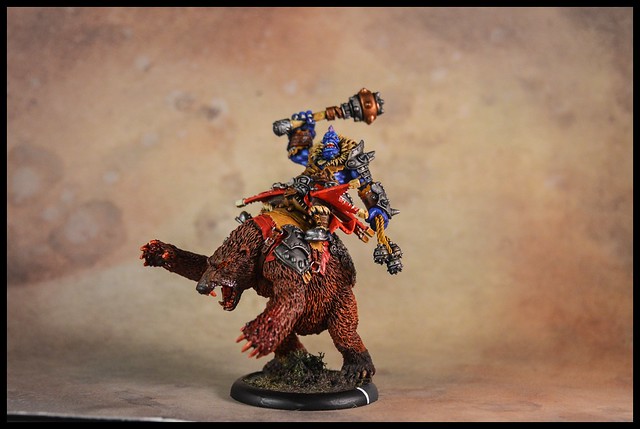 #9 The Alchemists Guild I have enjoyed Guildball a lot this year, one of the best new games in recent memory, and this was my favorite team to paint so far!

#8 Tau Ghostkeel Battlesuit I haven't finished all the new Tau release wave yet, but this was a brilliant kit to assemble and paint. 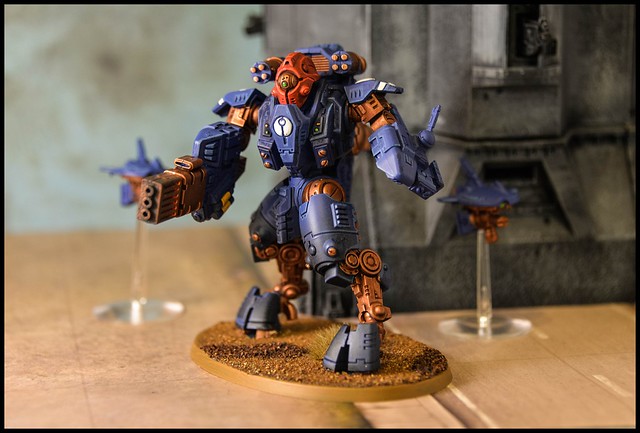 #7 Eldar Wraithlord I have always had a soft spot for Eldar designs, so even though I don't have an Eldar army, I had wanted to paint this one for a while. 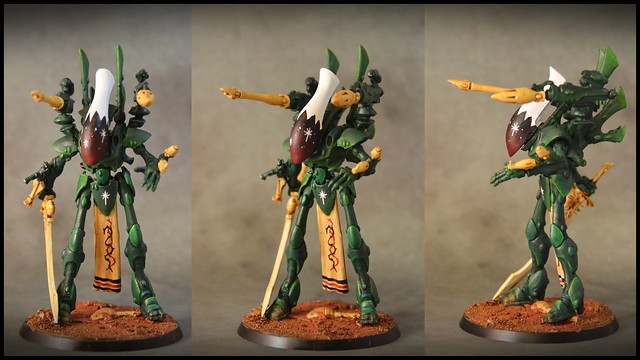 #6 Lord Celestant This one comes from the Age of Sigmar box set. The quality of sculpts from this set was incredibly high, and made for some great battle scenes. 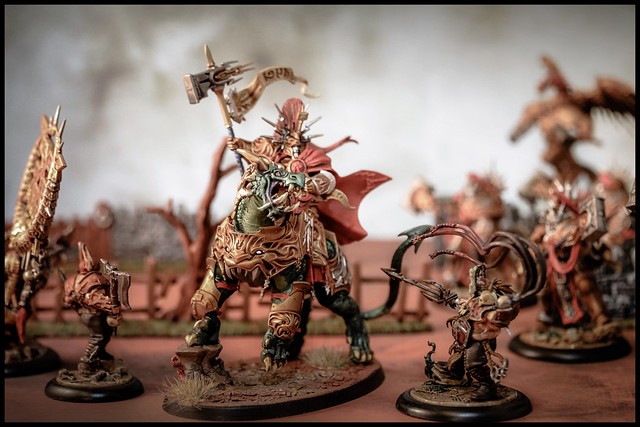 #5 Eldar Farseer As with Wraithlord, this was a sculpt I had wanted to tackle for some time. I've always liked the flowing form and poses of the Eldar Farseers. 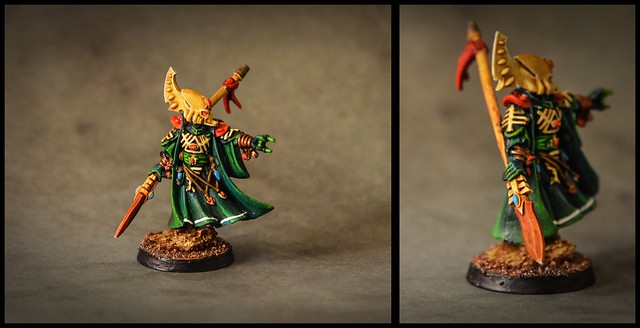 #4 Northkin Fire Eaters As soon as I saw the preview for these guys, I knew I had to add them to my Trollblood horde. This was also the first time I felt I did a good job with the painted lighting effects 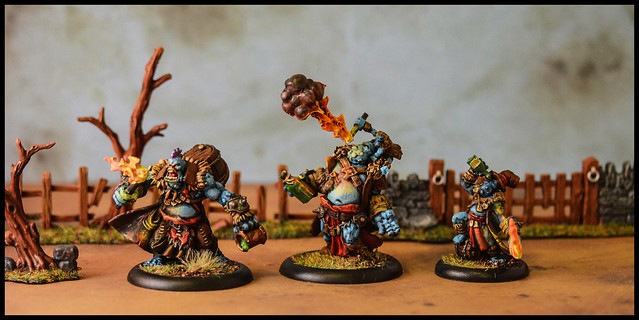 #3 The Mountain King This one was a joy to paint, the massive scale makes for a potentially intimidating project, but it is well worth the effort. I was particularly proud of the rock work. 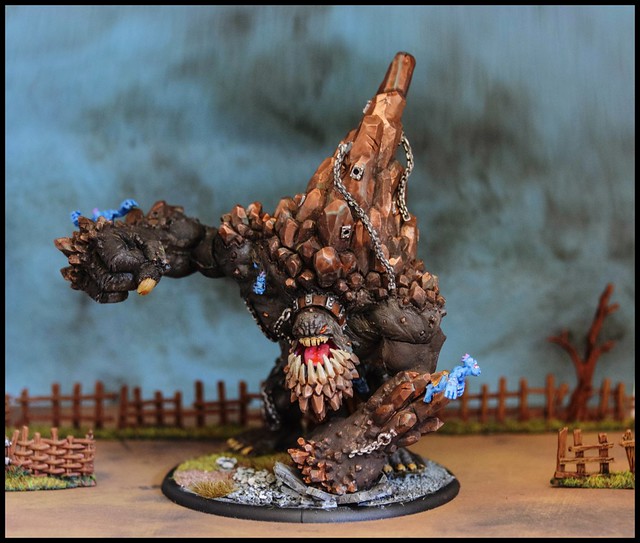 #2 Lord-Relictor Ionus Cryptborn Another from the Age of Sigmar starter box, and probably my favorite single character model that I've painted in a while. It was also the first model I won a painting competition with, just a local one, but a cool little first none the less. 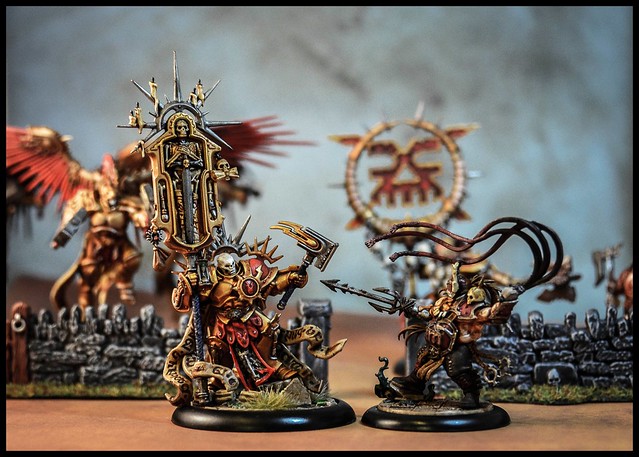 #1 Skaven Screaming Bell As with the Eldar, this was simply a model that I had wanted to paint for the longest time, and finally sat down to do so. Personally I feel this is one the best paint jobs I have done in many years. Each piece came together really well, and I'm proud of this one. 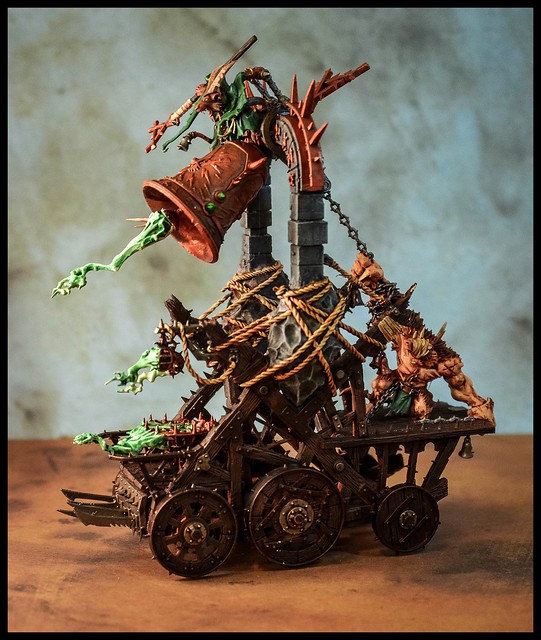 Here's to another year ahead! With a little luck I'll get to tackle some projects that will populate a similar list a year from now.