on February 26, 2016
A trio of games to talk about that brightened my month through February.

It's been a pretty strong start to the year all told, and these three all stood out for me this month. Sure, I was always going to like X-Com 2, but there are another two gems to talk about! 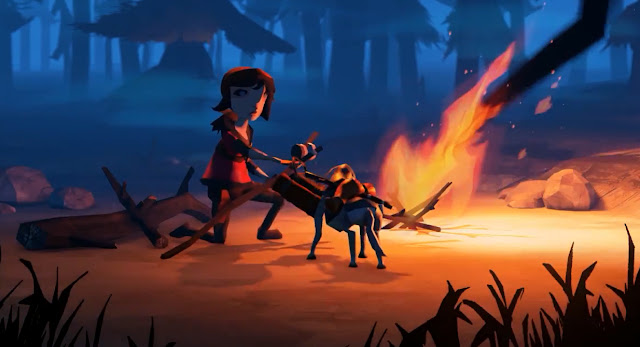 The Flame in the Flood is a beautifully crafted rogue-like survival game by Molasses Flood, an indie outfit who describe themselves as 'a company of AAA refugees, with veterans of places like Irrational, Harmonix, and Bungie.'

The game finds you taking on the role of a young girl who is fending for herself, alone in some kind of vague post-apocalyptic setting that has a surprising amount of character. It fuses hints of 50s and 60s Americana with a folk inspired soundtrack and some charming visuals.

The game-play though is what really hooked me. The games hook is that a lot of the action takes place on a river. The girl has a raft that she uses to travel in search of the source of a radio signal downriver. The river introduces a vital element to the design that is often lacking in other survival games. It introduces a pace to game-play often missing from the genre that forces you to make tough choices. The procedurally generated locations all sit along the banks of the river, and you often can't make it to them all, as river currents drive forward motion. 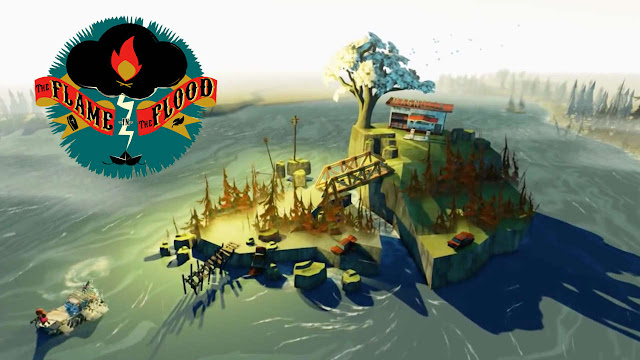 Each location must be scavenged for parts and supplies, and you salvage and craft your way along the river until you either starve, drown, die, or get eaten. The game manages to infuse even small discoveries with a sense of huge relief. It's amazing when the discovery of something as simple as a jar (to collect water or gas with) suddenly means the difference between life and death! There is a wonderful tension that is derived from the forward momentum the game keeps thrusting upon you.

A lack of good pacing is something the survival genre has often suffered from for me. This one tackles that head on, and very successfully by using the river to always drive that progress. No sheltering in one spot here, you'll only survive by pushing onward, downstream.

It's a little gem of a game. Definitely recommended.

Another indie that provided a welcome diversion from saving the earth this month was Firewatch. 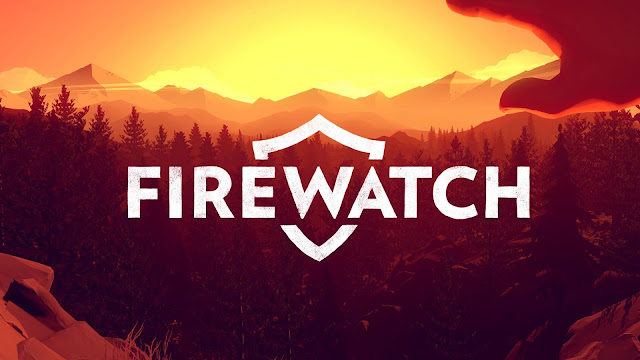 Firewatch is a mystery set in the Wyoming wilderness in 1989. You play as one of two Park staff who are looking out for forest fires, and communicate with each other through a radio. The player is the 'new guy', Henry, running from some sadness in his life, and his supervisor, a woman named Delilah on the other end of his radio.

It develops in ways you probably won't expect as Henry treks through the forest chasing down potential hazards.

To be honest the game has a few more issues that irked me a little as a designer. Honestly it's more of an interactive experience than a game in the truest sense. A 'walking simulator' as people have taken to calling them. It suffers from some linear design and some pacing issues. Even if the setting of a National Park affords the game a degree of faked 'openess', the game designer in me was all too aware these were just a series of linear corridors (albeit pretty ones with an occasional vista worth stopping for). It also suffers from somewhat of an abrupt ending that leaves you wanting more, but possibly not in a positive way.

All that said however it's well worth a play through for nothing other than the writing and voice acting. The characters may just be voices over a radio, but they interact in ways that seem genuine and human. The dialog is superbly crafted and infused with real character. Last month I applauded Oxenfree for how well it sold teenagers. This one tackles more adult musings, but does so with equal aplomb.

I'm glad I played through it. It won't be to everyone's tastes, but it's worth checking out.

X-Com 2 arrived, and given its predecessor was my favorite game of the year a couple of years ago, it's no surprise that I enjoyed this one. 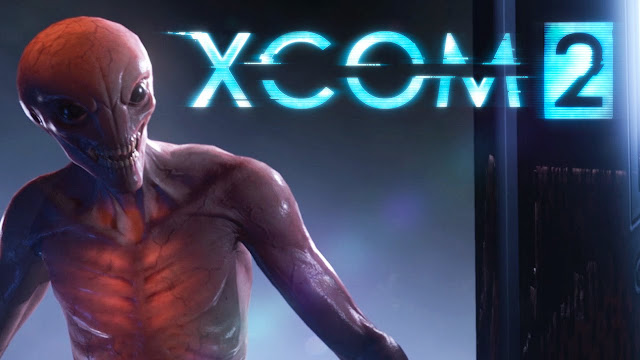 However the game wasn't a huge leap forward. Some things have been streamlined or eliminated (no more air fighter shenanigans thankfully), but mainly it delivered more X-Com. The tactical game-play is back, and still makes for interesting stories. The random number generator that drives the combat is still eccentric, and the game is still punishing on most difficulty settings.

In all honesty the game feels as much like a 1.5 then a true sequel, or a sequel in the way that Assassins Creed games evolve, or if you consider the FIFA series to be sequels. It's an evolution rather than an revolution, and the game is still at its best when its systems allow you to tell your own stories. It's one of those games where the parts you insert with your own imagination and narrative complete the experience. It's all about your soldiers, the names you give them, and the stories they live to tell, or the noble sacrifices they make.

This time around my squad were all named after Final Fantasy VII characters, and this time a certain somebody didn't die!

It's probably telling though that I enjoyed The Flame in the Flood slightly more. Still, this one is a worthy addition to the series, and it's well worth your time if you are hankering for some tactical turn based action.

Not sure what will spark my interest next month. I'm eagerly awaiting the next adventures of Nathan Drake, but that's over a month away, so I'll have to see what will tide me over till then.