on February 21, 2016
Last weekend I'd finished up a couple of projects, some new Trollbloods, and a new Cygnar character, so I figured that I'd set up some studio shots that showed them both off. 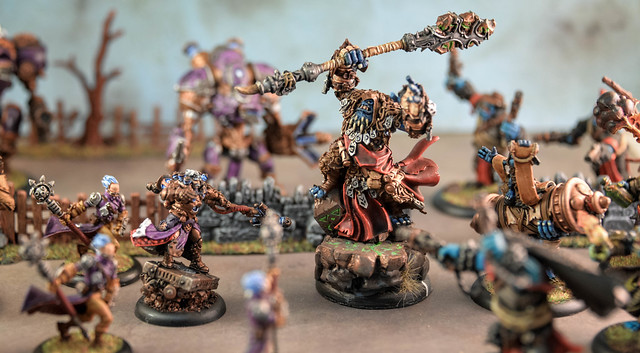 Setting up these 'battle' scenes is a lot of fun, and shows off the models and poses really well. If it's one thing I appreciate about the Privateer Press sculpts it's the dynamic poses that they imbue their models with. 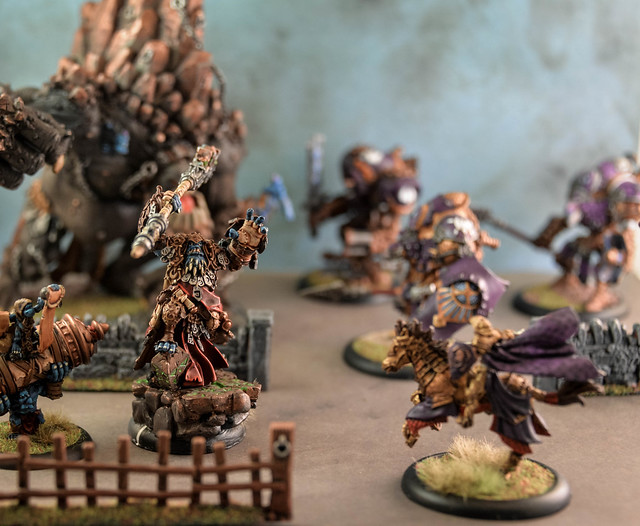 The new epic Dire Prophet sculpt in particular was great to paint, so many cool poses, and his familiars are a fun addition. I like that part of the Troll lore, that they go into battle with their storytellers front and center inspiring the troops. 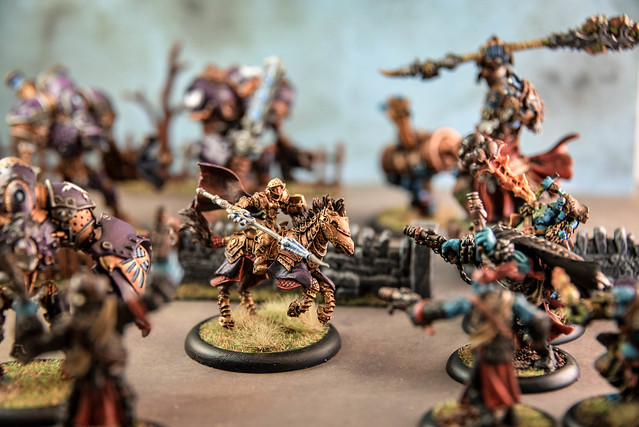 It's also some great photography practice and tests a different set-up than pure single miniature shots. I like playing with the depth of field, and using it to frame the shots.

Once I have some more scenery built and painted I think I'll be tempted to do a lot more of this kind of studio shots.