on April 25, 2016
The weekend at the painting table was spent working on this guy. The limited edition sculpt that Games Workshop released last weekend in honor of thirty years of Space Marines. 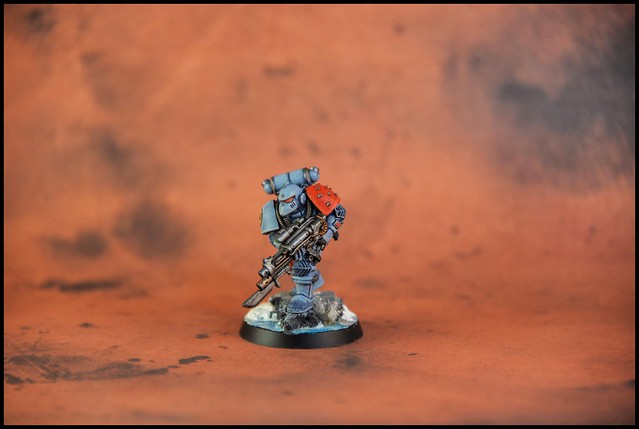 I decided to go with a classic Space Wolf color scheme. Despite having a Space Wolf army it had been a long time since I'd tackled their classic scheme since I do mine in a far darker blue scheme.

It's a great sculpt even if it's 'just' a Space Marine. The quality of the plastics that Games Workshop are doing at the moment is setting a high bar, albeit it a pretty steep price for these special single miniatures.

I spent way longer on this one than I would a normal rank and file marine, but that was also kind of nice as I didn't feel the need to rush through it. (something I fall prey to a lot when doing masses of infantry) 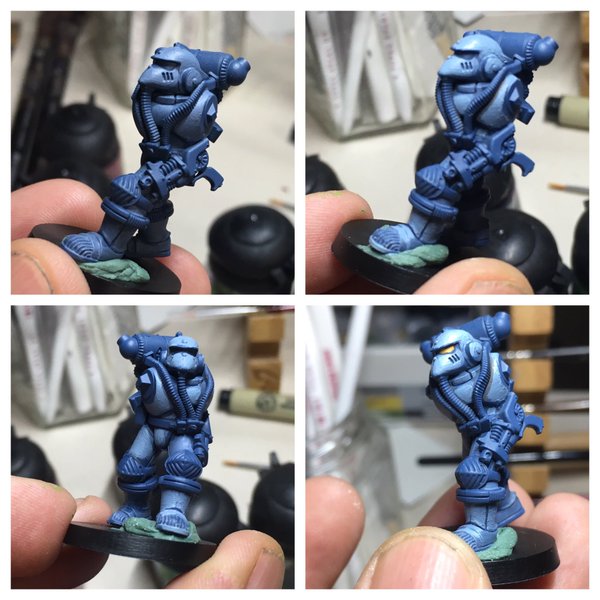 I think it was worth the time. 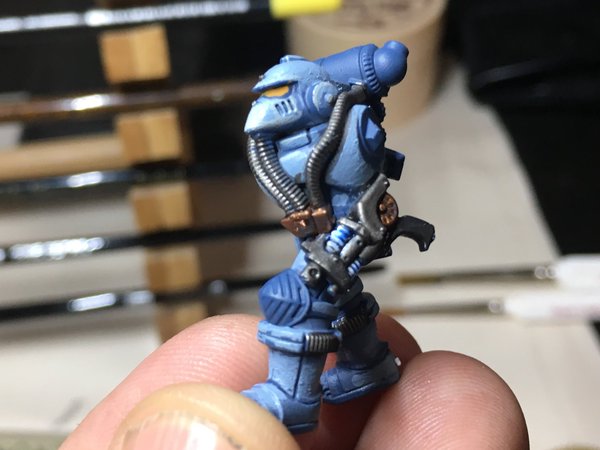 Amazing to think it's been thirty years since these guys appeared! 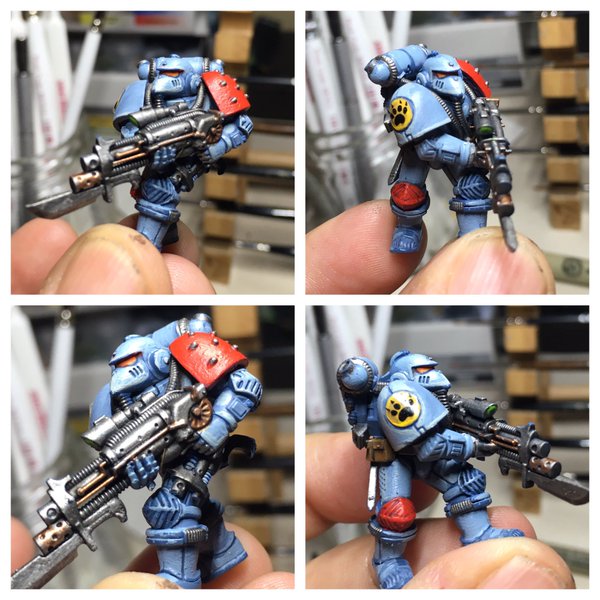 Such a huge part of my childhood play, and the start of my hobby and painting addiction!