on April 24, 2016
Travel always ends up inspiring new stories in one way or another, often with the most unlikely of sources.

I'm part way through finishing up a short story. One that has been in my head for a long time (too long most likely but that's another story). The Hawaii vacation meant that I had to leave it for a week before getting back to some final edits.

The trip however did provide another interesting moment of unexpected inspiration.

Honestly, I'm a little easy when it comes to such things. I'm invariably looking for inspiration from something. On a trip to a place like Hawaii you might think it was a volcano that provided some inspiration, or maybe a view like this . . . 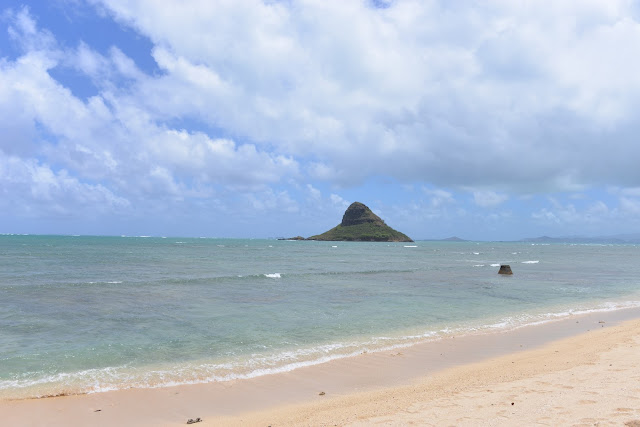 This time however, it was something small that I found on that beach that sparked a story idea or two.

Lying in some grass beside a palm tree I found a small piece of circular glass. It had obviously been in the ocean for some time. Curious, I picked it up and decided to investigate. It seemed to be the base of a glass bottle. It was fairly well covered in coral or the residue of barnacles, but in the light you could make out markings. 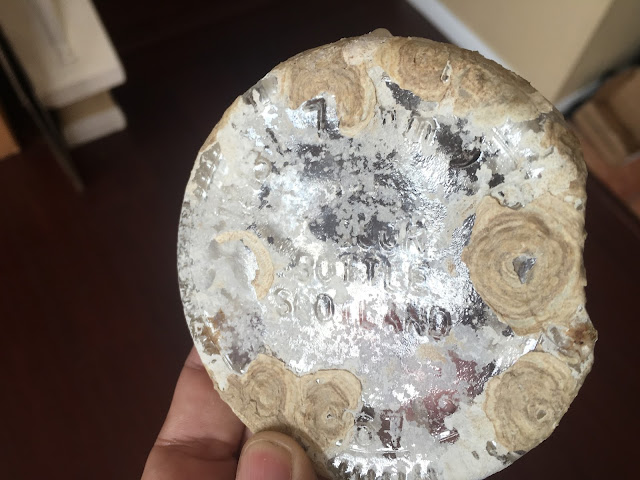 'Liquor Bottle Scotland ' - It had originated from my own homeland and had found it's way to the other side of the world. Turning it around in my hand you could also make out a year - '1967' - it was older than me as well.

To me these are the small things that inspire a story. How did it get there? What was its story? Who had drunk from that bottle, and how had it become smashed out in the Pacific Ocean. A careless holiday maker? A literal drunken sailor? So many possibilities.

I like the idea of the stories of small things. The props of our lives as it were, and the stories those items might tell.
It could easily have thrown in the trash or recycled once it had made its way to shore again, but I decided to rescue it.