on April 29, 2016
I didn't have as much time for other games this month. Between our vacation, alpha testing of Legion, and my ever so slight addiction to the Overwatch Beta, I found much of my free time monopolized.

I did however have time for one interesting title that had me sufficiently intrigued to try it out. 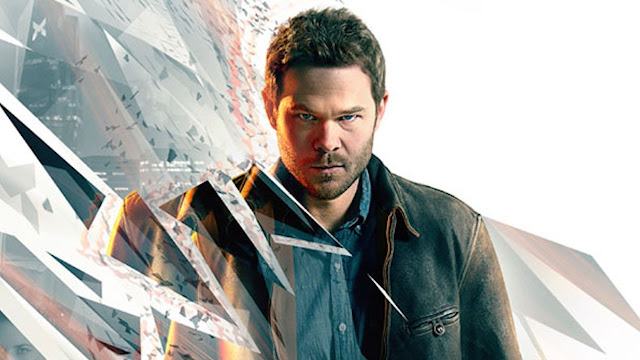 Quantum Break by Remedy (they of Max Payne / Alan Wake fame) is an experiment in multi-media gaming in that it is part game, part TV show. In between each section of the game, you get to watch a twenty-ish minute live action sequence, that occasionally branches based on a key decision you made in the game.

The game uses the same actors for both sections, which in part only serves to highlight the uncanny valley of switching between the live action and 3D representations of actors you recognize, but also makes it a fairly unique experience. 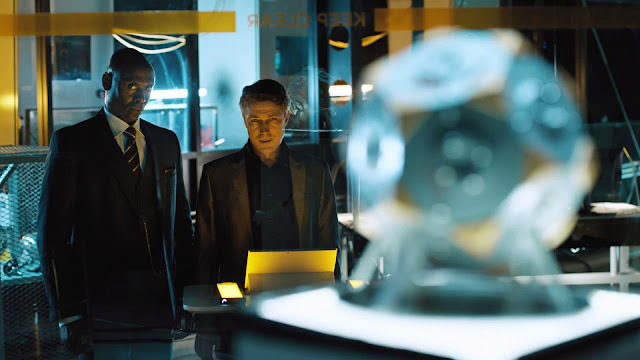 The cast is actually pretty good. Shawn Ashmore (The X-Men movie's Iceman) plays the playable character Jack Joyce. He's joined by the likes of Dominic Monaghan (Lost, Lord of the Rings), Game of Thrones very own Littlefinger, Aidan Gillen, and Lance Reddick, who I always liked in Fringe.

The story revolves around a time travel experiment that has gone wrong and ripped the fabric of time. The initial instigator of that experiment is then your adversary. Admittedly he does seem to be trying to use his knowledge of the future to prevent the end of time. He's just doing it by running a very big-brother like mega-corporation, and falling back on some old fashioned 'villain with good intentions' things.

Your character stumbles into the middle of all this. His brother was the brains behind the experiment, but having realized it was doomed to failure, tried to prevent it. Likewise the would-be villain is an old friend who calls you in to help with the initial experiment. After things go awry it's conveniently revealed that your character is also some kind of mercenary, or ex-mercenary, or ex-criminal . . . actually the game doesn't really try too hard to sell his backstory. He's good with guns, got it? Because you're going to need to use guns a lot.

The gameplay itself is plucked straight out of Uncharted, with the addition of 'time' abilities that seem like somewhat of a missed opportunity. Very few of them actually feel like they use the device. One is effectively a shield, one is bullet time, and one is a teleport / dash. All very generic stuff, and the action sequences themselves can often be navigated with minimal use of them. You'll be blasting through area after area filled with the goons for hire employed by the aforementioned mega-corp.

It just seems like more could have been made with the system.

Likewise the environmental 'puzzles' largely devolve into 'stand here and hold down Y to rewind time'. Thus allowing you to rebuild fallen bridges, avoid closed doors, etc, etc. It's another missed opportunity. Life is Strange managed to use the same potential hook in much more interesting ways last year.

That said, the pacing is pretty good, and maybe it is just the unique nature of the narrative presentation, but the whole affair hung together pretty well. I liked the characters, and wanted to see what happened next. The auxiliary characters in the live action sequences didn't resonate quite as much, as they were largely absent from the gameplay sections, but it all served to make it feel more like a wider universe.

Side note: Pet peeve of mine. Exposition dumps from reading people's emails. Hasn't anyone in this world heard of passwords? Virtually every single workstation in the game is helpfully unlocked with an email open on the screen full of 'IMPORTANT PLOT INFO'. I don't know about you, but after a while it actually breaks the immersion for me, and I want to lecture them on network security :p anyway, I digress . . .

So taken on face value much of Quantum Break, as a game, seems a touch uninspired, or even formulaic, but the game somehow rises above it's self-induced mediocrity in places and manages to deliver an engaging experience that I enjoyed playing through.

Even if I can't point to any particular element of the game and say 'that was cool', I did enjoy the overall experience. So yeah, better than the sum of it's parts!

I'd really hoped to get some time with the new Ratchet and Clank, but it was not to be. Maybe next month!