on October 14, 2016
This week saw me come to learn the importance of actually learning some anatomy to take these sculpts to another level.

One of the key pieces of feedback I heard over the first two weeks was that I should also consider looking into some anatomy tutorials. It seemed a little daunting at first, in particular as I was already tackling something daunting enough - the zBrush interface! However, I was pointed in the direction of a few specific tutorials on You Tube, and sure enough, the advice was right on point. 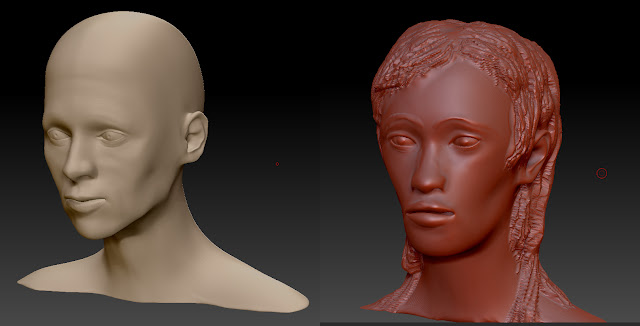 Even just a few hours of study on some of the basics of facial anatomy, and I found that my results were suddenly a lot more cohesive. My faces started to look like faces!

Now I just had to practice it! 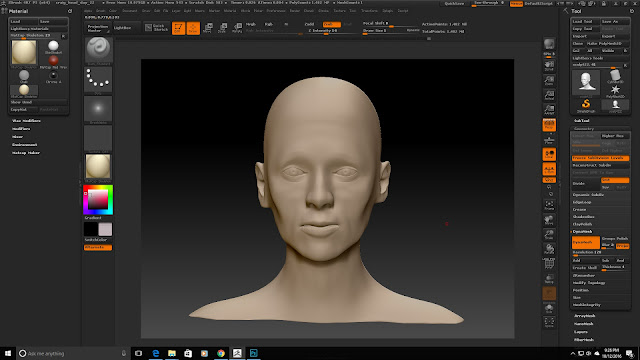 So I have been concentrating on working these shapes up, and starting to get the fundamentals of a human face right on a consistent basis. 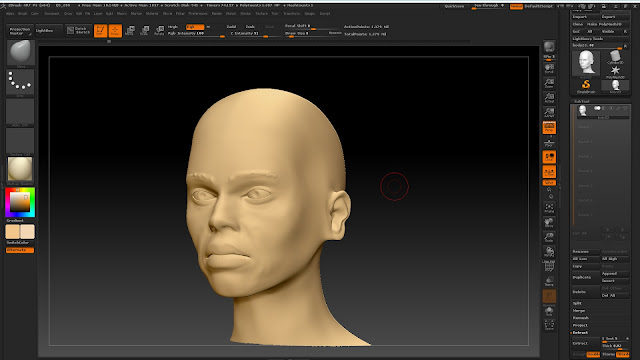 Every night, doing the same exercise to build up a face. Repeating the same kind of actions each night, so that I keep getting better with these basic forms, and that I learn where everything is supposed to go.

I still can't actually create a character that I have in my mind. The fact these look human is my main goal. It's mostly sculpting as I go, and seeing what kind of character appears. This whole experiment just strengthens my respect and admiration for the 3D artists that can imagine, or concept, a character and then bring it to life in this software!

In between working on these basics, I have also been having some fun. I've been playing with some other brushes, textures, and materials to also try to create some humanoid alien designs! 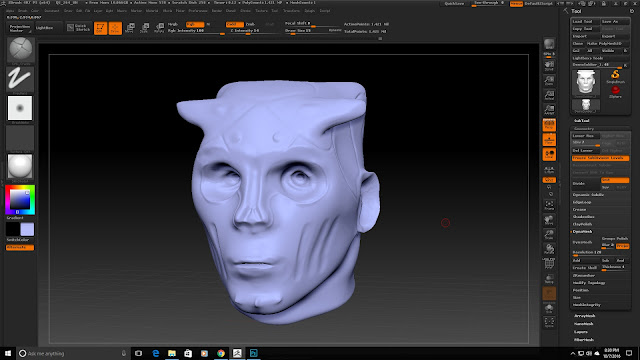 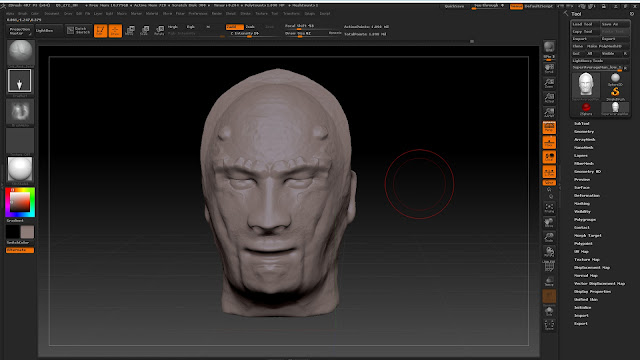 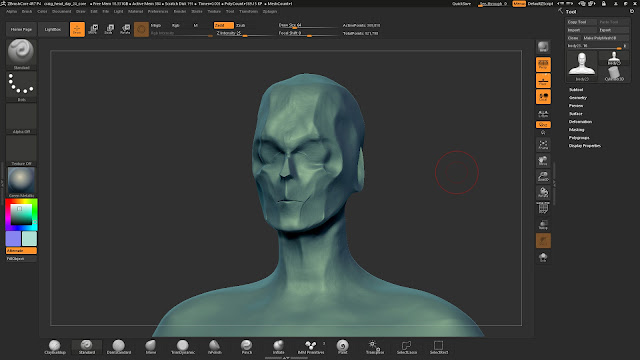 I'm pretty sure that if I stick with some sculpting after this experiment, it will be to do those kind of aliens and creatures. It's just so much fun!

This whole approach has also re-enforced my firm belief that practice, and repetition is the core of learning the fundamentals of, well, just about anything. Jeff Parrot, who recently joined our team here at Blizzard as my counterpart in the art side of things, posted this excellent little video about the importance of that approach when we were talking about it on Twitter, so it's worth reposting here!

It's a great reminder about what is important to focus on when learning a new skill.

I have a few slightly more advanced tutorials lined up for the coming week, so let's see where it takes me!