on December 31, 2016
I picked up some new camera gear for the studio over Christmas, so I couldn't resist experimenting with it to capture some views of my Infinity armies. Given the small scale of Infinity games you aren't usually fielding all these models together, so it was fun to put them all out on the table, if only for some moving pictures! 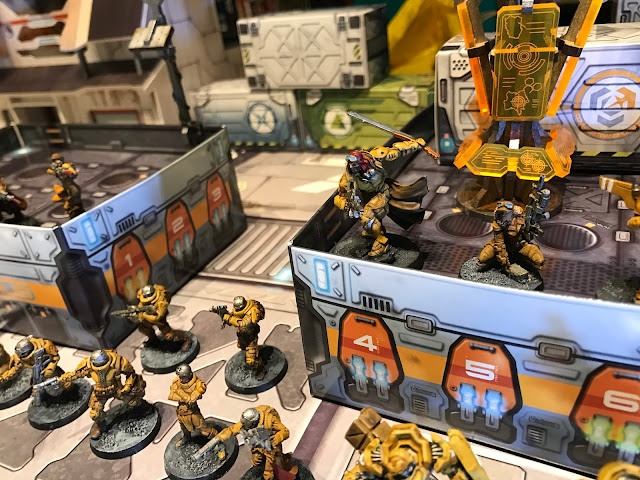 First up are my recently completed Haqqislam forces.

Been playing with some new studio toys. Got a portable mini track for camera pans. Yes, I'm a nerd. Makes for cool things like this! pic.twitter.com/vYmmh9sWZE
— Craig Morrison (@Silirrion) December 31, 2016

Then we have the Imperial Service Sectorial that I finished up earlier in the year.

... so I had to practice by capturing each of my Infinity armies. That first one was my Haqqislam. This one is my Imperial Service Sectorial pic.twitter.com/ek2uSmsRLS
— Craig Morrison (@Silirrion) December 31, 2016

Last, but not least, my original Infinity army, the Yu Jing, JSA Sectorial.

Last up we have my JSA sectorial forces. I can see myself having way too much fun with this new set-up. pic.twitter.com/sUxhgaLD9u
— Craig Morrison (@Silirrion) December 31, 2016

It's not as easy to light the models when the camera is moving, but I'm sure that with a little practice, I'll find a good set-up for these kind of shots. I also got my hands on a little 360° motor, but I'm not sure quite how to use that for miniature photography. I'll need to experiment some more with them to see what I can do with the new gear.