on December 01, 2016
It's the start of December again, so time to try to maintain the tradition of my own little advent calendar of cool stuff here on the blog. Today we'll kick off with a game that didn't get the sales it probably deserved (certainly compared to it's peers!) 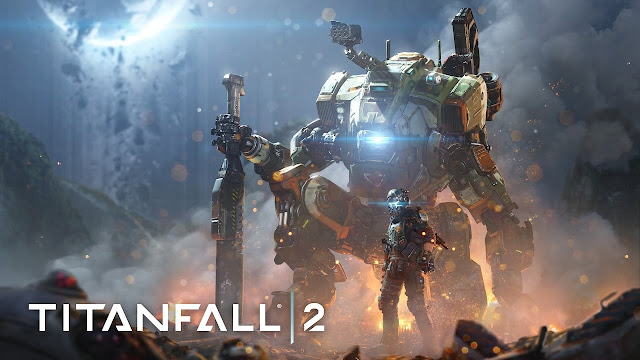 I'll admit the original game left me a little cold. The lack of anything that actually resembled a true campaign truly handicapped the first installment. So I don't blame people for passing on the sequel. However, they are missing out.

While the multi-player remains reasonable amounts of fun, it's the new shiny single player campaign where the game truly shines. It makes characters of the Titan's themselves, and specifically your vanguard BT-7274 (catchy name right?). I don't want to spoil too much for those who haven't played it (and by most estimates that's a lot more people than EA might like), but the single player is probably my favorite FPS campaign of all time. I should caveat that with a general ambivalence towards most of the COD / MW era of games, but I've played them all.

This was the most fun I have had with a single player campaign in an FPS in a long time. The core gameplay loops are tight, and provide plenty of interesting options. I rarely felt railroaded into specific tactics.

The story may be a little generic, but in this format, it fits. The stories these games tell should be high stake epics. It works for the genre, and the set pieces are excellent.

All in all, an easy one to recommend for any FPS fan, and honestly, for any sci-fi addict who likes the idea of fighting to save humanity from extinction with a great big mech at your side!