on December 09, 2016
Today's entry is up there with some of the best designed narrative experiences of recent years. 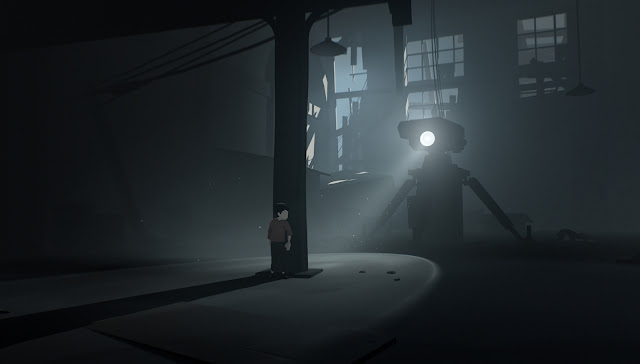 In some ways Inside by the talented folks at Playdead can be seen as a spiritual successor to their previous effort, Limbo. Once again you find yourself controlling a child in a side scrolling world. Moving left to right, trying to avoid death as you push forward, exploring an atmospheric, ambiguous, world. It might be easy to write this off as a rehash of their previous effort, just with a more accomplished aesthetic.

That would be doing Inside a massive injustice.


To me, it strikes me as the game they probably wanted to make when starting out with Limbo, but couldn't until their style and approach had matured.That iteration has allowed them to craft something altogether more engaging. This feels a degree more intuitive than Limbo, the controls a degree tighter, the animations a degree better, the puzzles are a degree smarter. The whole affair is a marked evolution of their previous design.

Then there is the world.

There is some amazing storytelling on display here, all delivered without so much as a drop of exposition (just the way I like it!). It's a layered story, open to interpretation, all crafted without a single line of dialog. It is however compelling throughout. You want to discover more, to try to piece together what the hell is going on.

The ending may frustrate you based on your compulsion to find closure in games, but for me it was pitch perfect. (and the hidden ending is well worth seeking out for another curve-ball. Seriously, it's like the gaming version of the spinning charm from Inception)

If you skipped this one based on its similarities to Limbo, you're missing out. Easily one of the games of the year for me. Strongly recommended, both as a player, and as a designer.