on February 26, 2017
The new sculpts that Corvus Belli have been churning out of late have been transforming some of the older units in their game. One such update that came out last year was the Maghariba Guard for Haqqislam. I managed to pick one up on sale recently, so was eager to tackle this monster of a mech! 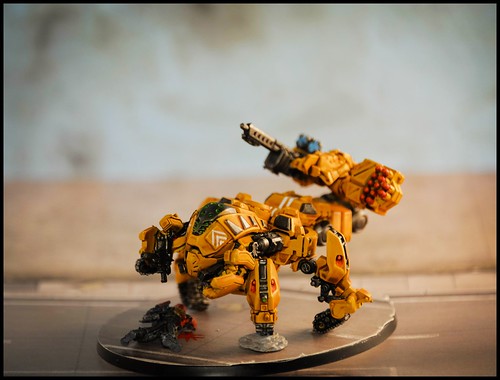 This one is one hefty piece of metal! 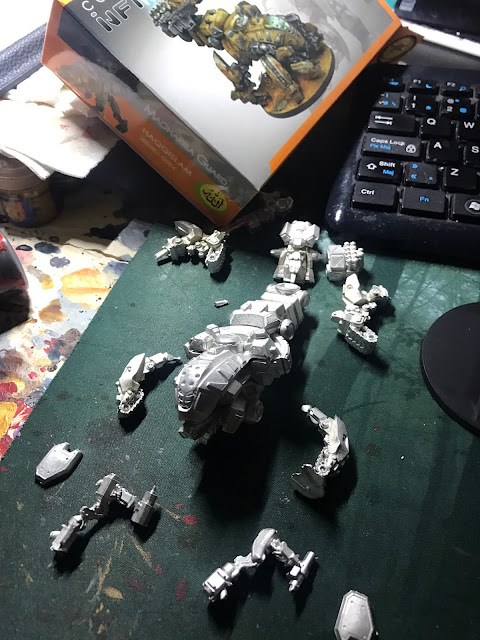 It's been a while since I tackled such a large metal model. I wanted to think about giving the pose some more sense of movement and it was immediately apparent that would be a challenge! I made the choice to use a larger base, which would allow me to have it rearing up a little. 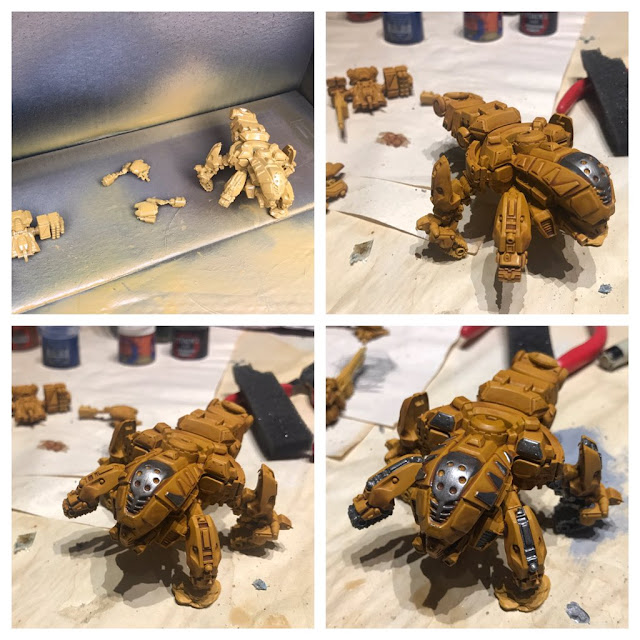 The lines and form on this sculpt are great, and it was a lot of fun to paint.

I sacrificed one of my spare JSA troops to provide a poor victim for the base. 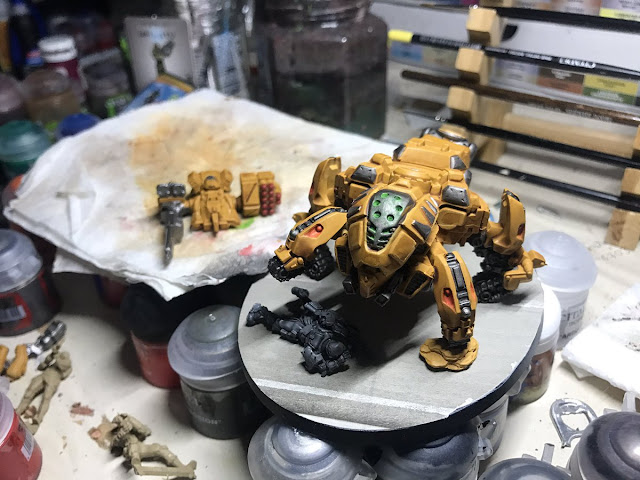 It has just the right amount of detailing, and represents a good contrast to the usual bipedal form of the other TAG units from Infinity. I hope we see more like this in the future from Corvus Belli.

I was happy with the final results!