on March 21, 2017
The latest addition to my Stormcast Eternal force are a pair of the Dracothian Guard. These impressive mounted troops have a very different profile to most mounted units, as rather than looking fleet or swift, have a very imposing bulk to them. 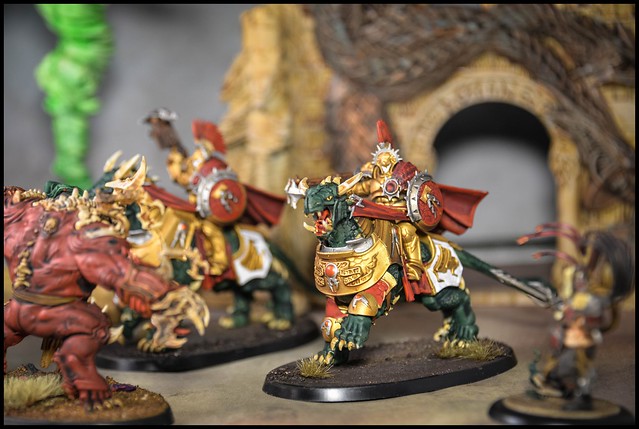 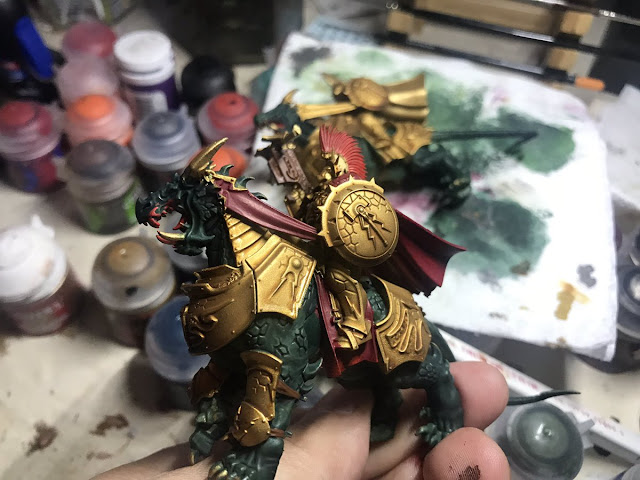 That's a lot of gold, so the detailing becomes very important. I use silvers and white to provide some contrast and make things pop out nicely as I progress. 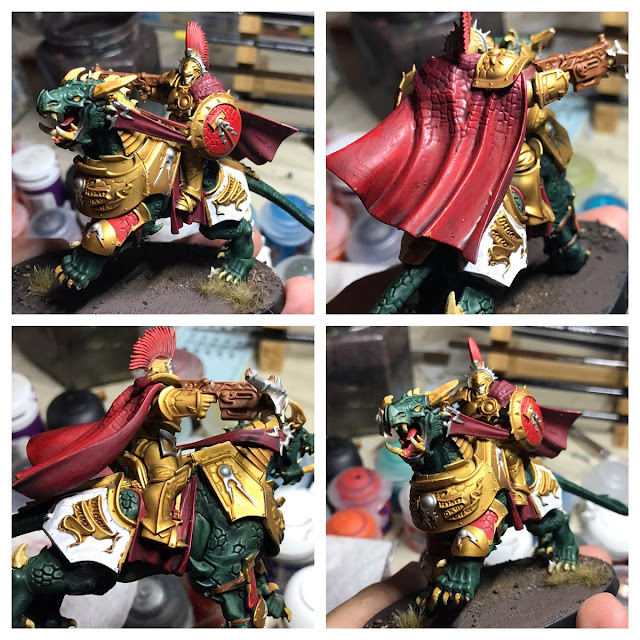 Then the final detailing on the skin, and face of the beasts helps to bring the whole thing together. 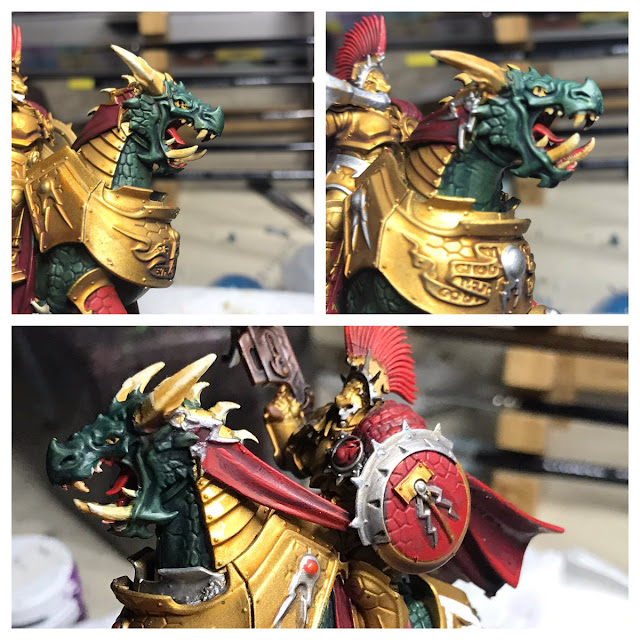 The final results in the studio came out pretty well! 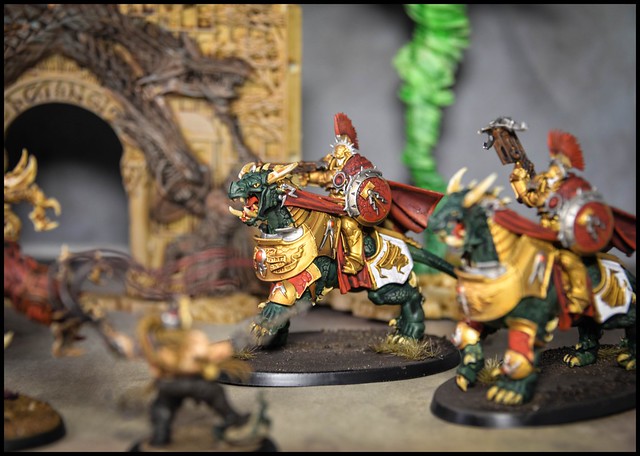 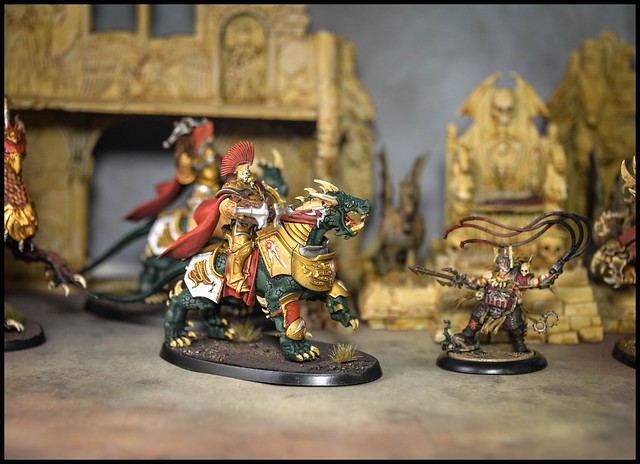 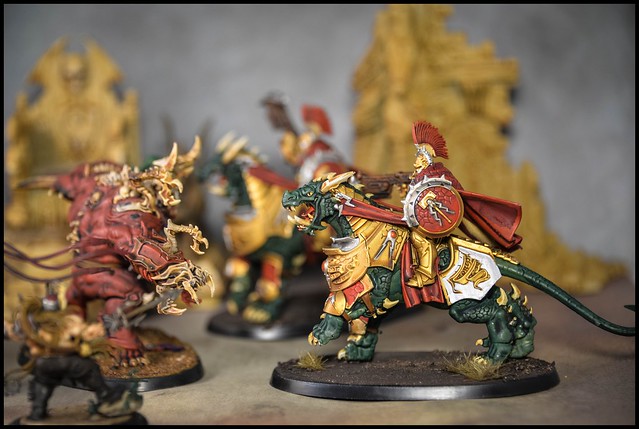 Next up I have some of the Vanguard units to paint, and those will be the final additions to my Stormcast army for now, as the new Dwarf faction that Games Workshop have teased is right up my proverbial alley! As soon as they appear I fear I'll have the start of a second Age of Sigmar army!

On the plus side they are presumably on the side of Order, so I can always field them with some of my Stormcast. That's one of the strengths of the Age of Sigmar ruleset in that it is so easy to field armies from the wider allegiances.

The new army isn't released until later in April, so there might be time for me to catch up on my Tohaa for Infinity in the meantime!