Must Play - May Edition

on May 28, 2017
While Persona 5 is still nowhere close to finished, I have been carving out time for other games as well, and there were two stand out new ones to mention this month.

First up we have the one that surprised me the most.

That description alone should have turned me off. I have a bit of a love / hate relationship with roguelike games.They don't often capture my attention as I tend to dislike the loss of progress while replaying of the same content. Dead Cells manages to mitigate just about everything I dislike about indie roguelikes. 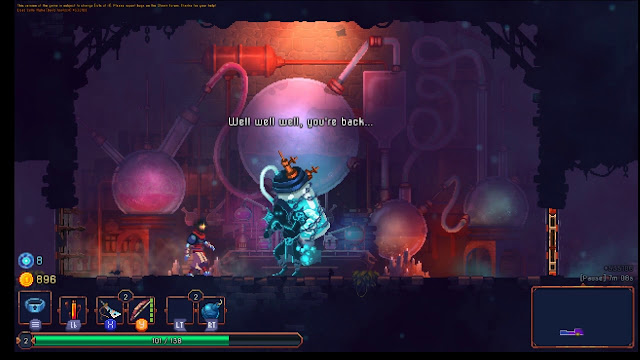 I also tend not to like hard games. The whole genre reborn with the popularity of the likes of Dark Souls. I primarily bristle at that type of game due to the mechanical demands of the controls and the frustration factor. So it was a double surprise to me when this games managed to sink it's hooks into me! 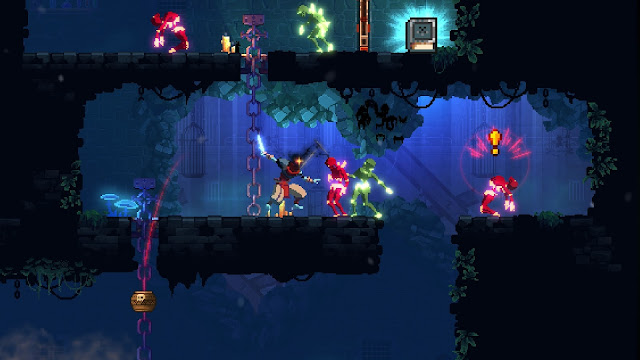 The controls are very smooth, and honestly may be the best part of the games design. When you make your game challenging you have to ensure the controls are intuitive. It's really slick, and has a finely balanced learning curve. The enemies attacks have just the right combination of telegraph and timing to present an evolving challenge.

Then there is the fact that you carry forward some of your progression between games. It's an inspired change to the format and ensures that virtually every run pays forward in some way. If you managed to get to the end of a level you can invest the 'cells' you have collected into powerups and new weapon options. Those then become available across games. It solves the central dilema that I often have with roguelike games.

It's also a lot of fun. The controls are so good that this one really triggers the nostalgia cells in my brain. This feels like a 90s platformer in all the right ways.

Then we have the latest strategy game from the team that might just be the best in the business right now.

Endless Space 2 is everything that I wanted once Amplitude Studios announced the sequel would owe more to Endless Legends than it would it's own predecessor. 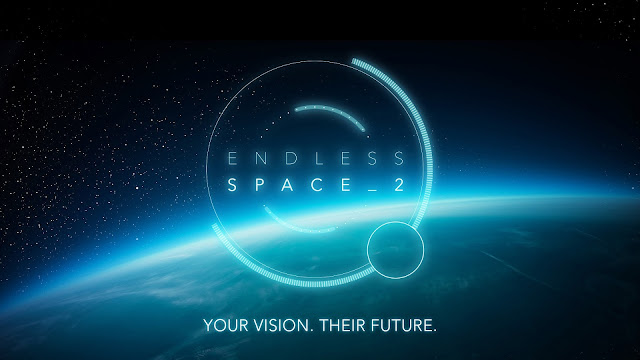 It takes the formula from Legends and crafts it into the finest 4X space game I've ever played. It might even be the best 4X game of any type that I've played. 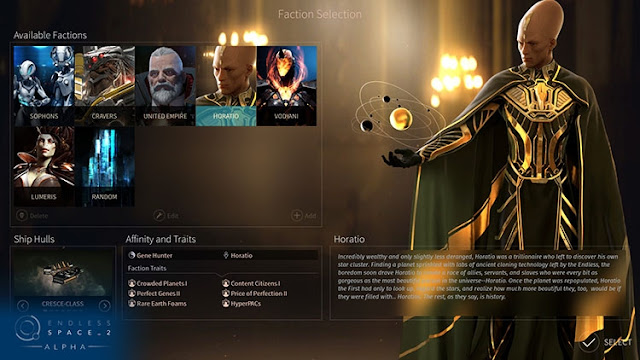 The jewel in the crown of this game is the brilliantly varied races and how their individual idiosyncrasies impact one another. These go way beyond the simple 'militaristic' / 'Capitalist' / 'Peaceful' type of classifications that define the rest of the genre. Here, as in Legends, each race has unique mechanics that directly influence how the race plays, and how it starts out in the universe.

They play with the conventions of the genre and each wrinkle adds another layer of strategic depth to how you play them, or how you play against them. One race for example cannot pro-create in the normal way, so they must assimilate others. There are ancient sentient tree people, who colonize other planets by growing organic space vines out to engulf them. Each race has unique properties that enhance the gameplay in some way, shape, or form.

Then there is the politics system that defines what goes on in your own empire. You will be judged by your actions and various factions will emerge and start to exert their influence. Your society may force your hand on certain things, and it adds an interesting secondary consideration to what are usually resource management choices. It adds consequences to even the most mundane of choices. Start off as peaceful, but then build a military for defense? Don't be surprised if hawks start to emerge from within your own ranks, and ultimately test your pacifist nature. It makes for a fascinating subtext to your games.

A worthy follow up to Endless Legends, and an easy one to strongly recommend for any strategy fan.