on June 30, 2017
This month has largely been spent trying (and failing) to finish Persona 5, and catching up with an old MMO acquaintance or two. There was however at least one new game that has managed to steal away a few hours here and there. 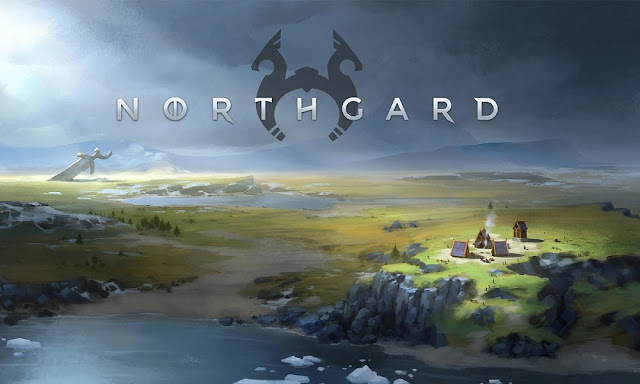 Northgard is another early access game on Steam, although from the games I've played it already feels pretty polished. There is a campaign mode still to come, but it's already worth a look if you like some polished RTS action.

While the core of the game follows a familiar base building format, it's all the little touches along the way that allow the game-play to shine through. It's well laid out, easy to pick up, yet still has enough depth in the back end to warrant longer play. 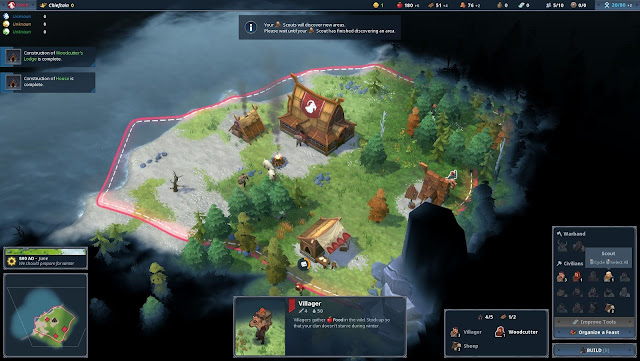 One of the elements where it starts to distinguish itself is how it crafts stories from the environment. The game space is made up of many tiles, and each carries with it both an acquisition cost, and a variable set of properties. These go beyond simple resource variances into some interesting ideas, many of which act like pseudo quests for your tribe to engage in.

Then there are the shifting seasons. While not a new addition to strategy games here they help immensely with acing. The winter months are harsher, with resources harder to come by. This adds a tension to your decisions in the summer months. There are loaded opportunity costs to many of the decisions you have to make. Short term gain has to be weighed against saving for future hardship.

The tile system, and the changing seasons, combine to create enough of a spin on genre norms to be interesting. I can't wait to see what they do with the campaign mode, but this one is already worth checking out!

Other than that I have been revisiting both Final Fantasy XIV (to check out the Stormblood expansion), and checking out the systems reboot on the relaunched Secret World Legends. Honestly though, with all the creative projects going on at the moment, I struggle to find the time to dive deep into other MMOs while Legion still has me. With Tomb of Sargeras having opened up a new tier of raiding this month, my MMO time still sees me on Azeroth more than anywhere else!