on August 14, 2017
When it comes to starting a new faction or force in a tabletop game, I'm usually a little intimidated by those large infantry units with lots of models. It's the reason I've never made an Orc army, despite loving their aesthetic in the Warhammer 40k universe.

So the massed ranks of the Poxwalkers that are part of my new Death Guard army had been sitting on my painting table waiting for some love for a few weeks.

I bit the bullet and dived into them! (and Fabius Bile sneaked in there too!)

Horde units are always intimidating in my opinion. You want to do a good job on them, but there are just so many! 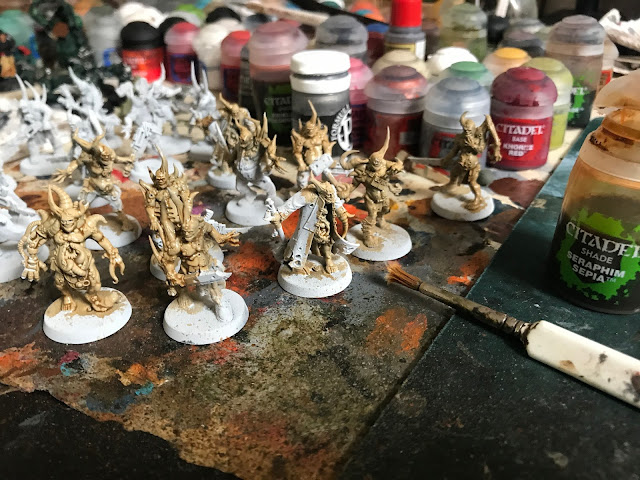 So this time I started out with a series of washes in order to bring out the skin treatment I wanted. Then I choose purple as the break-up color. It may be a little 'hulk', but the scheme always works well. 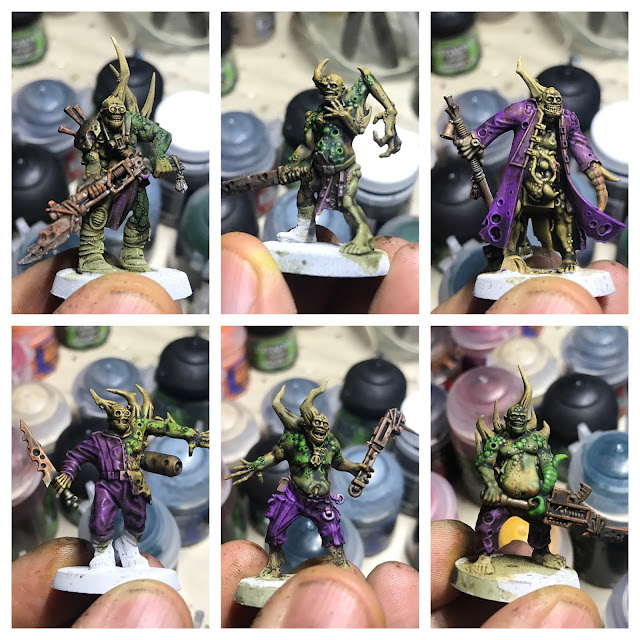 Then I start to work on the details, picking out the weapons, tentacles, belts etc. The rust treatment worked well again here. It really suits the Nurgle units. 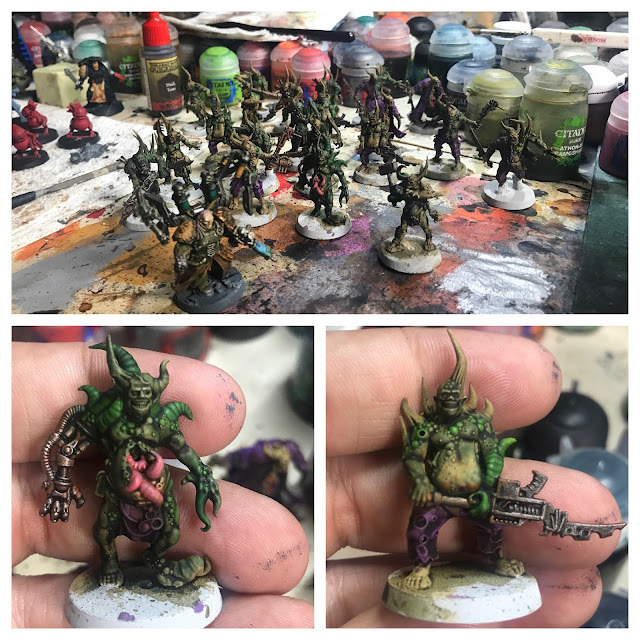 Then I work up some more washes, and finally picked out a dark red scheme for the bones and horns. Originally I had intended to do them as regular bone colors, but I felt the models needed another color hit, so red it was. 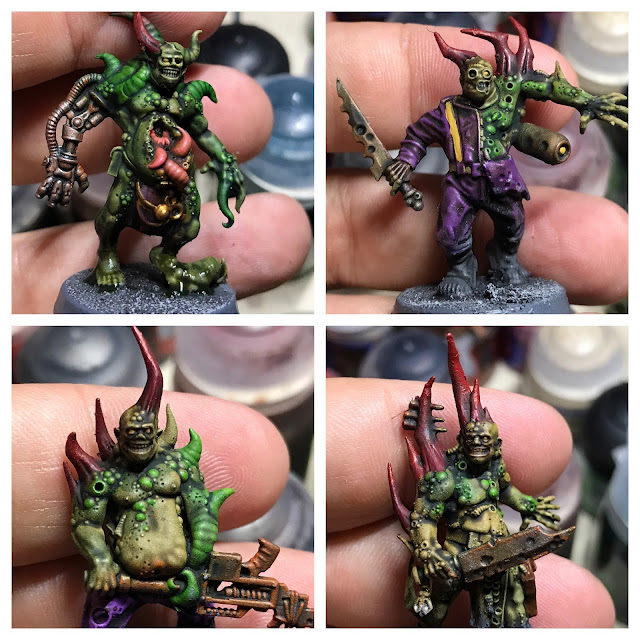 Lastly, I go around and pick out some brighter green highlights for the boils, lesions, etc.

Overall I'm pretty happy with how these guys turned out. Which is just as well, as I have even more of them still to paint!

Next up I'm converting the Dark Vengeance Hellbrute to make it a suitable addition to this Death Guard force.