on December 17, 2017
Pixar are really good at telling a certain type of story.

They have a formula for it. Pixar themselves have spoken about it, critics speak about, film students and You Tube channels dissect it with regularity. There may be subtle nuances from film to film, but the core tenants of their formula have been well established.

When I watch a Pixar movie now I can clearly see that formula at play. Their structure is now such a known entity, and their creative choices so well established, that it is actually even more impressive to me that their films continue to confound any cynicism as to that formula, and continue to delight me.

Coco is the most recent example of their mastery. 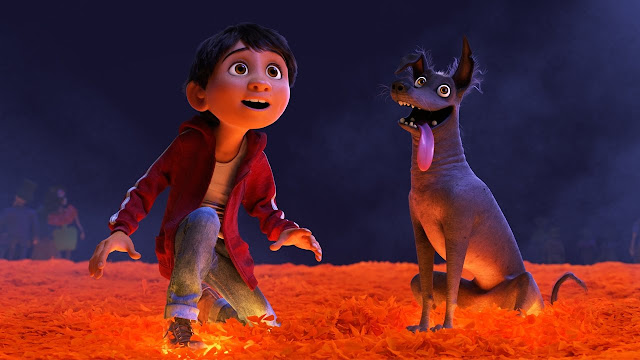 You have to be really careful when you follow any kind of pattern or formula across different creative endeavors. There is often a very, very, thin line between the suspension of disbelief, and the impact of seeing that formula at play. To pull it off consistently, as Pixar do, you have to get very good at it.

To me, they continue to succeed because, while the formula exists, they also remember how important characters are. Whether it is the easily understood arc for the central character, or the larger than life characteristics of the side characters, Pixar know how to hit their marks every time.

Take Miguel's grandmother. She is a wonderful example of this. Her role in the formula is clear, she personifies the tension between family tradition and personal ambitions. That is required to drive Miguel forward. However she could easily have just been that, but she isn't. They make sure to inject enough humor, and give her just enough moments where you get to understand her position, that she isn't just a plot device, even when she is.

Do this with almost every character in your film, and you have suddenly got a lot closer to creating something special. That's what Pixar do so well for me. The small character moments all get paid off.

Coco does that masterfully. 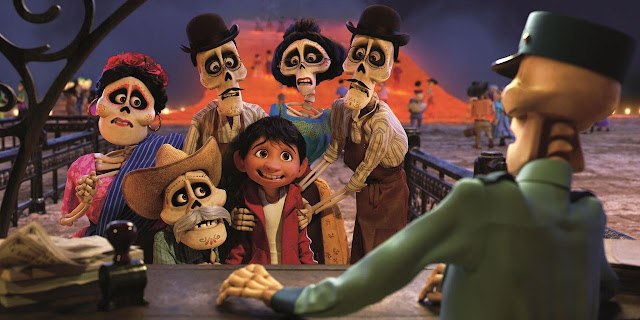 Yes, you can see the formula, yes, you know the ending way before it happens, but none of that matters when the characters still manage to genuinely feel human (or undead in this case I guess!).

This one was up there with my favorite Pixar films.