on December 07, 2017
One week into this annual list of my favorite things of 2017 and we have a Star Wars offering that is not the impending Episode XIII. 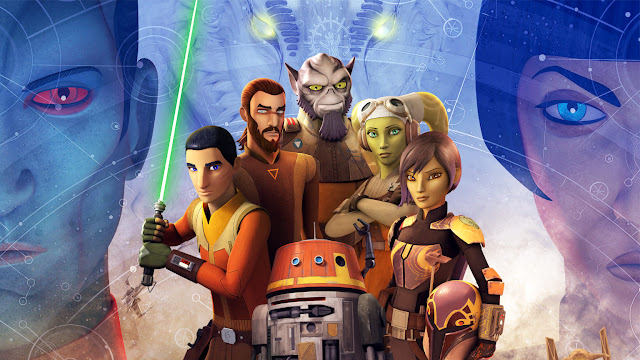 Star Wars Rebels is in it's fourth and final season at the moment. This series was developed in some ways to bridge some of the gap between Revenge of the Sith and the original Trilogy. It follows on the tradition of the excellent Clone Wars series by proving that an animated series can be aimed at Disney's core child and teen market while still being smart and full of interesting characters.

The long form format allows for true character arcs, and the half hour episodes themselves continue to be expertly paced and brilliantly written.  This is brilliantly realized serial storytelling, complete with foreshadowing, character conflict, and action that put many big budget live action ventures to shame.

The characters of Phoenix Squad are some of the best that the franchise has ever offered up. If you've been sleeping on what is ostensibly a kid's show, you've been missing out. 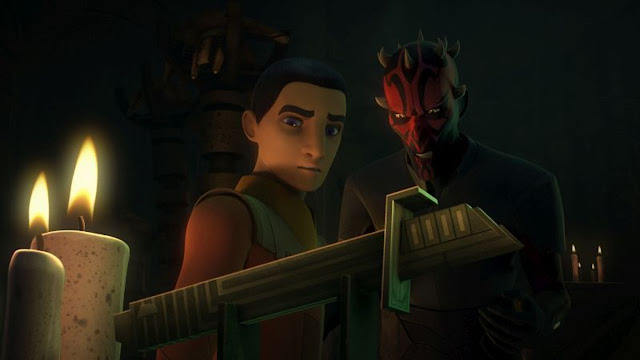 The setting allows them to explore some of the iconic characters from the films and even the old expanded universe that haven't been flushed out before.

For me it falls into the same category as The Last Airbender and The Legend of Korra. It never condescends to it's target audience and isn't afraid to tell layered stories while still being true to the Star Wars mythos.