This was one small idea that ended up very large.

This was a very special project that started with a small, silly idea. It all started with this guy and an army of nurglings ... 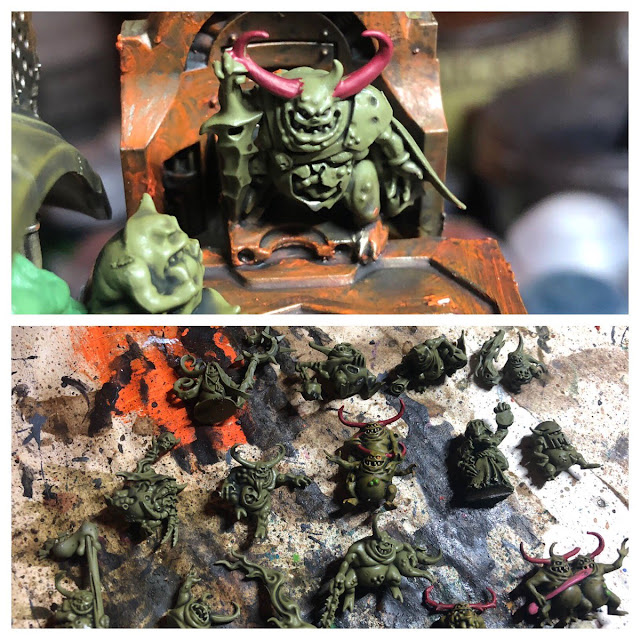 When I saw the caped Nurgling he looked all regal and confident to me. He looked in command. He looked like a King. Then I imagined what a Nurgling King might ride into battle ... I figured he might compensate.Then I just had to figure out how to make it!

Then the Rotigus head from the Greater Unclean One kit was the final piece of the puzzle that launched me into this one!

The conversion wasn't quite as straightforward as I hoped. I had to play with the arms quite a bit to re-use the Bell hand (also from the Greater Unclean One kit), and then modify the Battlecannon arm to allow for the 'Royal platform'

Then I set about layering on green stuff in stages to create a rotten build up of organic material across the hull. 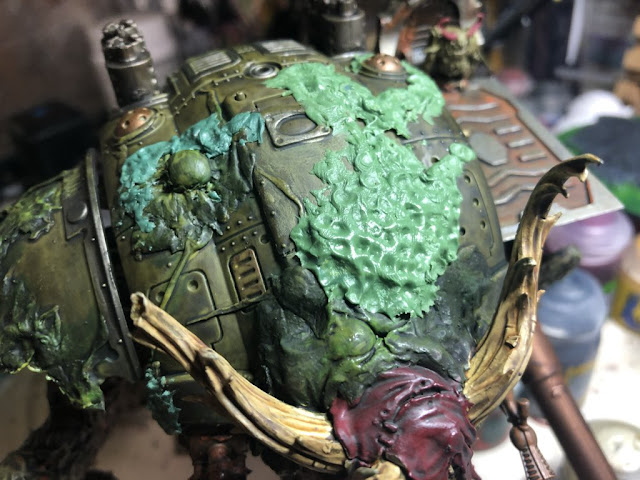 Then I used a combination of ink washes and Nurgles Rot to blend the different layers in. 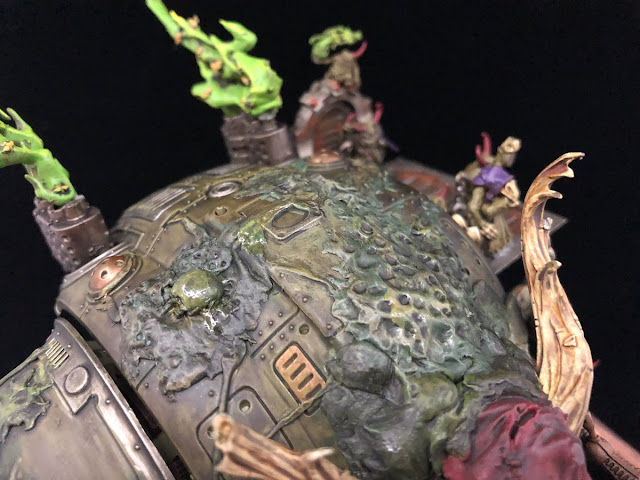 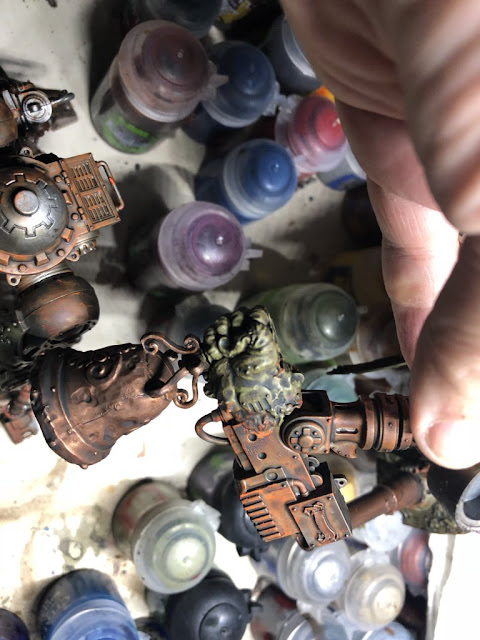 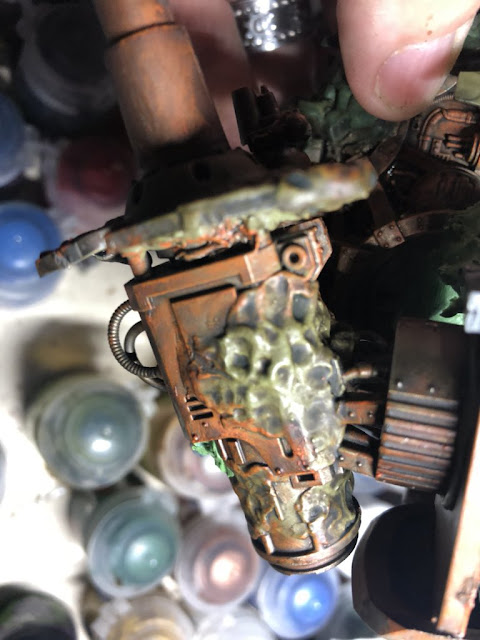 I was pretty happy with the final effect here once I had built up a few layers.

Then once everything was assembled I had to find the right spot for all of the Nurglings! 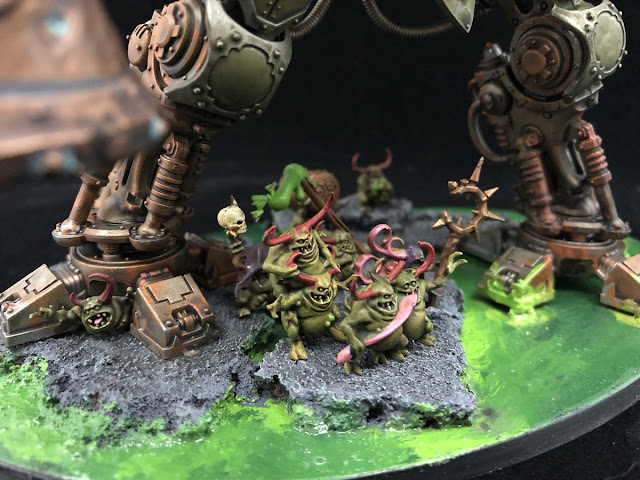 I build a retinue down on the ground level, including the poor crushed Nurgling! 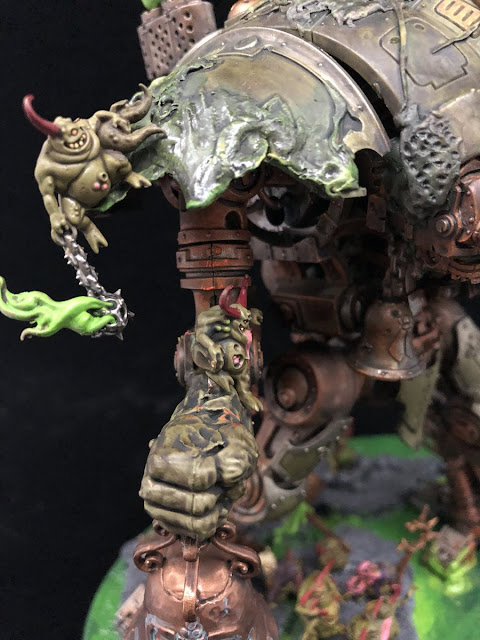 There was only one place that the Sassy Nurgling was going to be placed! 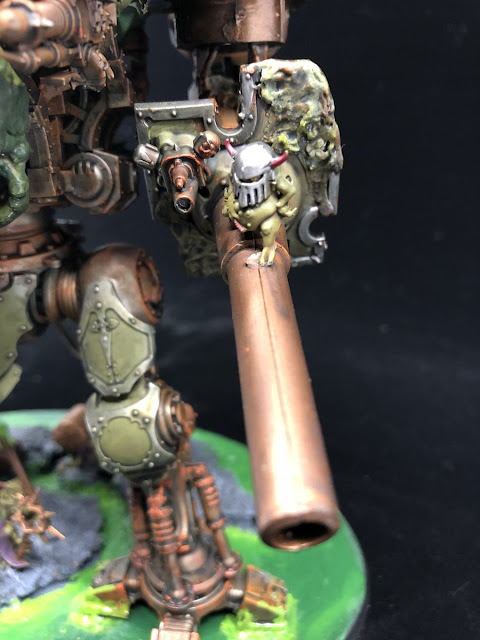 Then we had the Nurgling King's Court itself. Complete with ol' Stabby (the acolyte from the 90s Chaos Sorcerer pack I painted recently) 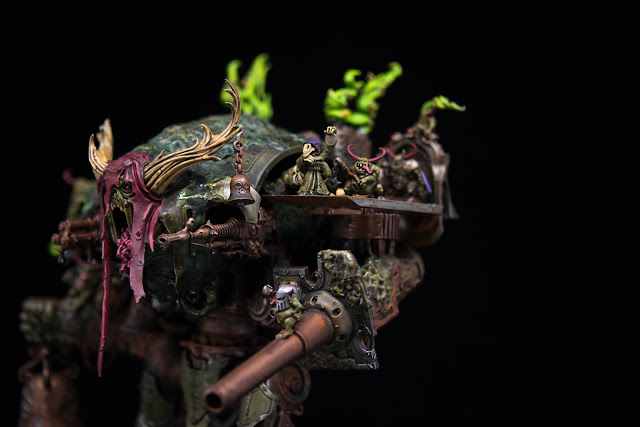 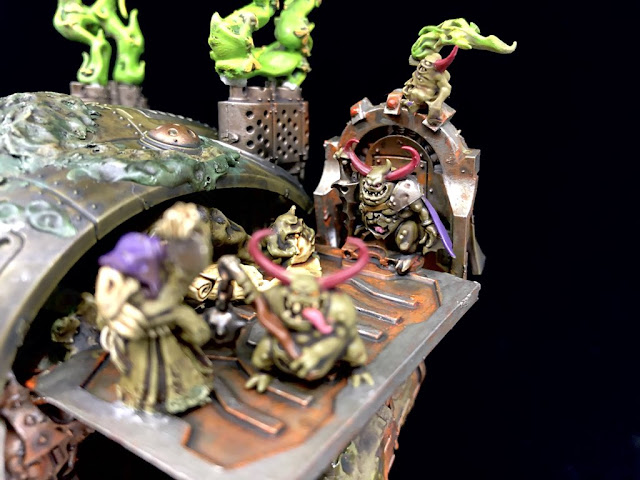 This was one where I was very, very, happy with the final results. 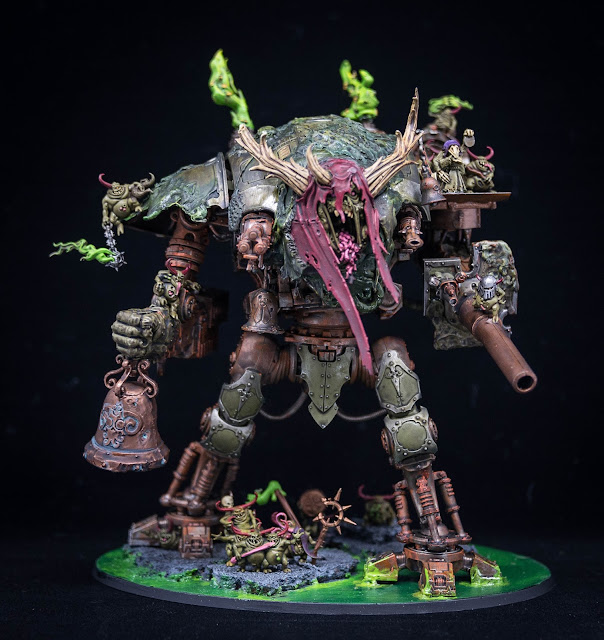