on February 11, 2018
One of the models that I was able to pick up from the Las Vegas Open a few weeks ago was a true piece of Warhammer Fantasy nostalgia - an old Chaos Sorcerer! 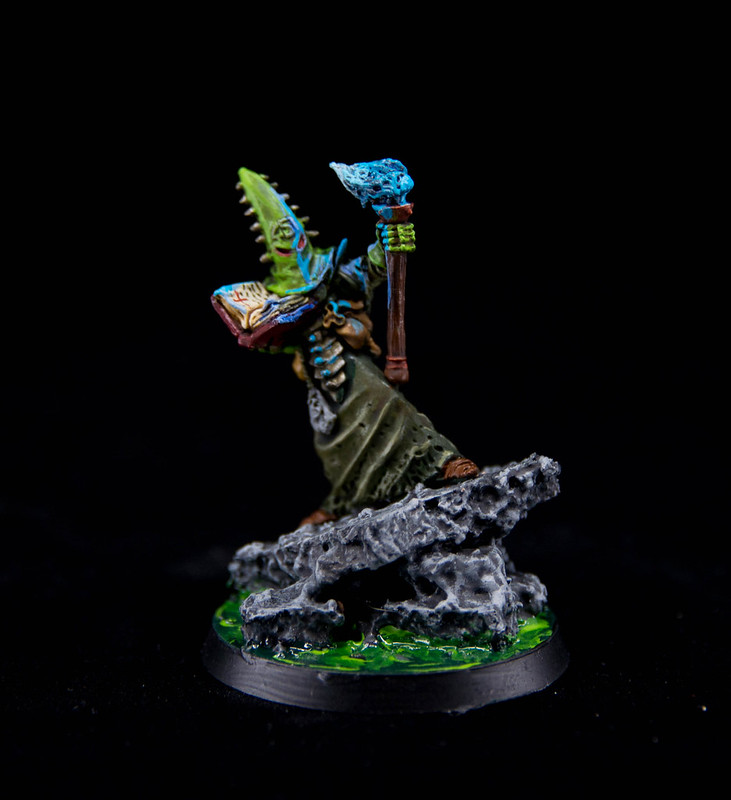 One of the vendors had many, many, boxes of old sprues, metal and plastic alike. Rummaging through them was a little like miniature archeology. 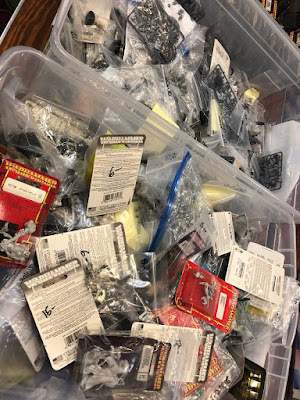 This one is from sometime in the mid-1990s, probably around 1995 judging by the marking on the packaging. 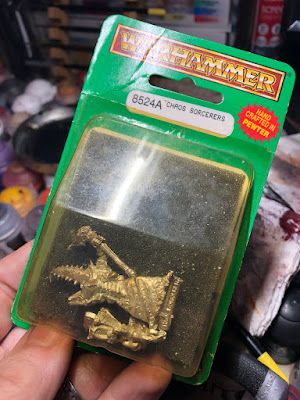 The scale on these models is definitely closer to the old 28mm standards than it is the current 32mm format that most of the Games Workshop stuff ends up in. That said he still fits well enough with his more modern counterparts, so I decided he would be the latest addition to my Nurgle forces. So green for the paint job it was! 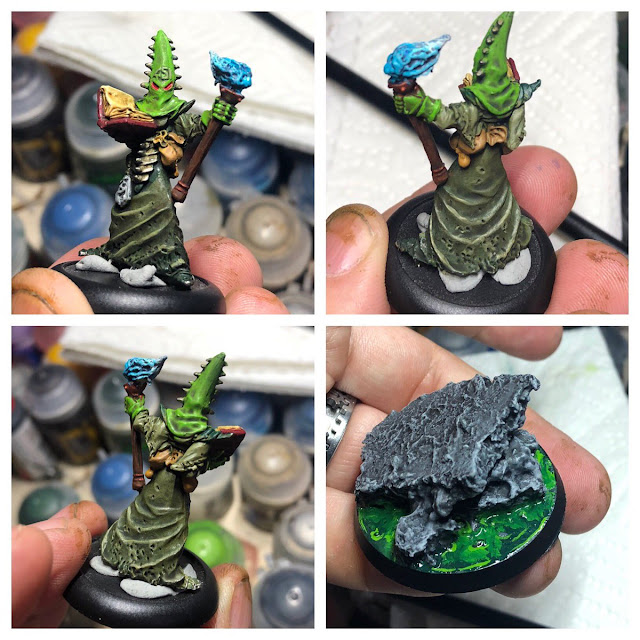 I also beefed up his base a little, so it kind of compensates for the slightly smaller scale. All in all I was pretty happy with how this one turned out! 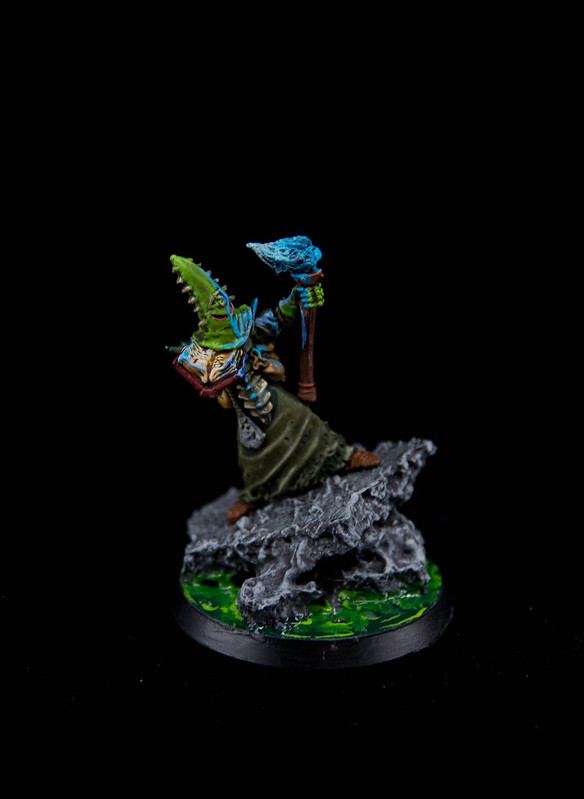 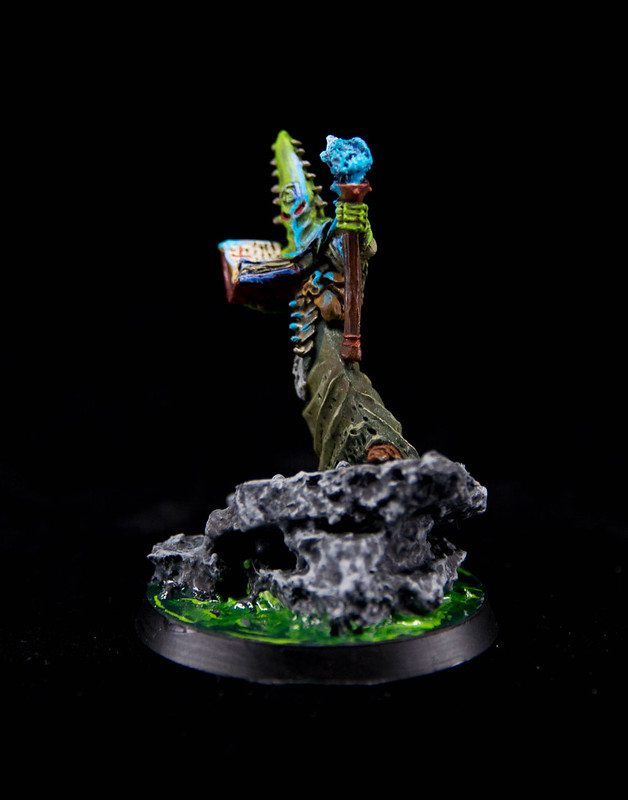 Then it was time for some fun! Played with some VFX to bring this one to life!


Next up are a couple of special projects that will be interspersed with some catch-up on my Infinity backlog!
Age of Sigmar painting