on August 20, 2018
It was time. This last weekend I had to finally tackle the part of the corrupted Ad Mech project that I had been avoiding for a while now. Assembling and painting some infantry.

Personally I tend not to enjoy painting rank and file infantry as much as the more signature pieces, but they are important part of an army for the tabletop, and besides, with this project, they also presented an opportunity to have some fun.

They did have to be converted to the embrace of Nurgle!

To start with I wanted to do some Electro Priests and two small squads of Rangers. 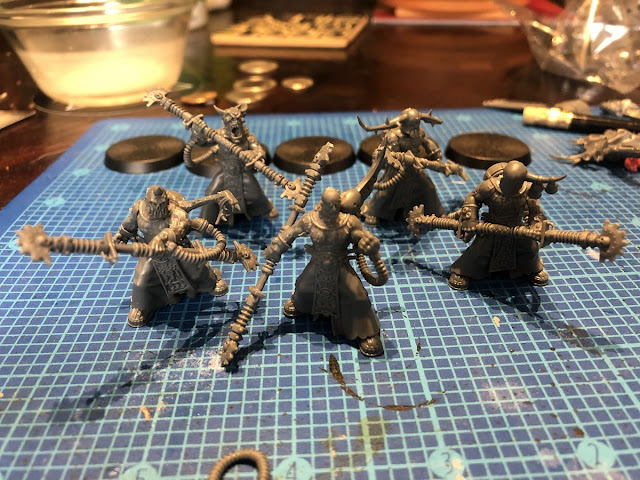 The Electro Priests in particular were a good fit for mixing in more spare parts from the Putrid Blightkings box. It really worked well and merged some fitting Nurgle elements into the unit. 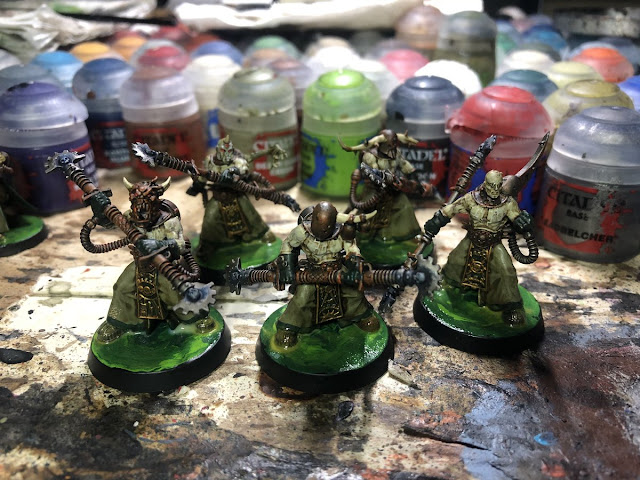 For the Rangers it was much more about working in the rust, and finding the right color scheme to make them feel as if they are part of a Nurgle force. 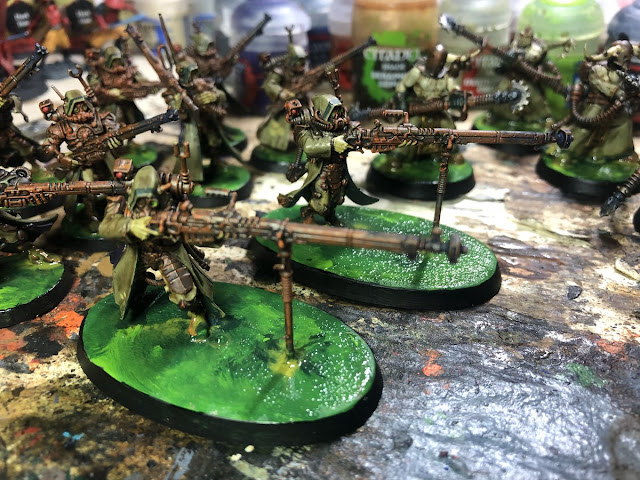 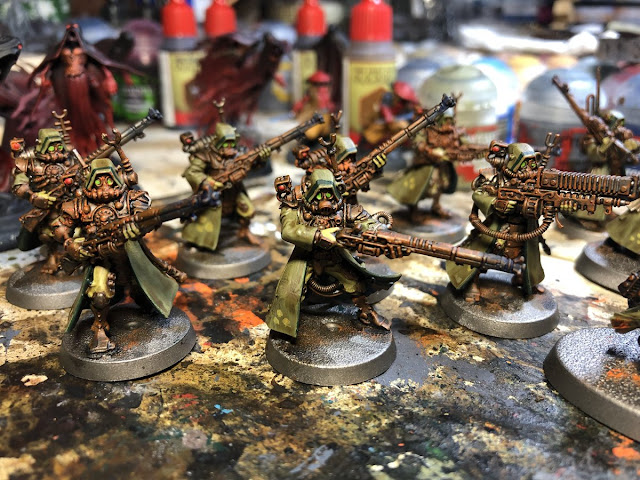 Overall I was happy with the results! 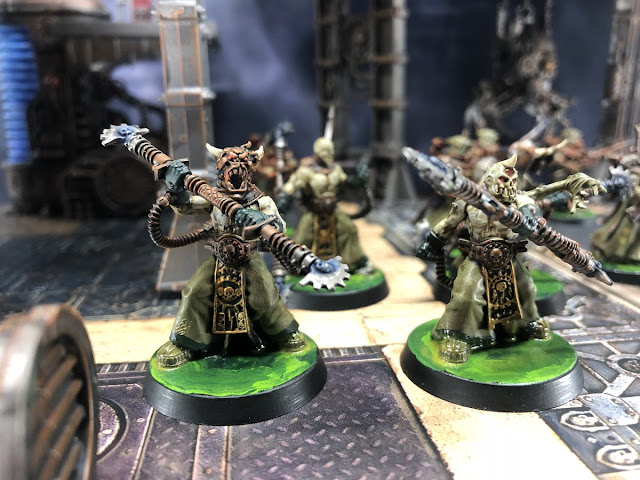 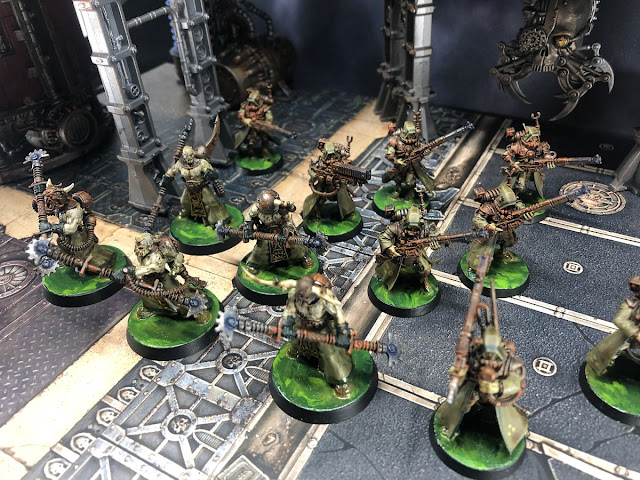 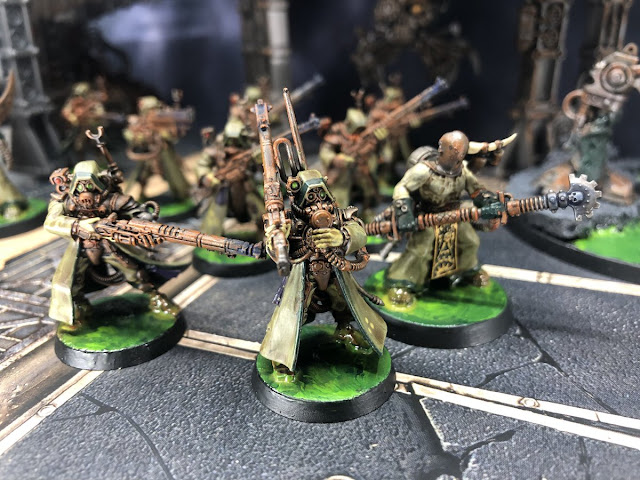 Now I'll just need to add some Vanguard units and I should be good to go Infantry wise.
40k painting