on December 24, 2018
The final entry on the list of my favorite things of the year is the latest installment in the Assassins Creed saga.

Assassin's Creed Odyssey bases itself in one of my favorite historical periods, so I was looking forward to this one. 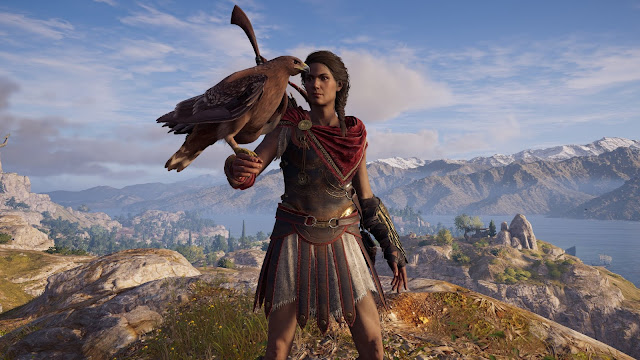 This time you control one of two characters, each with their own perspective on what is to come. You play as either Kassandra or Alexios, and while the mechanics and story aren't doing anything revolutionary for the series, they do combine to form the best told story they have done yet.

The voice acting is top notch, and the characters interesting.

The combat is, as always, passable, and largely doesn't get in the way. The parkour and movement are still excellent, and most importantly the exploration is once again at the core of the experience. I also really appreciated being able to individually manipulate the combat difficulty, and the exploration hints.

That means that this time out you can choose to tailor the combat to your tastes and then opt in or out of the heavy handed waypointing. This opens up the world to genuine exploration again. As is usual for the series, the game is at it's best when it is letting you play the way you want to. 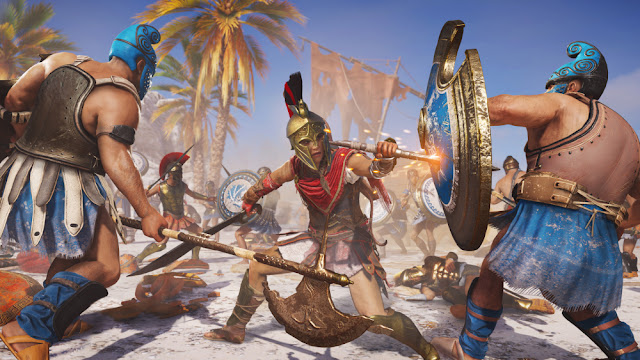 They brought in just the right amount of myth and legend, while remembering that the protagonists can still be interesting characters in their own right.

The series has also learnt how to streamline most of its side systems. This one feels a little more considered than some of the previous entries, and everything has a more meaningful purpose to your overall efforts.

This is a distillation of all of the good bits of the series. It feels like the right balance on almost every front.

So if you have any affection for the series at all, this is an easy one to recommend.

Just a reminder, this list wasn't in any particular order, as I don't really prescribe to picking one singular game as 'the best of the year' as I enjoy different games in different ways. By the same measure given my genres of preference I tend to sink just as many hours of enjoyment in any given year into games from previous years.

This list was simply me sharing some of things I thought were awesome this year.

Until next year!
Best of 2018 games gaming