on December 10, 2018
Today's entry in the list of my favorite things of the year, is the latest incarnation of everyone's favorite long running British sci-fi show.

New show runner, new Doctor, there was a lot on the line for the BBC as Jodie Whitaker stepped into the role of Doctor Who this year. They needn't have worried. 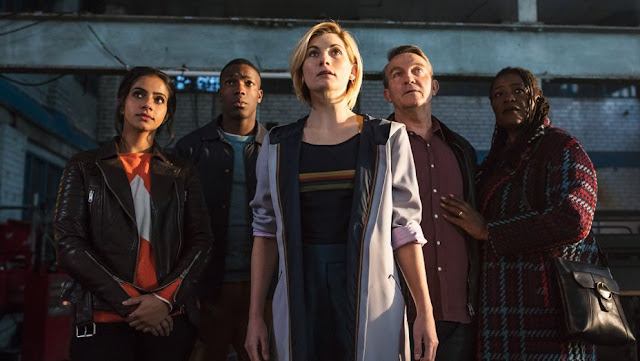 I have thoroughly enjoyed the new run. Jodie Whitaker has immediately grabbed the role and made it her own. She is a wonderful Doctor, and my only wish is that they were doing longer seasons again.

The show feels a little like it is rediscovering itself again.

There were real historical episodes, dealing with topical issues through the eyes of moments in time. Both the Rosa Parks and Indian Partition episodes spoke to the type of stories that Doctor Who hasn't tackled in a while.

There was plenty of goofy, plenty of dramatic, and just the right amount of moralizing.

There was also a palpable love for the science in the Doctor that I'm not sure has ever really been as present in previous Doctors. I loved that element of her version of the doctor.

The companions have been strong, if a little under served individually since there are three of them, and they all had reasonably satisfying establishing arcs through this initial ten episode run.

There has also clearly been a bump in the shows budget. The effects have been universally better, with more location shooting, better costumes and aliens. That combines into a noticeable jump in visual quality, with better direction evident in most of the episodes thanks to the broader canvass they have to work with.

Overall a brilliant first season for a new Doctor.