on November 14, 2019
I was on campus at UCI today to sign the paperwork to confirm that I’ll be teaching my Game Design class again next year. 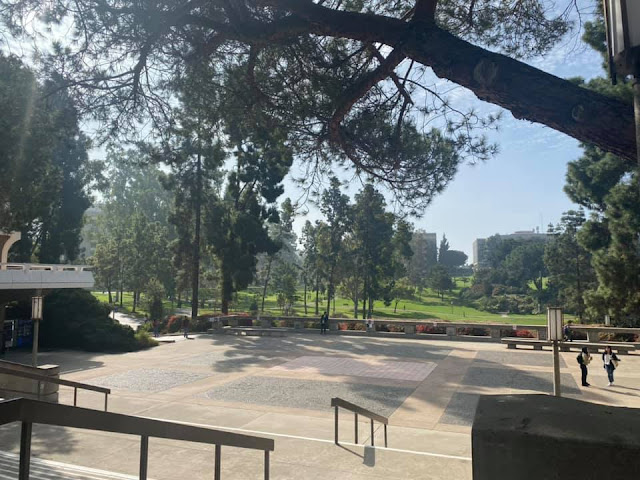 It also gets me thinking, and will bring me to another little bit of news.

This will be the fifth year of this class and I’m still honored to get the opportunity to give back to the next generation of game developers.

It’s also a natural point to reflect a little on how I got here, because this week is also an anniversary of sorts.

Twenty years ago this week I first got paid for work in the games industry.

It wasn’t much. A small freelance cheque for some writing about MMOs. I’d never have guessed then where it would lead me. In the twenty years since then, I wrote about games for a bit, then got to make games and forge virtual worlds that I’m very proud of, before going on to built and support teams I’m incredibly proud of at both Funcom and Blizzard.

I wanted to make cool thing I believed in with people I liked.

I worked hard and embraced opportunities. I had victories and setbacks alike.

It all moved forward with small steps. No master plan, just doing what seemed like the right thing at each of those steps. For me it speaks to the importance of having a direction rather than a specific goal or goals. I always knew the direction I wanted to go, and my beliefs and ideals guided that direction. I tried to prioritize my direction over achieving specific ‘things’. I turned some opportunities down because they didn’t align with my values.

I embraced positions or roles others didn’t want or thought weren’t as ‘cool’ because I believed in them, even when taking the other path would have been deemed to be ‘progress’ or ‘promotion’.

I’m not sure there is any concrete advice here other than try to be mindful of what direction certain decisions will set you on. Always question that when you have options, and try to choose the option that serves the long term direction you want to be headed in.

Which brings me to the other little piece of news ...

Folks on the team already know this, but after six awesome years supporting the WoW design team as the Design Manager (which has been an amazing honor, and as I mentioned at the top I’m incredibly proud of this team), I’m getting the opportunity to shift back into design itself.

I’ve always considered myself a designer first, and while it’s been tremendously rewarding to help build the current generation of the WoW team, it is time to stretch the design muscles again.

Getting to do so on WoW, with such a great team, is a privilege.

So here is to another twenty years of making cool stuff with great people.
Game Development