on December 31, 2019
It was another busy year at the painting table. I largely focused on continuing to build out the hordes of my corrupted Nurgle force, with a few other odds and ends thrown in.

I used the sculpts from the Space Marine heroes blind boxes to put together a kill team. I don't get to paint 'clean' marines very often, so this was a nice break from all the Nurgle rot and decay! 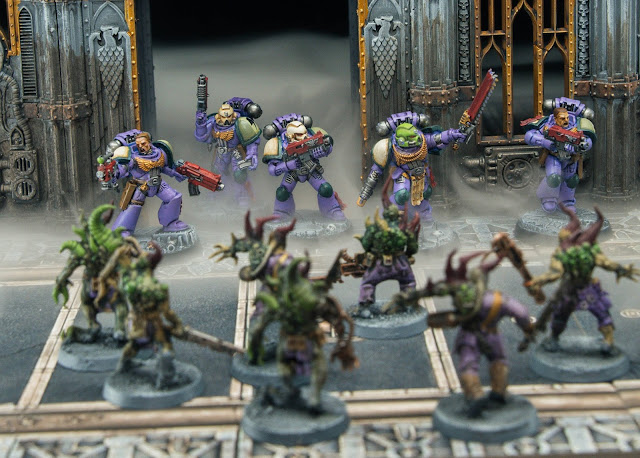 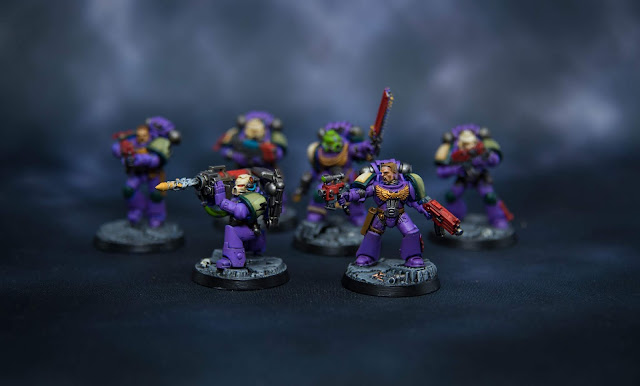 I admit, I mostly got another Great Unclean One kit to use it for parts for my Nurgle conversions, but as it happens painting this guy up was a lot of fun, and I got to play with some new UV resin for the putrid goop. 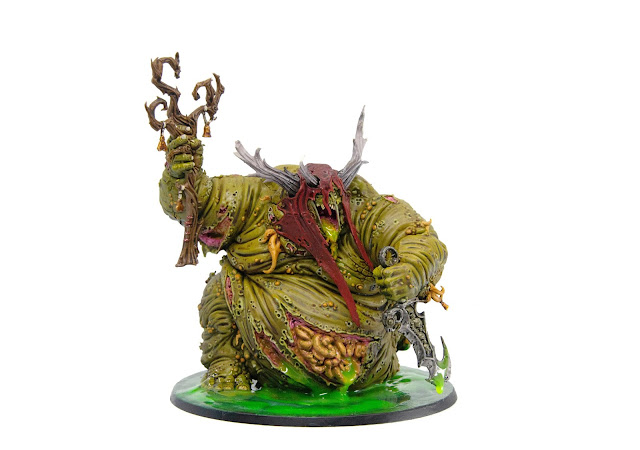 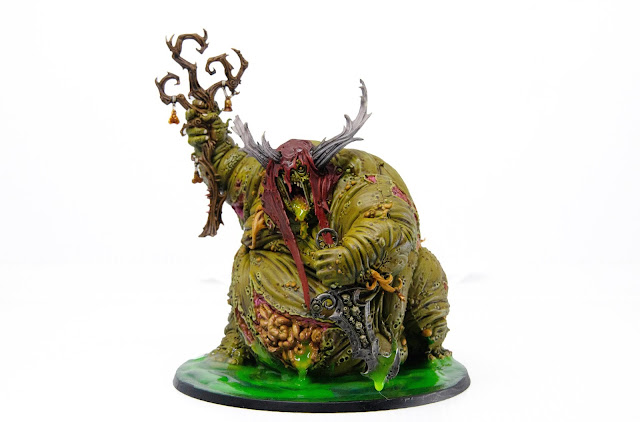 A quick conversion on this one turned him into an adept of Nurgle. 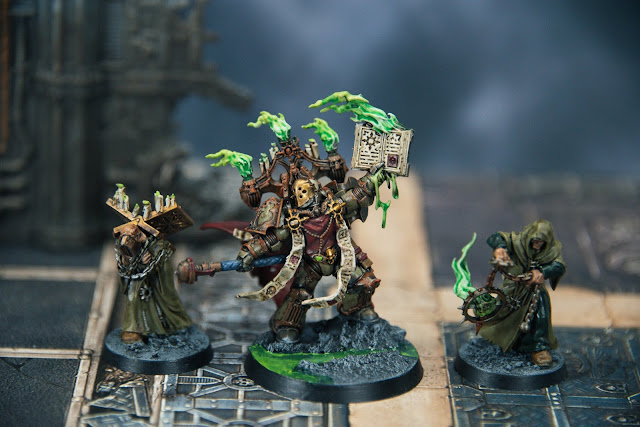 This was one of the major conversion projects of the year. The chaos defiler converted to become a mobile platform for a Nurgle rock band. Ready to assault your ears with their sonic evil. 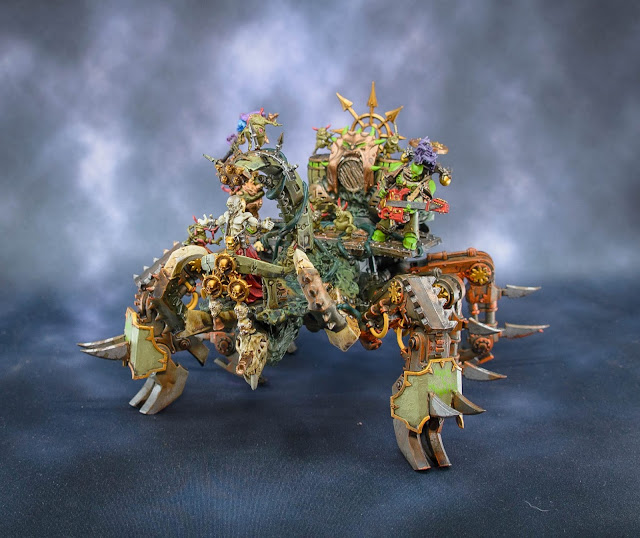 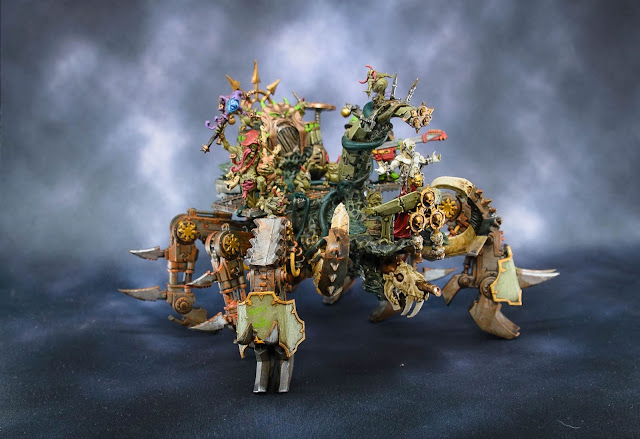 This was a relatively simple one, but I really liked the results. 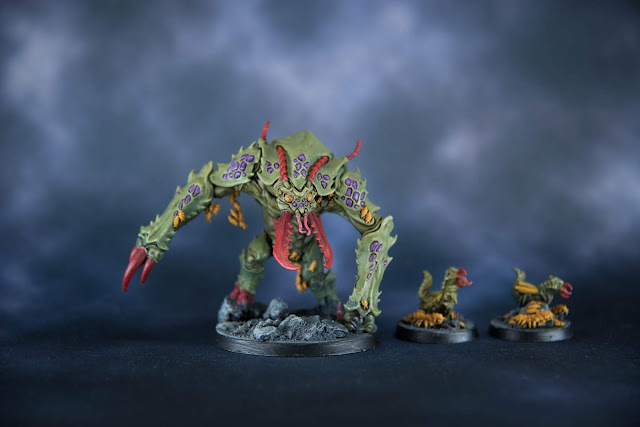 All of these sculpts were interesting and fun to paint in different ways.

Of course I converted the new Ad Mech tank this year. 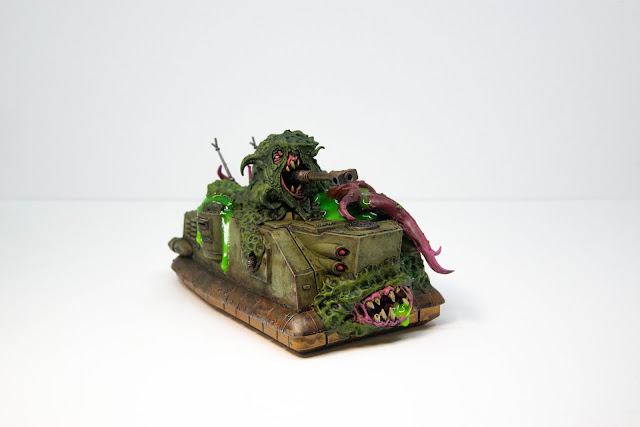 Another conversion of a new AD Mech sculpt from the beginning of the year. Adding all the little legs was so much fun! 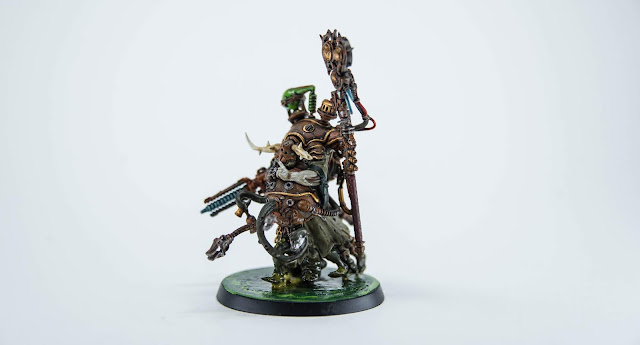 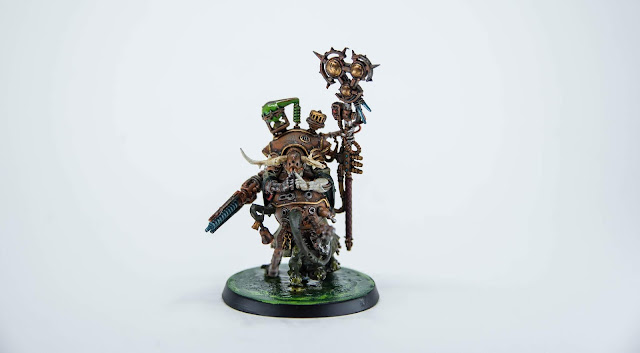 This one another major conversion, but it makes a great centerpiece for my corrupted Ad Mech force. 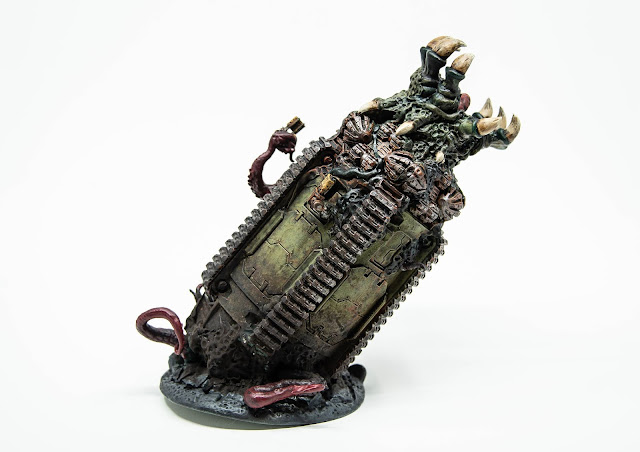 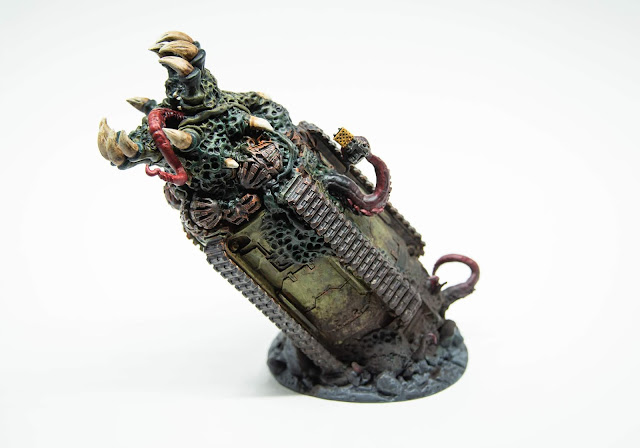 I picked up the new Hellboy game, and had fun painting up this pair. 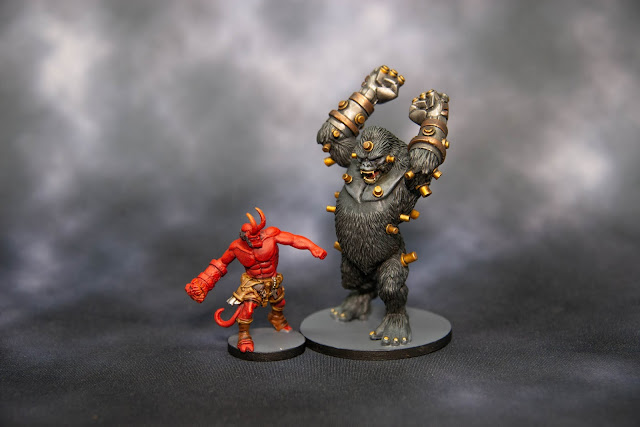 Yes, I couldn't resist converting another knight into a Nurgle abomination. 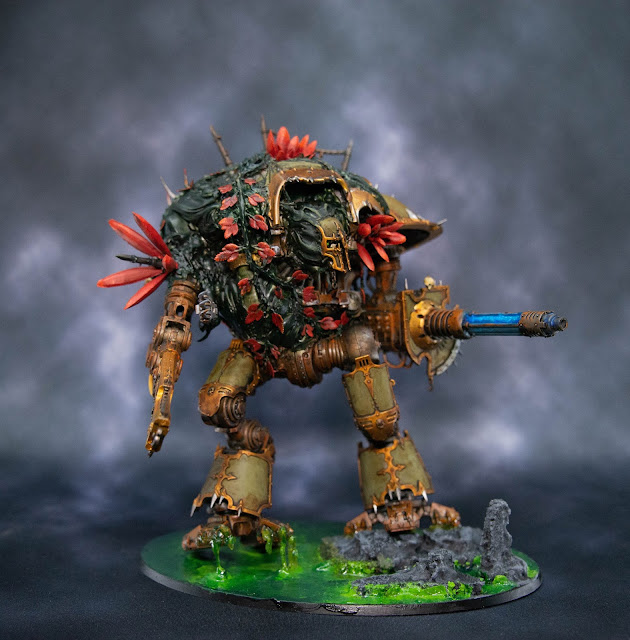 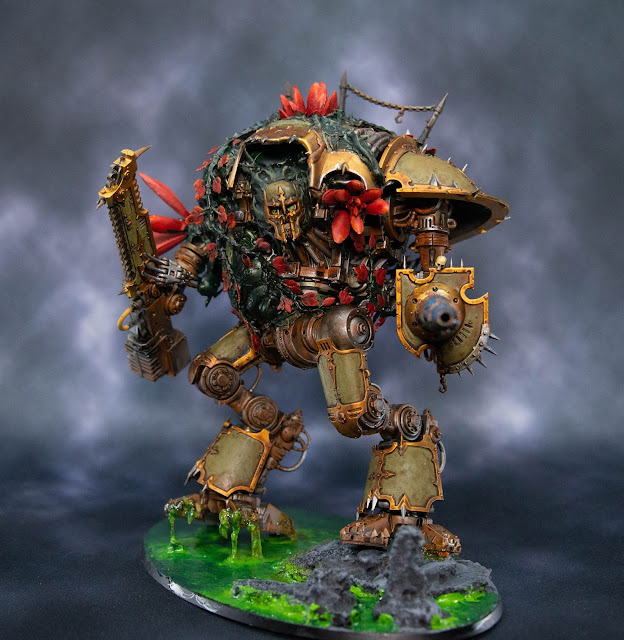 Another productive year at the painting table!