on December 10, 2019
Today's entry in this list of my favorite things of 2019 almost feels like a double value pack!

Not only was Netflix's prequel to the Dark Crystal a wonderful piece of puppetry and storytelling, it also came with one of the best 'Making of' documentaries in recent memory. 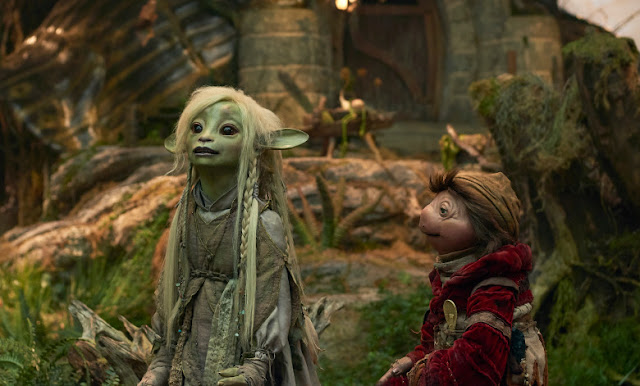 While initially I admit I was slightly disappointed that The Dark Crystal: Age of Resistance was a prequel series (I just don't get as excited about stories that we know the ending to), that reservation was soon forgotten as the Henson company returned to one of their classics and brought the world to life like never before.

This was truly an amazing combination of old fashioned puppetry, and, well, modern puppetry and technology. Everything is so obviously crafted by expert hands. It breathes a wonderful and specific sense of life to proceedings that just can't be replicated by CGI alone (and worth noting here, they did use modern CGI to augment the puppetry here, but it is seamless)

This wasn't just nostalgia. It was using this opportunity to push the techniques possible with puppetry to a whole new level. Much in the way that Laika continue to push stop motion forward, this is the Henson Company pushing the craft they first pioneered decades ago. 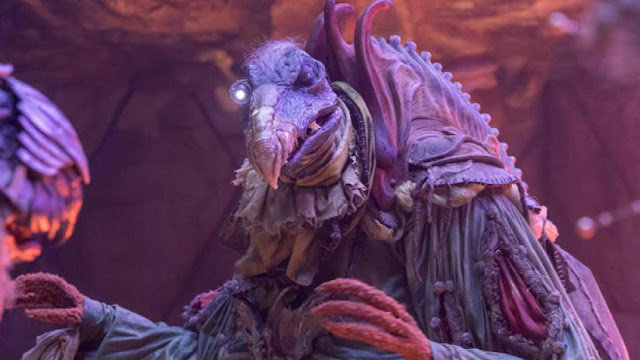 The performances were also top notch. If you had any doubts as to whether puppets could genuinely convey emotion, this show might just convince you. It helps to have assembled a stellar cast including Taron Egerton. Anya Taylor-Joy. Nathalie Emmanuel, Alicia Vikander, Simon Pegg, Mark Hamill. Jason Isaacs, Mark Strong, Helena Bonham Carter, and even Sigourney Weaver as your narrator.

This was also a great lesson in world building. The world of Thra was explored deeper here than would ever have been possible in movie format. We got to learn much more about the culture, history, and races of Thra. It was all wrapped together in wonderful little visual details that elevated almost every scene.

As I mentioned at the top, there is also a fantastic documentary that Netflix included in the series that tracks the making of the series. It is great stuff, and shines a light on the creative process, and the technology experiments they tried along the way to try to update puppetry for a modern audience. This includes some fascinating footage of a hybrid puppet / CG approach that convinced them to go full puppet! They made the right choice.

So don't miss out on this one. It's masterfully crafted storytelling.