on December 14, 2019
Today's entry to this list of my favorite things of 2019 is the one game of the suddenly crowded Auto-chess genre that I have gotten hooked on.

Riot's Team Fight Tactics is there take on what evolved from the Dota 2 mod Auto-chess. I'd sunk a fair amount of time into Auto-chess, but it was the appearance of Riot's entry that grabbed me the most.

Whether it's the clever use of the League of Legends characters, or the slightly more casual friendly changes combined with an item system that I prefer, this has become my go to game to play in the background while I paint or catch up on a TV show.

There is something to be said for a game that plays itself between tactical choices in terms of pacing. 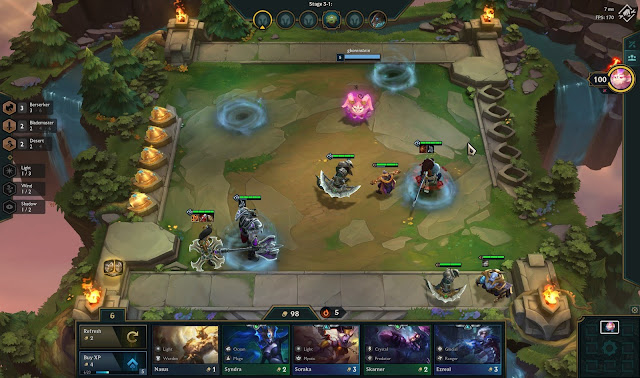 It helps that because it isn't reaction based, I can actually compete in ladder. Yes, there is a large component of RNG, but once you get deeper into it, there is also a reward for strong tactics and knowledge of all the synergies.

I also like the approach Riot have taken with patching and updating the game, with seasonal rotations of the entire roster, and smaller focused changes mid season. So far it has kept the game fresh, and rewarded experimentation as new units and synergies are added.

This one just clicked for me.