on December 20, 2019
Today's entry is a game that has a more famous inspiration, but clicked for me in ways it's more illustrious cousin has failed to do.

Dauntless takes it's inspiration directly from the Monster Hunter series. In a world that includes the excellent Monster Hunter World, you might think that another game in the same space feels slightly redundant.

However, for me at least, the streamlined and stylized approach of Dauntless forgoes the traditional world building and filler of the Monster Hunter games to put the monster combat itself front and center.

A central town with vendors serves as a hub or lobby where you sign up to chase down Monsters on small instanced islands. It's all very compact. Where Monster Hunter wants you to know it's world is huge, here the game doesn't hide the fact its putting you straight into the action. 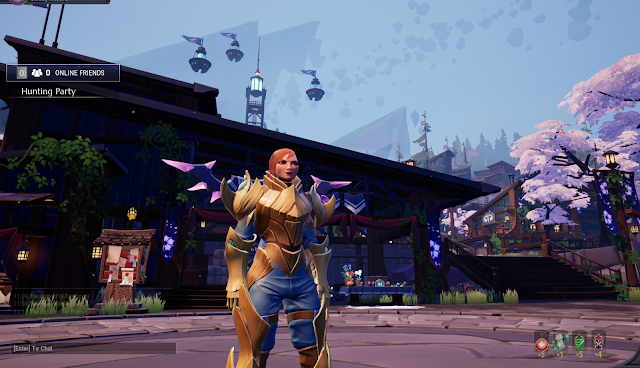 Likewise the surrounding item systems eschew the deeper complexity of Monster Hunter for a much more immediately understandable elemental based rock-paper-scissors system. Going up against Ice creatures? Get a fire sword and ice armor.

This isn't a 'this is better' type of argument. There exists a place for both games. MHW is deeper and has more interlocking systems, and a degree of complexity just above what's on offer in Dauntless. Dauntless on the other hand has its immediacy, and a pick and up and play core loop that still rewards mastery. 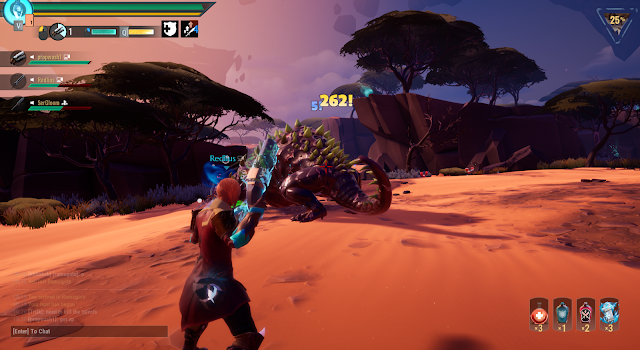 It is also a great example of platform cross play. The game is pretty seamless and you play alongside players of all formats without it detracting from game-play. The match-making does it's job pretty well, and makes grouping a breeze.

The developers have continued to update the game, and recent additions show an understanding that a game with such a simple core loop will require a pretty decent stream of new modes and challenges. They've done a good job of that so far.

I kept coming back to this one throughout the year. It is also officially out of 'early access' now, and is well worth your time if you want some simple monster battling fun.