on December 24, 2019
The final entry in this advent calendar of my favorite things of the year is my three favorite games of the year.

I've already mentioned some fine games on this list. Control was excellent, Sayonara Wild Hearts was stylish, Nowhere Prophet was fun, I keep going back to Team Fight Tactics and Dauntless, Star Wars - Fallen Order gave us a good Star Wars single player game finally, Sekiro was a 'Souls' game I actually liked. Rage 2 was mindless fun, and Afterparty was a wonderful party with the devil.

I enjoyed them all, but three others stood out a little apart for me.

Just to be confusing, two of them have similar titles, but both are worthy of game of the year discussions for me, albeit for very different reasons.

Outer Wilds and Outer Worlds, both see you jumping into a spaceship to explore a series of planets, but there the similarities end, and both offer an interesting and engaging experience.

Outer Wilds is a relatively simple indie space-faring offering that on it's surface seems like a short gimmick spun out into a game. You are trapped in a time loop, replaying the same 22 minutes over and over, as the systems sun will go supernova in 22 minutes. 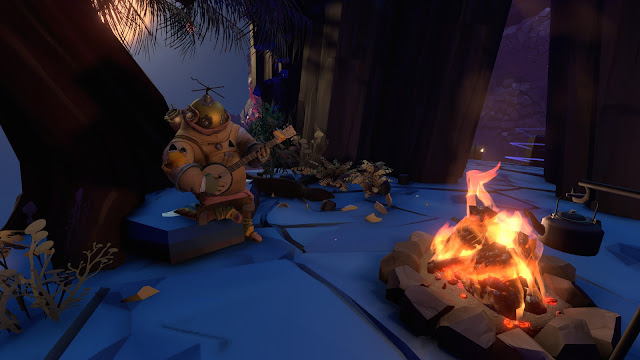 It loosely has survival elements, you are balancing health and oxygen resources, but that's not the point of the game. The controls are decidedly average. When you start you assume that your task is to uncover the reasons for the supernova, and you have to try to piece together a solution in 22 minute installments.That is your goal, but it's what happens along the way that makes the experience special.

Preventing the supernova is just the plot, the genius of the game is in the little narrative details. This is a game that rewards exploration. It truly excels as you start to peel back the layers and understand how all the pieces fit together. The worlds and characters are wonderfully evocative, and the puzzles that need solving get pulled back at just the right pace.

It is a unique game that transcends it's simple set-up by injecting it with character.

Outer Worlds on the other hand is the latest effort by the developers at Obsidian.It comes from the minds of the original creators of Fallout, and while initially the similarities to Fallout are obvious in everything from the setting to the combat, systems, and UI, the more you play the more the better comparison is actually to Mass Effect 2 (albeit a much shorter one) 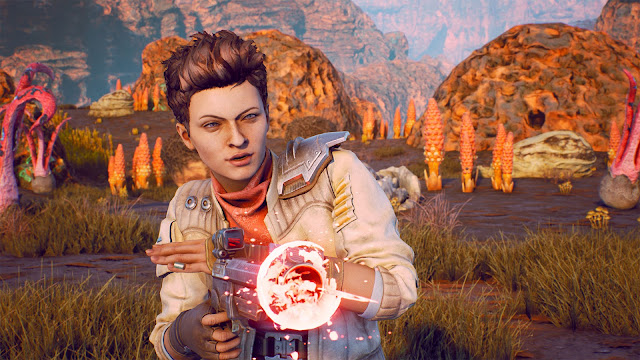 What made this one so wonderful for me, was that it was one of the first RPG games in recent memory that genuinely let you play the way you wanted to. Combat was largely purely optional (although it was unavoidable in places), and it was possible to use your dialog or science skills to navigate the game entirely.

You gather a crew and go on adventures across different planets to thwart a corporate entity that is ruling the worlds of the game. Gameplay wise this is close to the Fallout games, but wraps in the ability to have your companions join you in much the same way as you did in the Mass Effect games.

So even if the inspirations on show here are all pretty clear, I enjoyed this one because it is executed so well. The world and characters are interesting, and the choices generally avoid the 'Good' and 'Evil' choices of other games. The situations here are shades of grey and you'll make your choices more based on your own opinion of the various factions and characters, rather than an obvious systemic choice.

I'll always be a sucker for any RPG that lets me solve problems with something other than violence. This one let me do so to a far greater extent than in any other game in recent memory.

Then we have the final entry. The one that truly stood out for me, both as a long time fan of a series, and as a designer.

My favorite game of the year is Total War - Three Kingdoms. 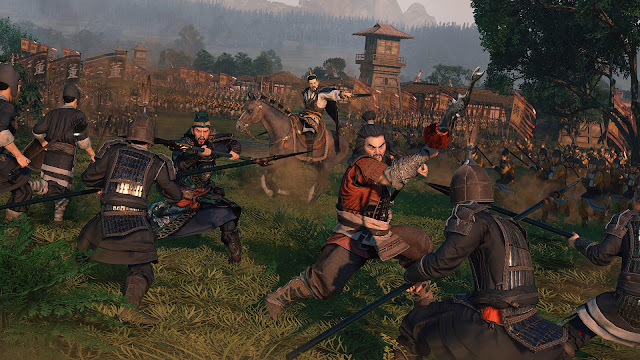 It is a refinement of a genre that developers Creative Assembly have already mastered. They just keep getting better. In a genre that doesn't get as much attention these days, they could have sat on their laurels and use exactly the same engine to pump out their annual war games.

Instead they constantly push at the edges of an already excellent formula. They use each series as a way to explore how to push their genre further.

Three Kingdoms does that with style. It is the best Total War game to date. 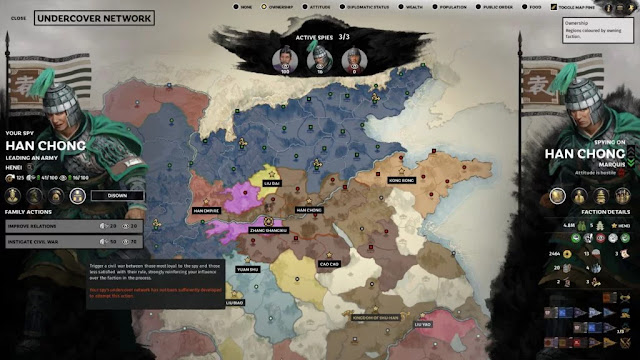 The campaign level system takes all the learning from their previous efforts and gracefully makes a slew of little improvements that create both depth and ensure things are more intuitive than ever. 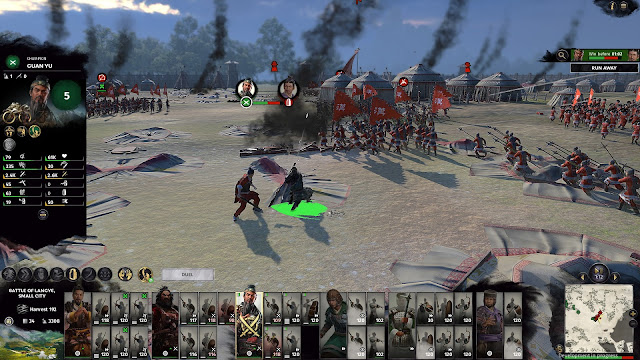 The battle sections look amazing. The graphics continue to excel, which helps sell the results of the tactical decisions you make on the battlefield.

The battle section UI also maintains the levels of excellence, with information still being clear whether you are zoomed all the way in, or viewing things from a thousand feet up.

As a designer I marvel at the ways they keep find subtle ways to improve the experience of their formula. Whether it was the wonderfully themed UI elements. I mean, look at the skill tree below. Beautiful and still clear and informative. 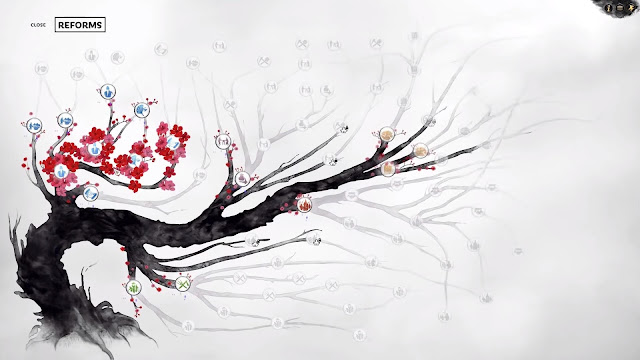 This is a dev team dedicated to continual improvement. Their passion for the genre shows through in every small detail.

I love strategy games, and this is by far the years best entry in the genre.